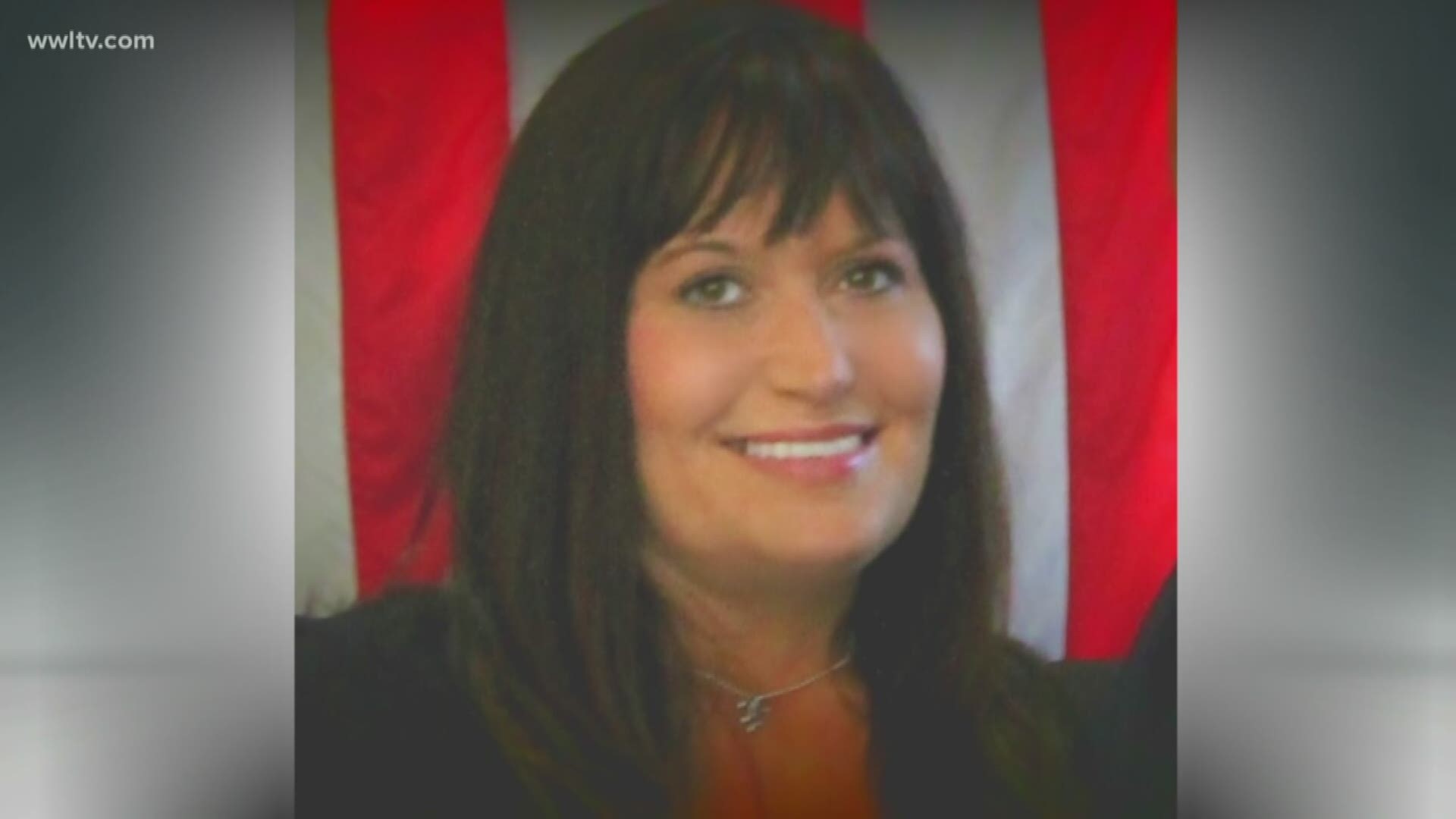 ST. TAMMANY PARISH, La. — The St. Tammany Parish Sheriff's Office arrested a federal investigator on a criminal defamation charge for criticizing the STPSO and one of its own investigators, while leaking information about the high-profile murder of a Covington fire chief’s wife that has gone unsolved since 2017.

Federal Agent Jerry Rogers Jr., 46, was arrested and booked into the St. Tammany Parish Jail on one count of criminal defamation Monday. Roger is an investigator with the Office of Inspector General for the U.S. Department of Housing and Urban Development.

Krentel was found shot and killed, her body burned inside her house in July 2017.

“It is our duty to diligently investigate any claim or possible lead that may further any open or active investigation,” Sheriff Randy Smith said. “In this particular instance, our investigators were able to uncover the malicious, surreptitious, and criminal actions of an individual whose intent was motivated by his efforts to defame, create distrust and otherwise prey on the emotions of a victim’s family.”

In a news release Monday, STPSO said Rogers used a fake name to create an email account and sent messages about the STPSO and the case to Krentel’s family members.

Her family has been active on Facebook urging law enforcement agencies to find who killed her for months now.

Before working for HUD, Rogers worked for the STPSO from 1998 to 2009. He left the office on his own accord, STPSO officials said.

Rogers bond was set at $3,500, court records show. Louisiana's defamation statute has been ruled unconstitutional by the state Supreme Court when it's used for speech targeted at elected officials.

The arrest comes on the heels of the firing of Sgt. Stefan Montgomery, one of a team of Sheriff's Office investigators assigned to the Krentel case.

Documents from the Sheriff's Office said that Montgomery shared privileged information with someone outside the agency on multiple occasions. "This person then in turn used that information to defame the investigation, (Sheriff's Office) personnel and the ... agency," according to a document concerning Montgomery's termination.

PREVIOUS: Sheriff sits down for in-depth interview on Krentel case

Krentel, wife of former Covington-area Fire Chief Steve Krentel, was discovered shot in the head in the rubble of the couple's Lacombe home. Three autopsies, one of which was commissioned by Krentel's father Dan Watson, have all deemed her death a homicide. The State Fire Marshal's Office says it believes the fire was set intentionally.

Krentel retired as chief in September of 2018.

Smith has drawn some criticism for his agency's handling of the case, such as a statement he made early on that his agency did not necessarily support the Coroner's Office's conclusion that Krentel's death was a homicide.

But since then, Smith, who is running for re-election Oct. 12 against two challengers, has stressed his agency's commitment to investigating Krentel's death as a homicide and to finally making an arrest.

Montgomery, a 12-year Sheriff's Office veteran, said in a statement last week that he was assigned to a "high-profile homicide investigation" in December 2018 and given the job of getting digital records and other evidence that had been overlooked or previously not obtained in the initial investigation.

"We were told to 'think outside the box' and 'leave no stone unturned,'" Montgomery said in the written statement provided to WWL-TV and The Times-Picayune | The New Orleans Advocate. The team also reached out to other law enforcement agencies and tech firms for guidance.

"I recently learned that a federal agent I had apparently conferred with ... created a fake email address and was sending bits and pieces of case-sensitive information wrapped in conspiracy theories to the victim's families, as well as political camps," he said.

"Due to this 'leak' my employment was terminated on Aug. 20, 2019, because the emails allegedly defamed the agency and the investigation."

But what appeared to be an internal investigation into Montgomery's communications prompted Brian Trainor, an attorney who represents Rogers, to write a letter to the agency.

The names are redacted in the letter, but Trainor confirmed that it dealt with Rogers and Montgomery.

"Like all law enforcement professionals, he wants nothing more than to see the guilty party or parties held responsible for the homicide of Mrs. Nanette Krentel, provided the evidence establishes that this matter was indeed a homicide as indicated by Dr. Charles Preston, coroner for St. Tammany," Trainor wrote of Rogers.

He said that after a conversation, his client was left with the impression that someone had obtained his private email accounts via a subpoena and/or search warrant.

"Since the target of your inquiry is purported to be a member of the St. Tammany Parish Sheriff's Office, it is unclear why a subpoena and/or search warrant ... was necessary," Trainor wrote, pointing out that the agency could have compelled the suspect employee to provide the information.

Trainor said that Rogers reviewed all the emails that had been forwarded to Krentel's sister, who lives out of town and is a fellow law enforcement official. "He can say with certainty that none of the information contained in the emails came from any active member of the St. Tammany Parish Sheriff's Office," Trainor wrote.

He concluded by saying Rogers "was merely a conduit of information" to a victim's family in their time of need and had no intention of affecting the investigation and that he "regrets his choice of words and portrayals of certain members of the agency."

Trainor said Monday that he is not aware of an alleged false identity for Rogers. "I don't know the facts. I don't know any of the allegations," he said. “It was confusing in the beginning, and it still is.”

But he said any communication between Rogers and Montgomery "was communication of one law enforcement professional to another with the goal of trying to solve a crime … and bring closure to the victims.”

Montgomery said he was denied an administrative appeal of his termination. He added that it is "very upsetting that months of my work will fall by the side, and this family will still be left with more questions than answers."

Criminal defamation is defined as "the malicious publication or expression in any manner, to anyone other than the party defamed, of anything which tends:

- To expose any person to hatred, contempt, or ridicule, or to deprive him of the benefit of public confidence or social intercourse; or

- To expose the memory of one deceased to hatred, contempt, or ridicule; or

- To injure any person, corporation, or association of persons in his or their business or occupation."

If found guilty of defamation, Rogers faces up to six months in prison and up to a $500 fine.