Rockingham County Communications confirmed a body was found inside a building in Reidsville on the 200 block of Brooks Road. 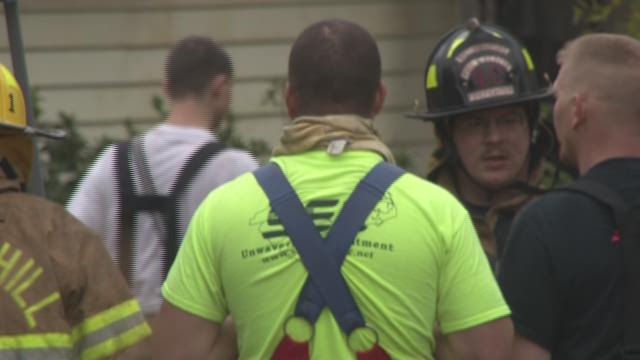 ROCKINGHAM COUNTY, NC -- A fire at a vacant house has turned into a homicide and arson investigation.

Saturday morning, the Fire Department was called to a fire at a vacant house. Rockingham County Communications later confirmed a Jerry Lacy Pulliam, 45, was found inside the building, located in the 200 block of Brooks Road in Reidsville.

After the fire was extinguished, the Fire Department discovered the person inside had been shot.

The case is now being investigated as a homicide and arson, the sheriff's office confirms.

The person's identity has not been released.

Anyone with information about this homicide/arson or with possible knowledge of the identity of the deceased is asked to call the Rockingham County Sheriff’s Office at 336-634-3232 or Rockingham County Crime Stoppers at 336-349-9683.