The Danville Police Department is investigating a gang that is making treats to harm or kill officers. 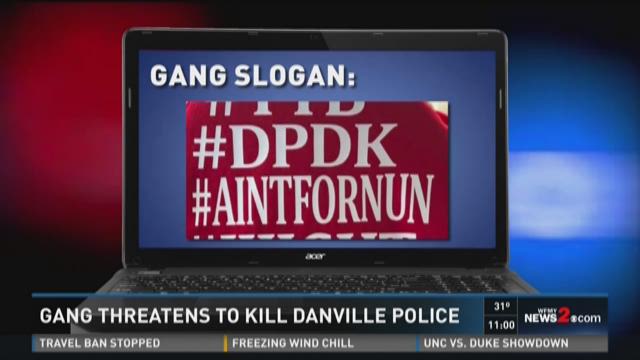 DANVILLE, VA – The Danville Police Department said it has received numerous threats to harm or kill officers from a gang.

Investigators said threats have been coming into the station targeting individual officers as well as the entire department.

Police officers have also been targeted on patrol. In the past several months, two Danville Police vehicles have been struck by gunfire. Another vehicle was shot at but was not hit. The shootings all happened while officers were on routine patrol.

The Police Department said officers are not scared to do their jobs.

Captain Haley, said, "In fact, they're enthusiastic to serve these warrants and catch the guys."

Right now, people in the community can expect to see more SWAT on patrol serving warrants.

Captain Haley said they want to avoid a police-involved shooting but ‘the gang has made their inventions clear, They want to target and kill cops.”

They also said the gang is using an ambush style technique.

Captain Haley said, “We're not just going to stand there and be at target. And unfortunately we're not the one who makes the call whether or not the bad guy pulls a gun and start shooting.”

The Department is asking for assistance regarding any information about gangs, gang violence and threats to do harm to police officers or anyone else. If you have any information call 434-799-6510.