Do you know this woman? Crime Stoppers is asking for help identifying her. Call 336-373-1000 to submit an anonymous tip. 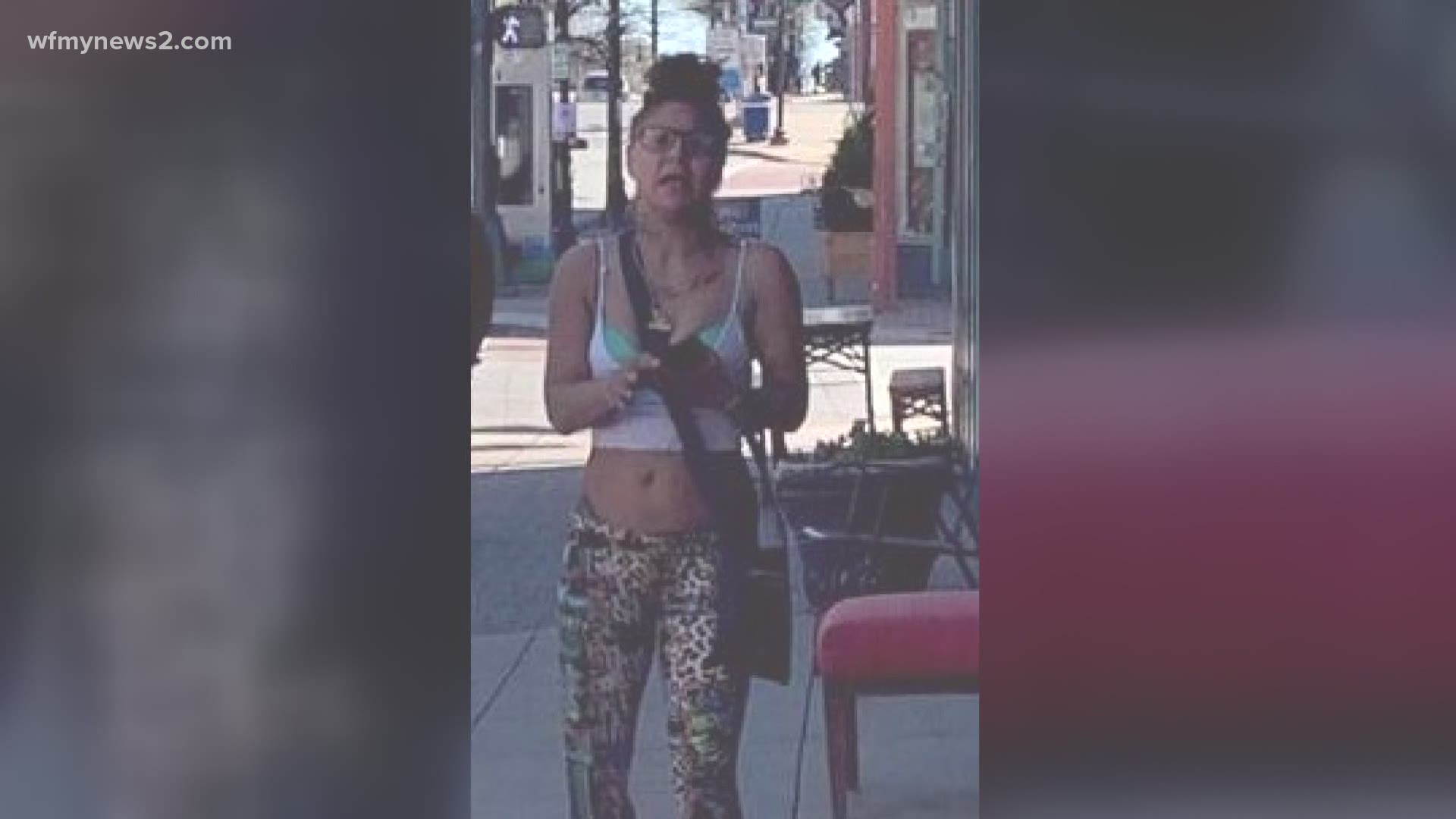 GREENSBORO, N.C. — Millions of people across the United States work in public places. You see them all the time. Many of them are your neighbors. People working in public spaces share the community with those around them. Regardless of whatever job they hold, those people deserve the same respect as anyone else.

Greensboro police are searching for the woman who threatened to physically harm and spat on a WFMY News 2 reporter on Monday afternoon around 4:15 p.m.

The incident happened while Adaure Achumba and photojournalist Sean Higgins prepared for a live report on Elm Street in Downtown Greensboro.

A woman walked up behind Adaure and shouted in her ear, startling her. When Adaure asked the woman what she was doing, the woman threatened her and spat on her face shield.

Photojournalist Sean Higgins stepped in to make sure nothing else happened, and the woman eventually walked off.

Police are investigating the incident as a simple assault after a report was filed with GPD. Crime Stoppers is asking anyone with information to call 336-373-1000 or go to P3tips.com to submit a web tip. All tips to Crime Stoppers are anonymous.

Credit: Crime Stoppers
Crime Stoppers is actively searching for a woman who was involved in a simple assault on a WFMY reporter in downtown Greensboro.

We share this story not only because it happened to one of our own, but because it shouldn't happen to anyone in a public space. Everyone deserves the same level of respect, whether passing by on the street or simply doing their job in a public place.

RELATED: Man charged with spitting at Disney World guard who asked him to put on mask