Police are investigating a shooting that turned deadly on Holden Road in Greensboro. 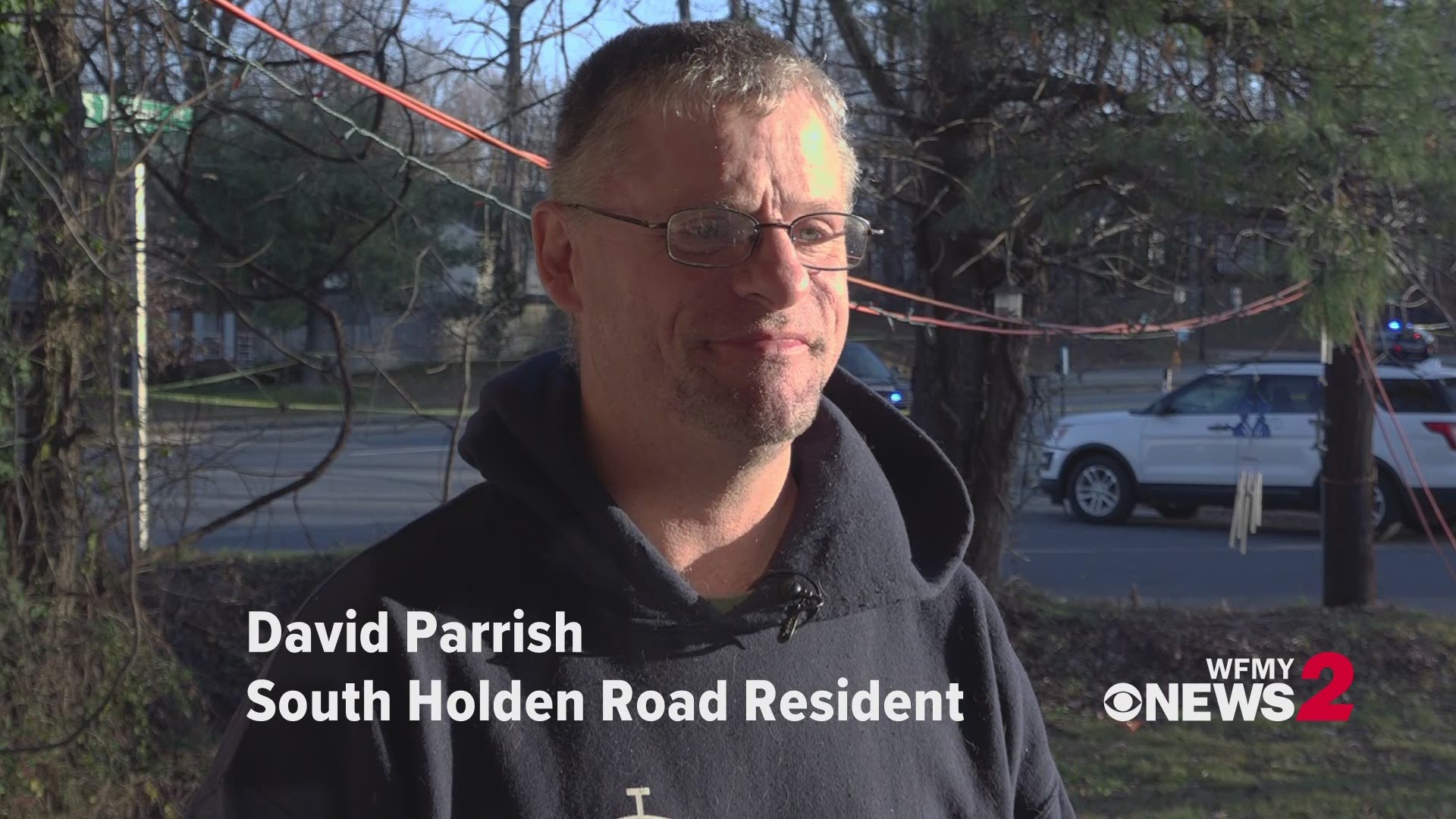 GREENSBORO, N.C. — Police are investigating a deadly shooting on South Holden Road Wednesday afternoon. The homicide is the 44th  in Greensboro, North Carolina this year, tying the all-time city record for murders in a single year, set earlier in 2017.

According to a release, it happened a little before 1:00 p.m. Police responded to a call about a shooting, where they found the victim already dead. No other information about the victim has been made public at this time.

Police then closed off South Holden from Patterson Street to West Florida Street and began their investigation.

Greensboro Police Department Deputy Chief Michael Richey said there appeared to be an altercation between individuals in two cars before the situation escalated to gunfire. The suspect is believed to have been in a white sedan with tinted windows.

Richey says it is critical to call CrimeStoppers at 336-373-1000 if you have any information.

"We're seeking help from the community. The gun violence problem in Greensboro is not simply a police problem," Richey said, "It is a community problem that we've got to focus on as a holistic approach within the community."

In 2019, Greensboro law enforcement seized more than 1,000 weapons from the streets that were involved in crime or illegally possessed, a record for the GPD. Richey pointed to the record Greensboro death toll paralleling increased enforcement of gun control laws as a reason to continue to explore additional alternatives to the city's gun violence problems.

"We've got to come up with solutions to address the underlying factors that lead someone to believe that picking up a gun is the right way to handle violence," he said.

David Parrish, who lives on South Holden road near the crime scene, agrees.

"Forty-four deaths," Parrish said, "That's a lot. We all wish it would stop. It’s enough. It’s enough, ya’ know? We’ve all had enough."

"This is not a violent area," Parrish continued.

Richey said most violence in Greensboro is not random, occurring between people who know each other. There are programs, Richey said, currently implementing methods of focused deterrence, which Richey said spurred improvement this year, despite the overall death toll.

"Eighty to ninety-five percent of violent crime is committed by twenty percent or less of people," Richey said, "so we're trying to focus on that small number of repeat offenders. But they have to be willing to change."

16-year-old son charged in shooting death of his mother, bond set at $1 million