After being shot between the eyes, officer said his faith is why he's back at work

Officer Matt Cooper was shot between the eyes in the line of duty in September of 2018. His recovery since then has been miraculous. 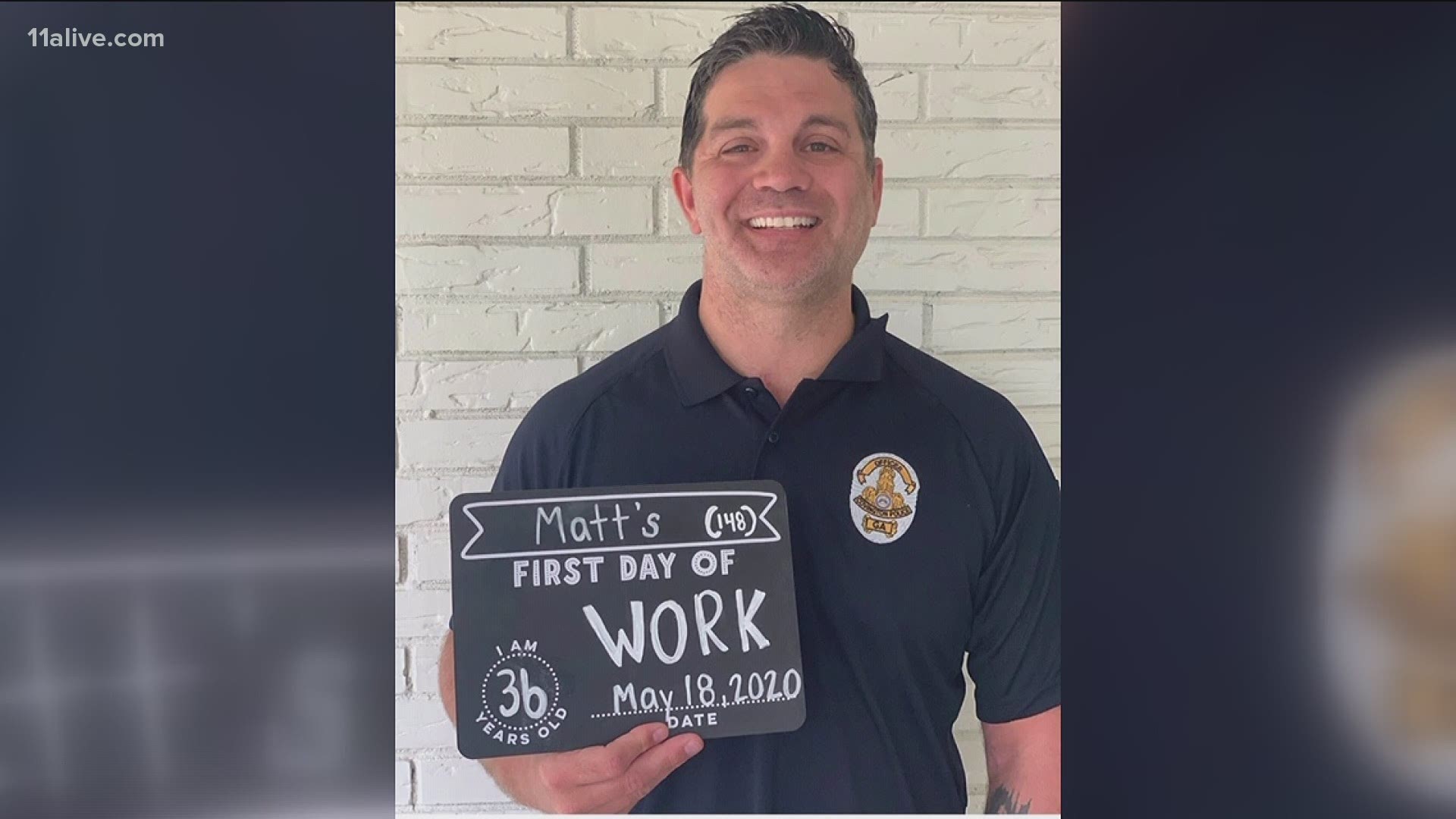 ATLANTA — Twenty months after he was shot between the eyes, Covington Police Officer Matt Cooper is back at work.

He shared what it was like to put the uniform back on to get back to work.

"There was many days when I was just broken during my recovery. I didn't think I could do much more mentally or physically. So I broke down and started praying again, and it renewed my faith in God," said Officer Matt Cooper.

He said his faith and his family got him through his recovery.

"I always knew Matt was strong. He was a solider, a sniper, I always knew he was strong. But throughout this journey, I've seen a different level of strength in him," said his wife, Kristen.

Cooper was shot responding to a shoplifting call in September of 2018. The couple's children were just two and four when it happened.

"The conversations we've had with them throughout this journey and hearing their response just makes me proud of them and makes me realize they'll use this situation to do good for other people. I think it's made them more empathetic and understanding," said Kristen.

They admit it's been hard for all of them not to live in fear after such a traumatic injury.

"If we're in the car and we hear sirens go off, or an ambulance go by, I'll reach over and grab her hand and be like, look babe, I'm right here. I'm okay. I'm talking to you. Just letting her know that it's going to be okay," said Matt.

They both say their marriage and family has gotten stronger through Cooper's recovery but he said he doesn't want to be known for his injury alone.

"Even though a tragedy happened, I'm not going to let it define me as a person or a man," he said.

When he was first injured, Officer Cooper said it was so hard not being able to care for his family but his fellow officers, friends family, really stepped up to support them. He said they came over to mow their lawn, make dinner, and let him know they were all right behind him as he battled his way back.

Right now, he's on administrative duty, about two hours a day, helping with community events and getting new recruits geared up. He said he hopes to eventually join their training team.

The Covington Police Department is asking people to send well wished to Officer Cooper on their Facebook page for his day of recognition.

'Together we will run again' | Watch: Clydesdales in Anheuser-Busch ad