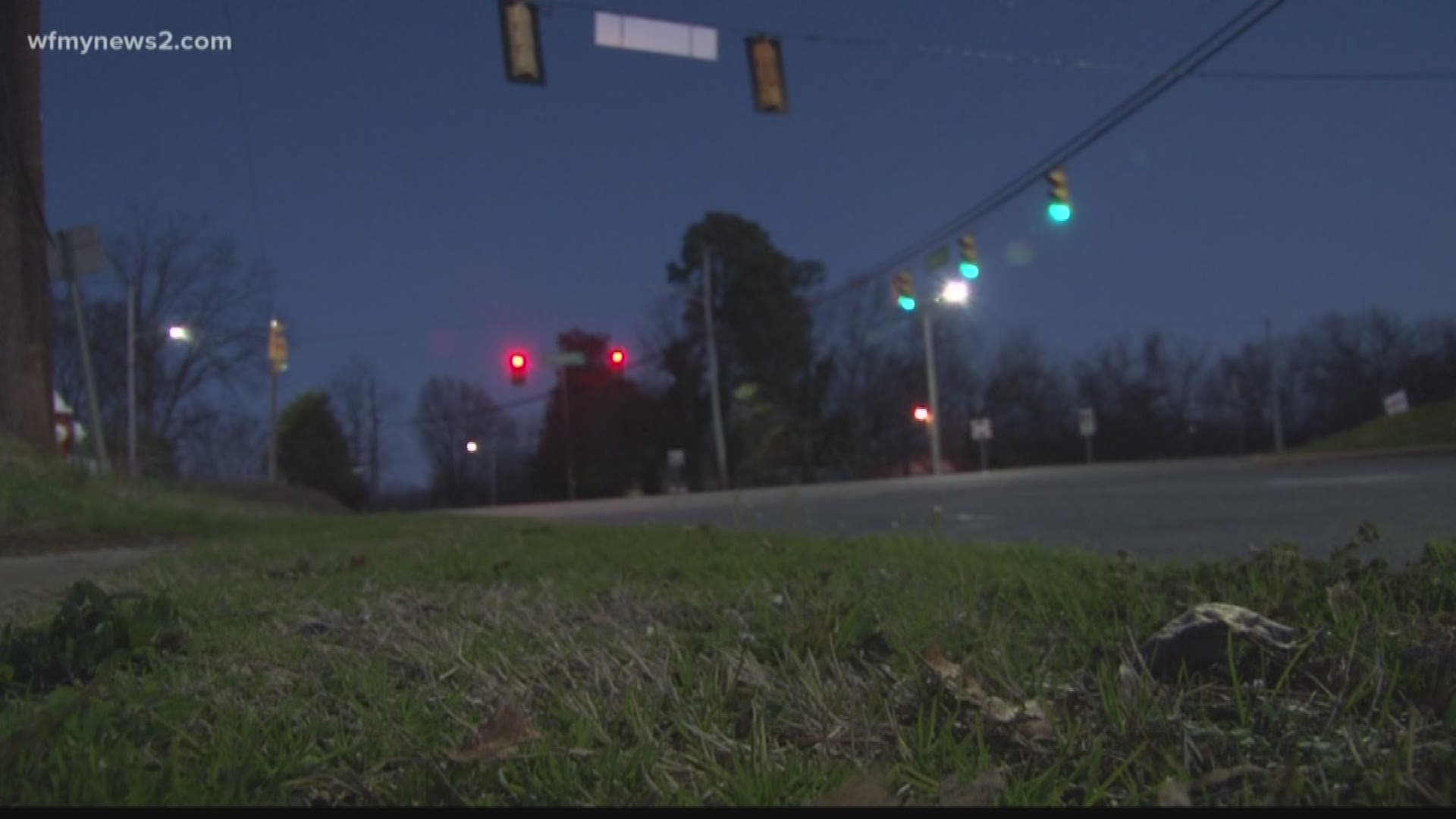 HIGH POINT, N.C. — High Point police have arrested a man charged in connection with what they're calling a crime spree.

At 5:37 p.m., police responded to a call about a possible Hit and Run involving a pedestrian. After investigating, HPPD officers determined a man, later identified as James Randolph Miller, 44, had intentionally struck two people, a 16-year-old male, and a 23-year-old male, while driving his gold GMC Yukon SUV.

Miller’s Hit and Run, police said, followed an argument with a group of people walking along East Russell Avenue. Both the 16-year-old and 23-year-old were among the group arguing with Miller, police confirmed.

Bystanders called 911. One caller told the dispatcher an ambulance was needed ASAP.

"He drove up and he tried to run over and he hit this guy and I think he tried to kill him," another caller said.

A few hours later, High Point police arrived at a house on Bridlewood Avenue to investigate a call about a public disturbance. At this location, police were able to identify Miller as the suspect involved in the earlier East Russell Avenue Hit and Run incident.

At the home, Miller had been involved earlier in a domestic disturbance, police said. Miller both threatened and physically assaulted his girlfriend at the home after arguing with his ex-wife on the telephone. The woman identified as Miller’s girlfriend “was present at the residence with a hatchet,” police said.

She managed to escape and run to safety after the assault, according to the report.

Miller, again, left the scene before police arrived at the house.

Skeet Club Road Near the Intersection of Aberdare Drive

After leaving the Bridlewood Avenue residence, Miller’s SUV rear-ended another vehicle on Skeet Club Road near the intersection of Aberdare Drive. He then backed up and intentionally rammed the same vehicle 2 or 3 more times before turning around and fleeing the area, High Point police said.

The victim in the crash called 911 and followed Miller’s SUV to obtain the tag number. Miller noticed he was being followed, turned the SUV around, and rammed the victim's vehicle head-on despite the victim's attempts to avoid the collision, officials said. The SUV crashed into a fence and got stuck in the mud, police said.

According to a police report, the victim managed to get out of their vehicle and run to safety.

Officers arrived at the scene where Miller’s SUV was still stuck at 8:26 p.m. Police found Miller still sitting in the driver’s seat of the SUV. They found marijuana and drug paraphernalia with Miller and arrested him, police said.

Police took Miller to Guilford County Jail in High Point under a domestic hold for the Assault on a Female charge. They gave him an additional $200,000 secured bond for the other charges which include the following:

Miller had his first appearance in court on February 14, 2020.