A mother and her child were hit by a car that didn't stop. 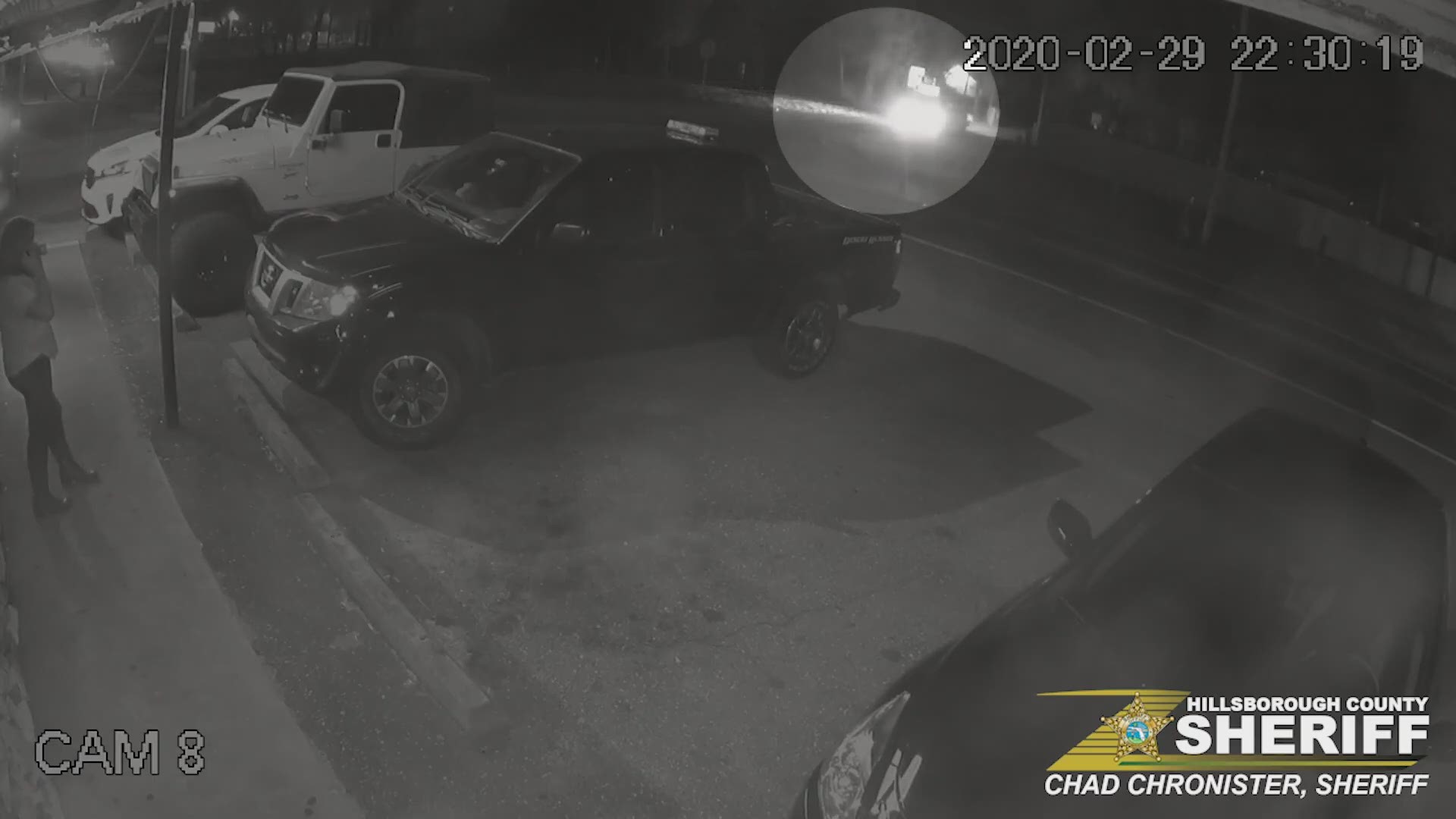 PLANT CITY, Fla — The Hillsborough County Sheriff’s Office released a new video from moments after a deadly hit-and-run to help catch the driver who killed a 5-year-old.

Deputies said surveillance cameras at a nearby business caught a car heading northbound on Rogers Road near the intersection of U.S. 92 at about 9 p.m. on March 1 in Plant City.

Investigators say a mother and her 5-year-old were walking with their mom on Rogers Road around 9:30 p.m. Saturday when a car hit them both.

The driver did not stop.

When deputies arrived on the scene, they immediately performed CPR and had the child taken to Tampa General Hospital by helicopter. The 5-year-old died at the hospital.

"We want nothing more than to bring closure and justice to the family of the innocent child whose life was taken by a careless driver, but in order to do that, we need the help of our Plant City residents," said Sheriff Chad Chronister. "We're asking anyone who may have been in the area of Rogers Road in Plant City the night of the accident to reach out to detectives with any information you may have that could solve this case. No tip is too small or insignificant."

Detectives said they have already ruled out two other cars that were seen in the area.

Anyone who recognizes the car in the video or has information related to the crash should call the Hillsborough County Sheriff's Office at (813) 247-8200 or Crime Stoppers of Tampa Bay at 1-800-873-TIPS (8477) to be eligible for a cash reward.

RELATED: Detectives looking for 2 more cars after 5-year-old was killed by hit-and-run driver in Plant City

RELATED: 'They will run them': Neighbors look for changes at flashing crosswalks after injuries