'His family knows him as dad' | Forsyth Co. Sheriff releases statement after request made to release video in John Neville’s death 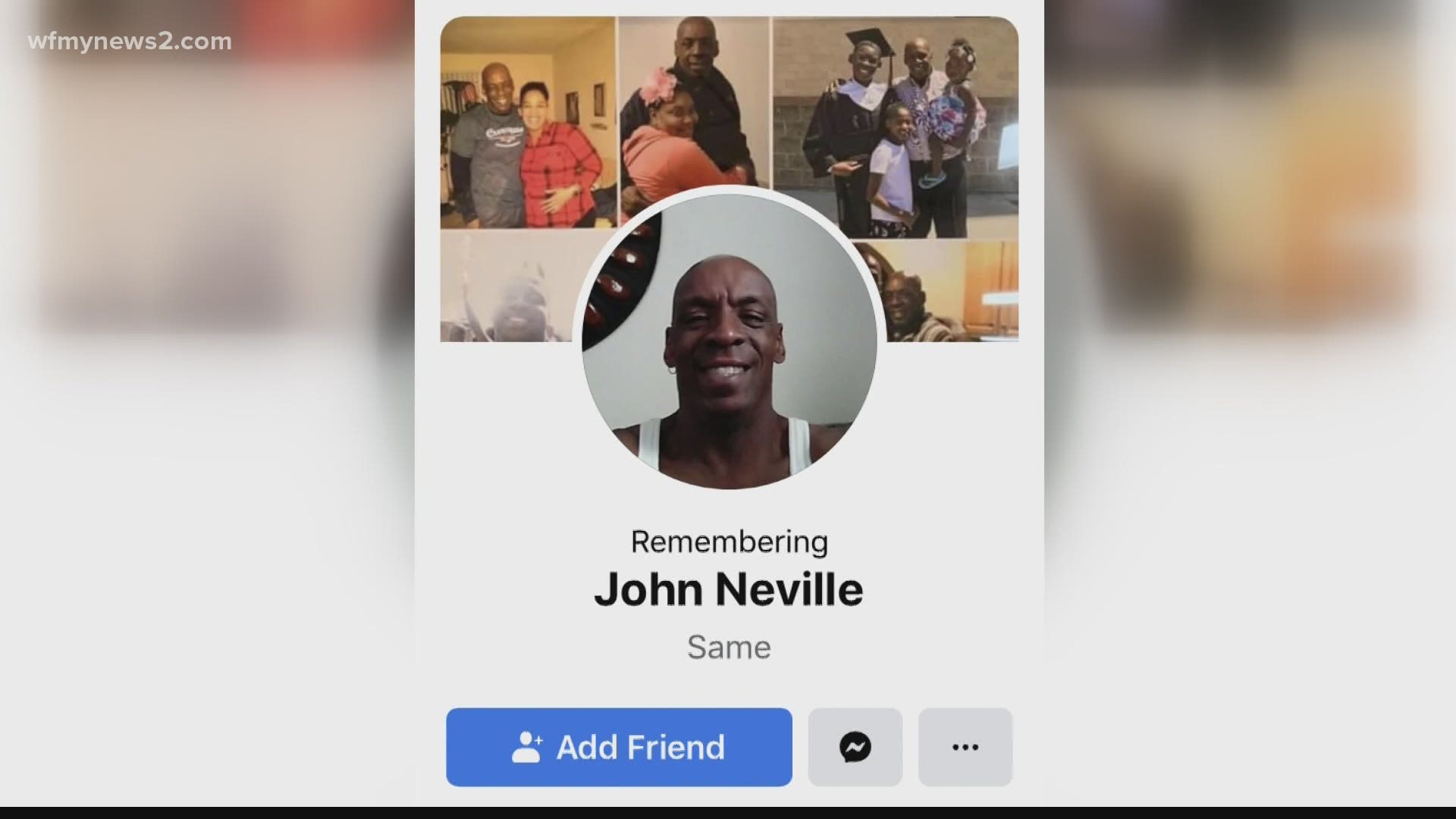 FORSYTH COUNTY, N.C. — Forsyth County Sheriff Bobby F. Kimbrough, Jr. released a statement after a public request was made to release the video in the death of an inmate.

Dr. Patrick Lance of Wake Forest Baptist Health conducted an autopsy on Neville. O'Neill said the final report of the autopsy revealed Neville died from a brain injury after he was restrained while in custody.

Lance's report said Neville repeatedly told detention officers he couldn't breathe as they tried to remove his handcuffs. According to the medical examiner's report, Neville had a history of asthma.

At a court hearing Tuesday, Sheriff Kimbrough asked a judge to keep the bodycam footage of his death out of public view.

Over the last few weeks, Black Lives Matter protesters have asked for the bodycam footage behind Neville's death to be released.

Sheriff Kimbrough released the following statement about the video:

While we knew him as John Neville, his family knows him as dad. We have honored the Neville family’s requests and decisions from the beginning and will continue to do so.

I recognize the release of this video is a delicate situation. As the Sheriff of Forsyth County, my concerns are always for the well-being and safety of the residents.

As it relates to this particular case, my concerns are four-pronged:

1. The concerns and desires of the residents of Forsyth County;

2. The integrity and transparency of the sheriff’s office;

3. How justice is applied to those involved in this incident;

4. And without question, the feelings of the family members of Mr. Neville.

While we knew him as John Neville, they still know him as dad. Any decision I have made regarding this incident has been made with the family in mind. I have not only taken the family’s feelings and requests into consideration, but I have supported and honored them. Today, I continued to do so by supporting their request in court.

Whatever is decided – we will honor the judge’s ruling in this matter. As a community, we must stand together and not break one another down, but instead break down the barriers that threaten to keep us apart.

As your sheriff of the office of the people, we will always stand on what is moral, what is right, and what is legal.

The five detention center officers charged in in Neville's death are:

According to the Forsyth County Sheriff's Office, a decision on the bodycam footage is pending, and there could be a decision on Friday.