In Marion County, bodies from overdoses are coming into the coroner's office every day, sometimes multiple times a day. 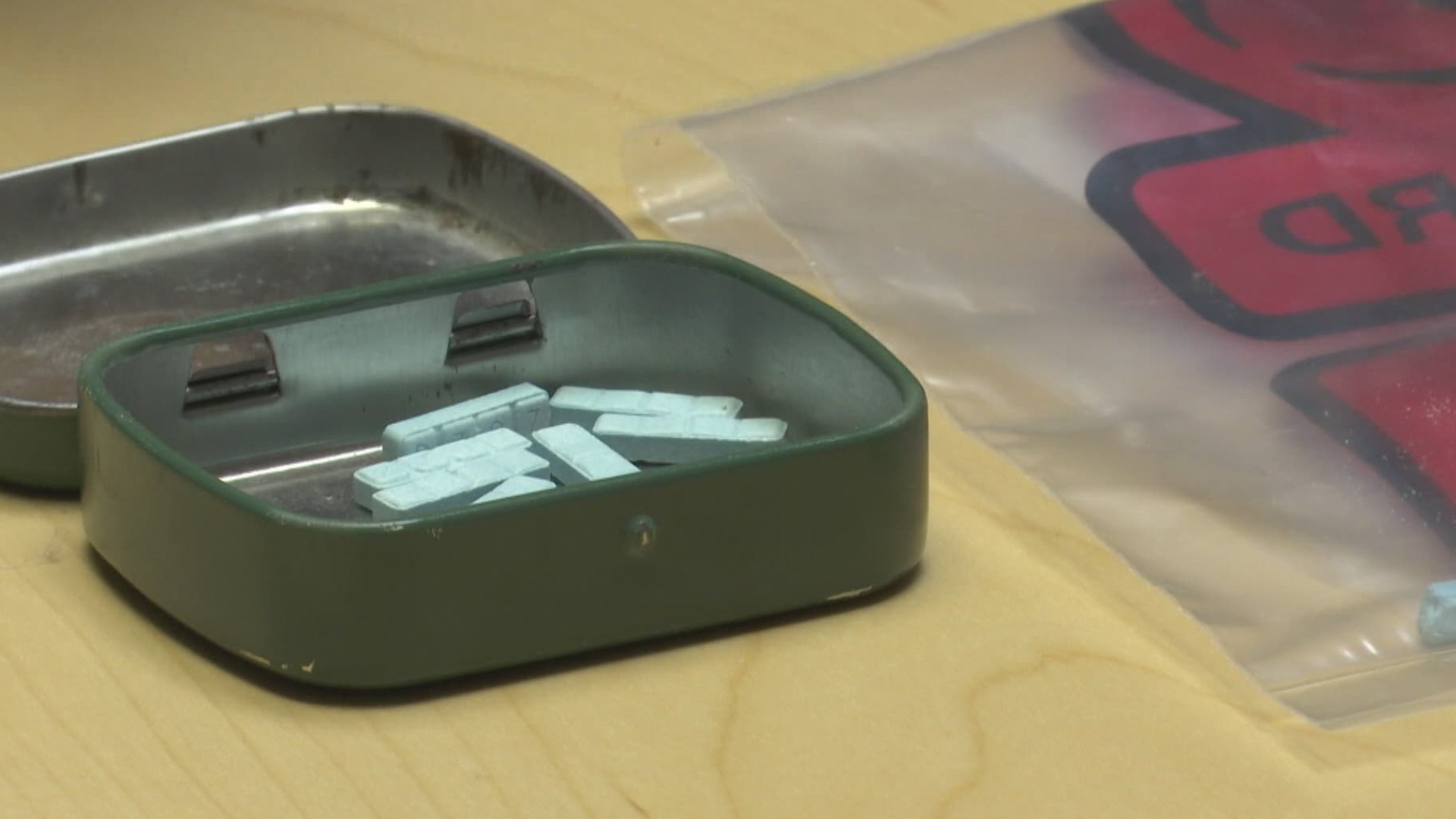 INDIANAPOLIS — The shootings, stabbings and murders draw attention, but the bodies from violence are just a drop in the bucket compared to a larger and growing crisis.

“This is three times worse than homicide cases that we are seeing,” said Alfarena McGinty, chief deputy coroner in Marion County.

In Marion County, bodies from overdoses are coming into the coroner's office every day, sometimes multiple times a day. It has gotten to the point it’s hard to handle.

“The caseload and the number of cases that we have seen even over the last two years even have really spread our staff really thin,” said McGinty.

Overdose deaths have been on a steady incline. In 2019, the coroner’s office reported 406 deaths from overdoses. That number grew to 638 in 2020.

It is a pandemic within a pandemic, felt at all levels of the system.

“I would say it’s at a pretty critical point, almost a breaking point,” Spencer Medcalf, a recovery coach at IU Health.

Medcalf often meets with patients after overdoses, often in the emergency room. He said calls for service have been steadily increasing, but just in the past two months, are up nearly 25 percent.

“We saw an initial increase during the first part of the lockdown and then it has just slowly kind of ramped up and we’ve hit that second wave,” said Medcalf. “Last week when I worked there, were no male detox beds for me to place patients in because they were all full.”

Michelle Crane knows the cost very well. Four years ago, she lost her daughter Cara to an overdose.

“She was outgoing. She had a personality like none other. She was just a beautiful soul,” said Crane.

In 2013, 13News profiled Cara in a series about addiction. It was a constant battle against an unforgiving disease that even led her to prison.

RELATED: Heroin in the Heartland

Crane said she was clean for a while after getting out, but fell back in, leading to three overdoses and pleas from her family.

“I walked in the room and my daughter was just lying in the bed with all these tubes coming out of her and I just went in and laid my head down on her and I just cried and said for her to stop because if she didn’t, I was going to lose her,” said Crane. “It was just heart-wrenching, because here was this beautiful soul and drugs were going to take her life if she didn’t stop.”

RELATED: Woman profiled in WTHR "Heroin in the Heartland" series dies of overdose

On April 24, 2017, Cara died after another overdose. While her mother still mourns, she’s also concerned about her other child, who is also battling addiction.

“When you only have two children and both of them have substance use disorder. One is gone and my son is still, by the grace of God, still here, but he just relapsed two weeks ago… it’s hell,” said Crane.

She does not want to see him as a statistic in this growing pandemic.

“Chad is all I have left and I have faith and I have hope that he will make it. I really do,” she said.