Cobb County Police said the victim, 23-year-old Devere Blake, died at the scene after being shot. 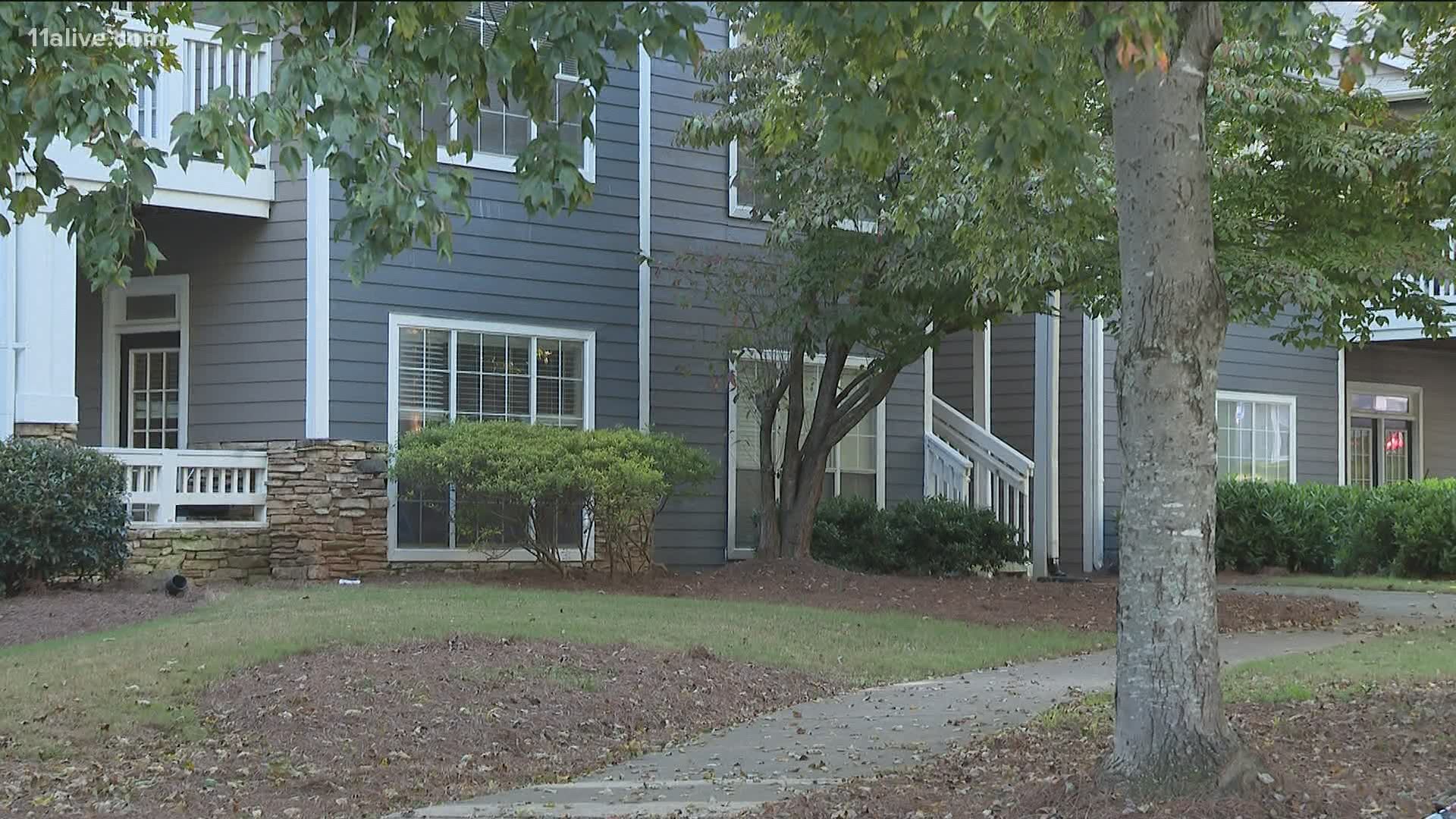 KENNESAW, Ga. — Arrest warrants issued for 14 different people reveal more details about what happened in a deadly Kennesaw shooting Sunday night, including the fact that it was allegedly gang-related.

Cobb County Police said the victim, 23-year-old Devere Blake, died at the scene after being shot.

It happened at apartments off the 3700 block of Towne Crossing around 10:20 p.m. The Associated Press reports that 11 of the suspects arrested are teens, while the remaining suspects are adults.

The person accused of shooting the victim is a juvenile, according to police. The warrant for the accused shooter, who was charged with felony murder and aggravated assault, states a "9mm semiautomatic handgun" was used by the suspect, "shooting the victim in the neck, causing his death."

A separate warrant said one of the other people involved "received a handgun and turned it over" to the accused shooter.

Ryan's warrant claims he drove the getaway car with the suspected shooter inside.

Another suspect at the scene "hid in the trunk of a vehicle occupied by the shooter in an attempt to flee the area," according to the warrants.

Police said everyone involved was a willing participant. Warrants also revealed that several suspects went to the complex "to participate in a gang-related confrontation with firearms."

In fact, one document states that Sewell encouraged the suspect accused of the murder "to fight and shoot the victim."

According to the police investigation so far, the shooting happened after an earlier fight between two groups at a nearby gas station. During the fight, someone from one of the groups pulled out a gun and pointed it toward the other group. The groups left the area, but police said the groups agreed to meet later at the apartment complex to continue their fight.

Warrants also said that many of the suspects left the scene in different vehicles after the shooting, including White, who was allegedly in a white Kia SUV.

The shooting is still an ongoing investigation.