The suspect had bitten the ear of one person and bitten off the fingertip of another person, authorities say. 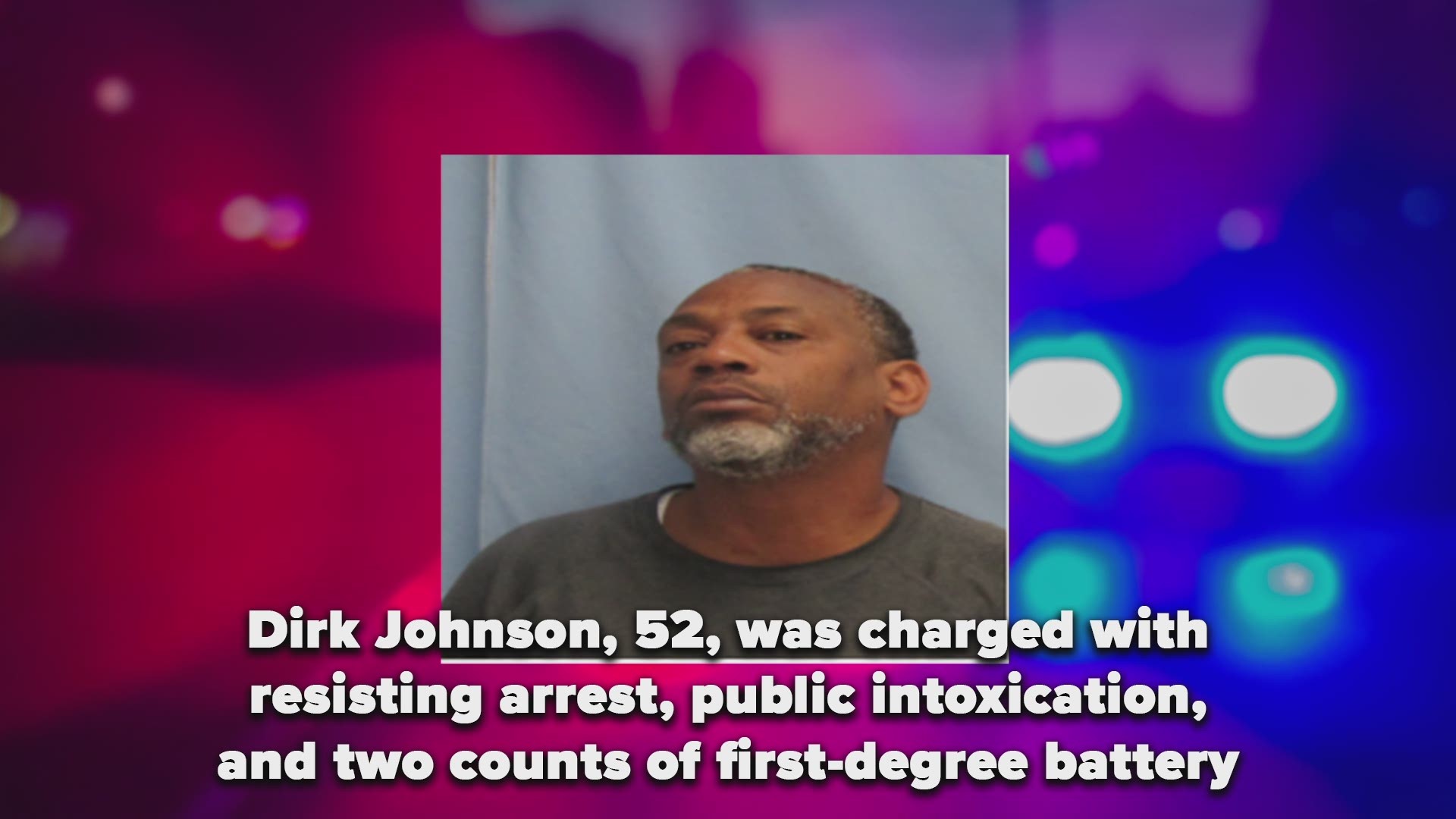 LITTLE ROCK, Ark. — According to the Little Rock Police Department, officers responded to a disturbance at the Shell Gas Station on North Rodney Parham in Little Rock around 7 p.m. on Friday, Nov. 29.

The suspect had bitten the ear of one employee of the gas station and bitten off the fingertip of another employee, authorities say.

Upon arrival, officers found two individuals in an altercation, one bleeding profusely from the ear. Another victim on scene was missing the tip of their pinky finger. MEMS arrived on the scene and assisted both victims injured.

A witness identified Dirk Johnson, 52, of Little Rock as the primary aggressor, stating the altercation began when he appeared to attempt backing his car into the victims.

Johnson, who was intoxicated, was taken to the 12th Street substation where he became combative with law enforcement.

According to the police report, Johnson has a history of biting extremities and was becoming more aggressive with the officers, so police felt that tasing Johnson was the best option.

After being tased, Johnson was still combative with the officers and was placed into a lateral vascular neck restraint by one of the officers. The officer was instructed to let go of the suspect and was able to place him into handcuffs.

According to Johnson, he went to the gas station to purchase beer and a 5-pack of Black and Milds. They were out of the 5-packs, so he asked an employee to sell him five singles for the price of a 5-pack. This started an argument, so he confronted another employee about it, which started a yelling argument with all three individuals.

Johnson said he attempted to back out of the store when one of the employees followed him and bit him on the arm, which is when Johnson bit the employee's finger. The other employee came over and allegedly bit Johnson's finger, so he bit their ear in self-defense, he said.

Dirk Johnson was booked into PCRJ and charged with resisting arrest, public intoxication, and two counts of first-degree battery.