Several employees tweeted they heard gunfire Tuesday afternoon. Vadim Lavrusik said he barricaded himself and others inside a room before they were able to escape safely. 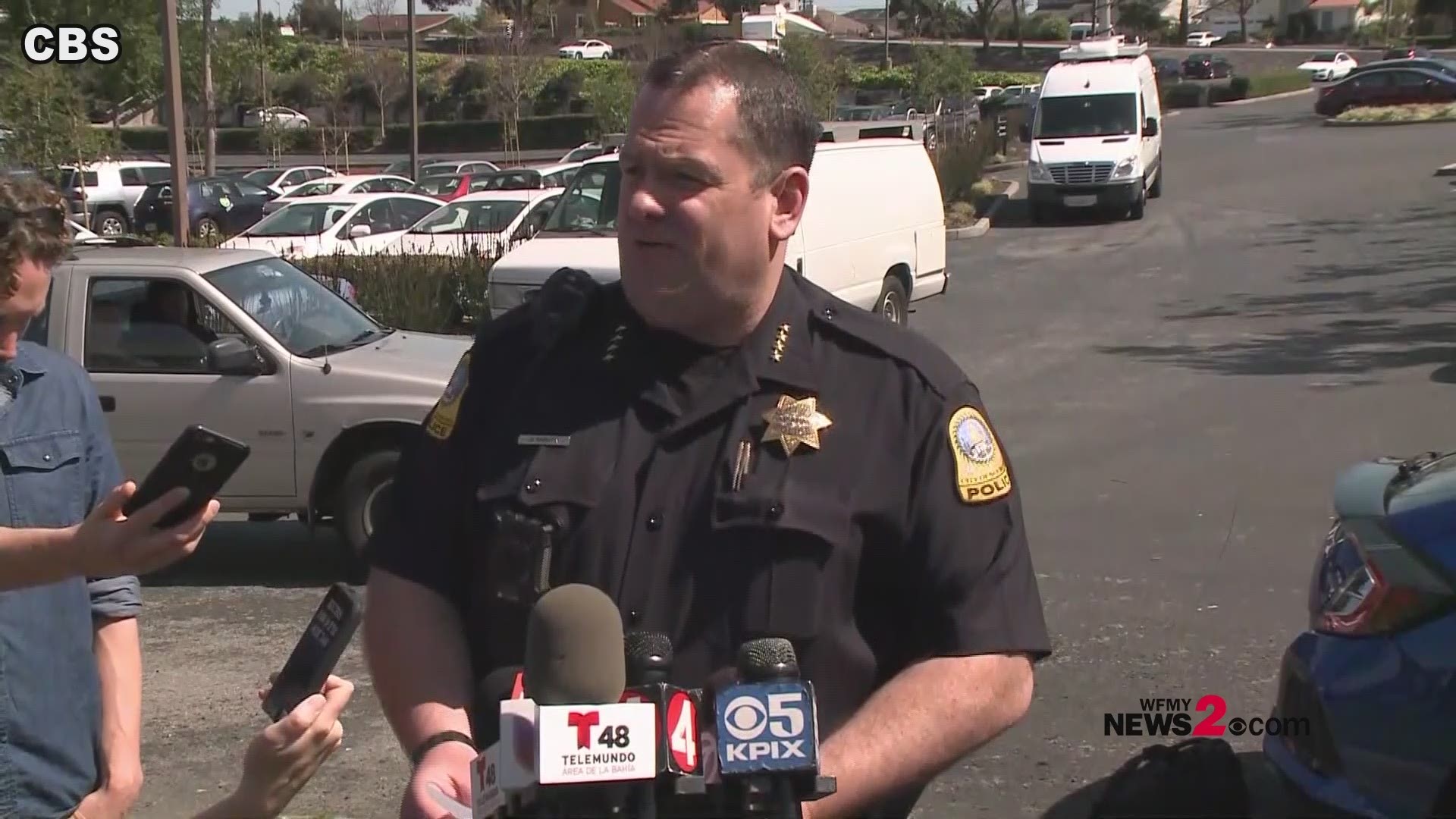 Terrified employees fled as gunfire rang out at YouTube's sprawling headquarters in San Bruno, California, on Tuesday, prompting a massive police response and evacuation as victims were transported to nearby hospitals.

Barberini said police arrived on scene at 12:48 p.m. local time and encountered frantic employees fleeing the building. "It was very chaotic as you can imagine," he said.

Responding officers encountered one victim with a gunshot wound toward the front of the building before finding the deceased suspect, Barberini said. Several minutes later, police located two additional victims at an adjacent building.

Barberini later said the suspect used a handgun and there was no further threat to the community.

She initially asked for one of the male victims by name, CBS News has learned. A 9MM weapon was used in the shooting, sources said.

Jaclyn Schildkraut, a national expert on mass shootings research and assistant professor of public justice at the State University of New York (SUNY) at Oswego, told CBS News it's "definitely something that's very uncommon " to have a female suspect.

Two law enforcement officials told the AP that the shooting is being investigated as a domestic dispute. They spoke to the AP on the condition of anonymity because they were not authorized to discuss it.

Heavily armed police surrounded the facility, with armed SWAT vehicles stationed outside. Police officers could be seen patting down employees evacuating the campus to a nearby parking lot, where they were surrounded by police cars.

White House press secretary Sarah Sanders said President Trump has been briefed on the shooting and they are "monitoring the ongoing situation."

Mr. Trump tweeted his "thoughts and prayers" to everyone involved.

The FBI and San Francisco Field Division of the Bureau of Alcohol, Tobacco, Firearms and Explosives (ATF) said it was responding to the scene.

Several employees tweeted they heard gunfire Tuesday afternoon. Vadim Lavrusik said he barricaded himself and others inside a room before they were able to escape safely.

Google, YouTube's parent company, said in a statement that they are "coordinating with authorities and will provide official information here from Google and YouTube as it becomes available."

Google CEO Sundar Pichai said the company is doing everything it can to support the victims and their families.

"I know a lot of you are in shock right now. Over the coming days, we will continue to provide support to help everyone in our Google family heal from this unimaginable tragedy," Pichai said in a statement.

Where is San Bruno?

The headquarters is about 12 miles south of downtown San Francisco, close to San Francisco International Airport. It encompasses about 200,000 square feet, and YouTube leases the building from Gap, Inc., according to a 2017 article in the San Francisco Business Times.

Google says there are more than 1,100 employees at the office and that YouTube is San Bruno's largest employer, with a variety of people dedicated engineering and sales.

The owner of a nearby restaurant told CBS News he was outside smoking a cigarette when he heard several pops. Denny, who didn't want to give his last name, said there was a brief pause in the gunfire before it continued. He said he heard a total of about 15 to 17 shots.

"It went on for awhile, those shots, it wasn't like emptying the clip like 'boom boom boom,' it was more of a slower pace," Denny said.