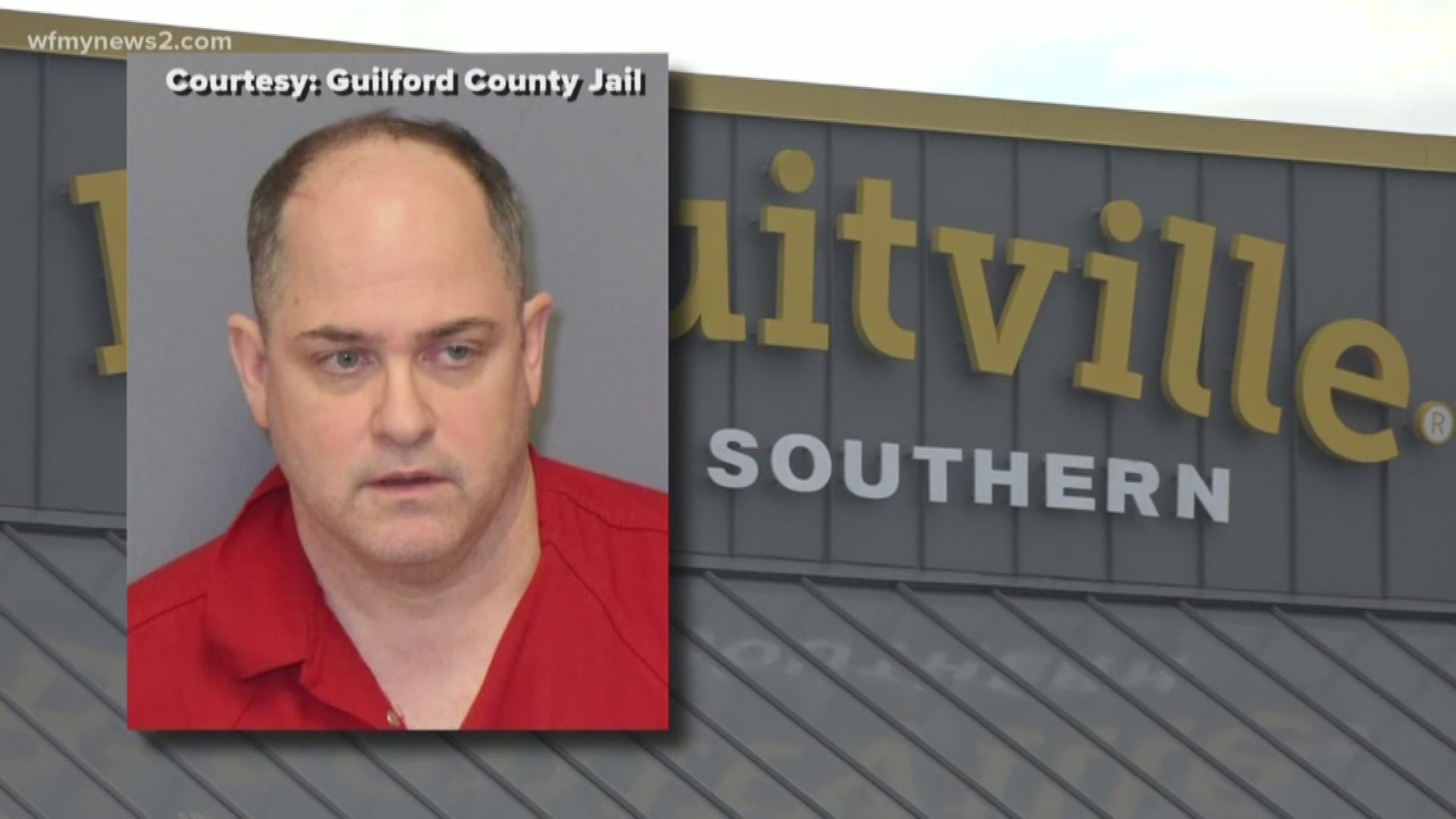 Documents from the arrest say Fry kidnapped the girl "for the purpose of terrorizing her and trafficking her with the intent that she would be held in sexual servitude."

Further notes from officers stated Fry admitted to them he had "intentions of kidnapping the child and that he found the child sexually attractive."

Heather Owens says she and her 8-year-old daughter are frequent guests at the restaurant and are well known to the staff. They were just settling in for breakfast when mom says they encountered Fry. Owens said Fry was behaving oddly and stared at them intently at first.

"I had already noticed a man sitting at the table adjacent to us. He kinda gave me a little uneasy feeling and I was just like I'll keep an eye out on him," said Owens.

At the same time that Owens had that feeling, another customer whom she described as a young, black man in his 20s', was also settling down for his meal. He felt the same way and kept his eye on the man.

"He took a station behind this guy too and was watching the situation, it just seems so surreal," said the mom.

Not long after they settled down to their seats, with their tray of food, Owens' daughter wanted to go to the restroom. She told her mom she could manage on her own. Owens said she walked her daughter up far enough to the point where she could still see her and also keep an eye on their food and things still at the table.

It was at that point that police say Fry got up and casually followed the girl towards the restroom.

Owens said the bathrooms were single stall units and as Fry ambled around the hallway she simply thought he was waiting to use the men's' restroom, so she thought nothing of his action.

However, the other customer who had been watching Mr. Fry got suspicious and followed behind towards the restroom.

"He went off behind the guy and pretty much by the time that he got to the bathroom, my daughter was coming out, and the man grabbed at her,"

Police say as Fry attempted to grab the girl, the customer intervened and stopped the attempted kidnapping. Fry then released the girl and fled the restaurant, hopped in his truck and sped away.

"He said something to this guy and he let her go," added Owens.

But the quick-thinking customer did not stop there.

"He whipped out his cell phone, snapped a picture of him leaving the restaurant, he then went to the door watched him get into his truck, he got a picture of his truck along with the license plate," said Owens.

A description of Fry was sent to officers following the incident. Officers were then able to locate Fry's truck around Market and Tate St.

Owens said it was a close call, everything all happened so fast and the observant customer's bravery saved her daughter.

"I was still watching her, but he did follow. I had just turned my head for one second, when in that one second that she pops out of the bathroom and he goes to grab her, just like that," said the mom. "It's frightening. It tears at my heart and puts a sickening feeling in my stomach what could have happened."

Thanks to the customer taking photos of the suspect and his car, officers said they had a great description to go on. He even called the police immediately before he reunited with the frazzled mom and daughter inside the restaurant.

"He got the biggest hug in the entire world. I went to him and said thank you, you are a guardian angel," she said.

Owens said this experience has taught her a lesson about not letting her guard down, or her child out of her sight, literarily. She also said it should serve as a warning to parents and a  teachable moment for everyone; to be observant and not second guess yourself.

"Always be aware of your surroundings, if you have a gut feeling about something go with it, chances are your gut's going to be right," concluded Owens.

The Biscuitville President, Kathie Niven, issued the following statement regarding the incident assuring customers that safety is a top priority.

'Biscuitville takes the safety of our guests very seriously, and we are working with law enforcement as they investigate the December 27 incident at our West Market Street restaurant.  While we can't always control the actions of others, it is critical that businesses, communities and neighbors play an active role in reporting and reacting to suspicious activity.  We join Ms. Owen in being extremely grateful to the good Samaritan at Biscuitville who stepped up to address the situation.'

Fry was taken into custody without incident and charged with Attempted 1st Degree Kidnapping and Indecent Liberties.

RELATED: 'I would have never suspected what had just occurred' | Triple murder suspect involved in hit-and-run morning of alleged killings: Police report