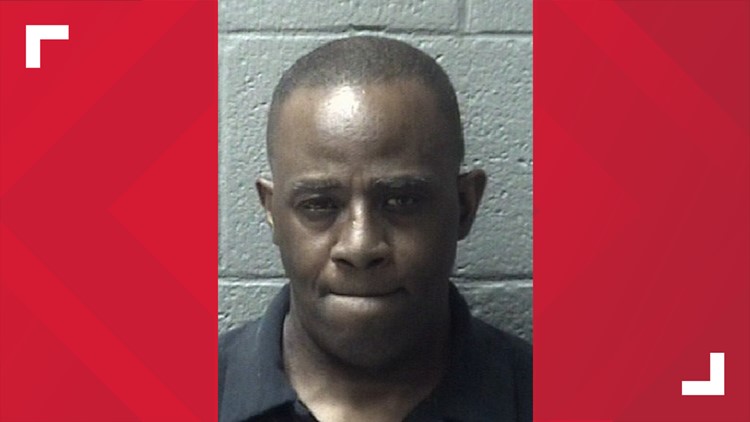 ORANGEBURG COUNTY, S.C. — An Orangeburg County man recently charged with stalking has been charged again with multiple counts of violating a court order of protection.

David Anthony Davis, 55, of Bowman, is charged with nine counts of violating a court order of protection and one count of second-degree harassment when a restraining order or injunction is in effect.

This week’s charges against Davis are the latest in a series of violations of a Family Court order of protection, beginning last year after Davis became separated from his wife, according to the Orangeburg County Sheriff's Office.

During October, Davis’s estranged wife called law enforcement reporting “she is constantly being harassed” by Davis, according to the incident report.

Orangeburg County deputies say they told Davis to leave the woman alone and reminded him of the court order of protection against him.

A couple of weeks later, the victim reported that not only had Davis not ceased his harassment, but it had escalated.

The victim texted deputies photos of Davis standing outside her window and advised them he had been outside her home “every day,” the report states. Davis “was also calling her phone, her place of work, sending emails, and leaving voice messages.” The victim told deputies she feared Davis due to the continued attempts to contact her and the escalating violence in those messages.

Davis was charged in November with stalking and one count of violating a court order of protection. Bond was set at $26,000 for those charges along with court-ordered ankle monitoring.

This week, Davis was charged again after continuing to harass the victim by calling her using different phone numbers, including use of an app that disguised his number, according to an incident report.

After obtaining subpoenas for Davis’s phone records, investigators learned the unwanted calls from Davis went back further than the initial charges.

During Tuesday’s hearing, Davis denied having been near the victim at any time after he was released on bond.

However, Lt. Steven Thompson presented the court with a map depicting Davis’s ankle monitor tracking, which indicated he had been nearby multiple times.

Bond was set at $50,000 cash or surety. Davis is also ordered not to go near the victim’s place of work nor residence.

“This individual apparently believes he is above not only the law but the court system as well,” Orangeburg County Sheriff Leroy Ravenell said. “No matter how many times it takes bringing him in, we’ll demonstrate to him he is not.”