'Barrage of shots' heard as killed teen who was breaking into cars in High Point, police say

The teen was found lying next to a home on Radford Street. He was taken to Wake Forest Baptist Medical Center where he died. 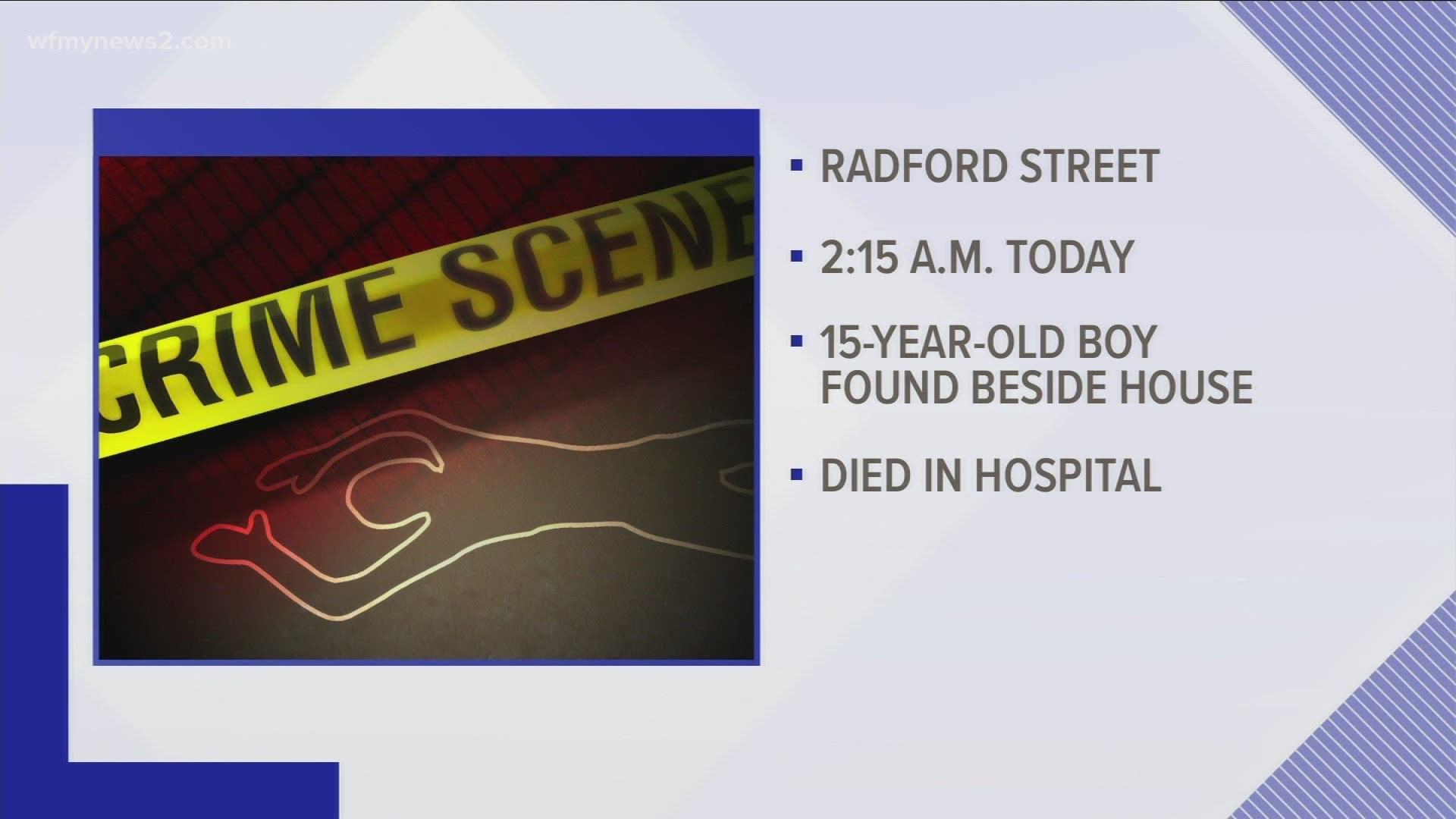 Police were called around 2:15 a.m. to the 500 block of Radford Street for reports of shots fired. Officers searched the area for nearly 15 minutes before they found a 15-year-old boy lying next to a home with two gunshot wounds to his chest and another to his arm.

Officers worked to save his life until the fire department and EMS arrived. The boy was taken to Wake Forest Baptist Medical Center in Winston-Salem where he died around 5:15 a.m.

Three other juveniles who police say were related to the shooting were taken in for questioning but did not cooperate with investigators.  During the investigation, detectives identified a person and location of interest, got a search warrant for a home in the 500 block of Radford Street. where “several items of evidence were seized,” police said.

Davonte T, Strickland, 25, was arrested and charged with first-degree murder and possession of a firearm by a convicted felon.

Investigators said they believe Strickland shot the boy after someone was in his driveway messing with his car.

Chief Travis Stroud said the teen was in fact breaking into cars the night he was shot.

"It's not to disparage our victim in any way, but to be transparent with our community, we need to tell them 'this is the catalyst event that started this," Stroud said. "It wasn't just a random act of people walking down the street and then they got shot, absolutely not."

Shroud said there was a "barrage of shots" on Radford.

The shooting remains under investigation. Anyone with information about the shooting is asked to contact Crime Stoppers of High Point at 336-889-4000.