Randall Williams is accused of the crime in Fort Lauderdale. The scooters that were vandalized are the same kind riders enjoy in Charlotte. 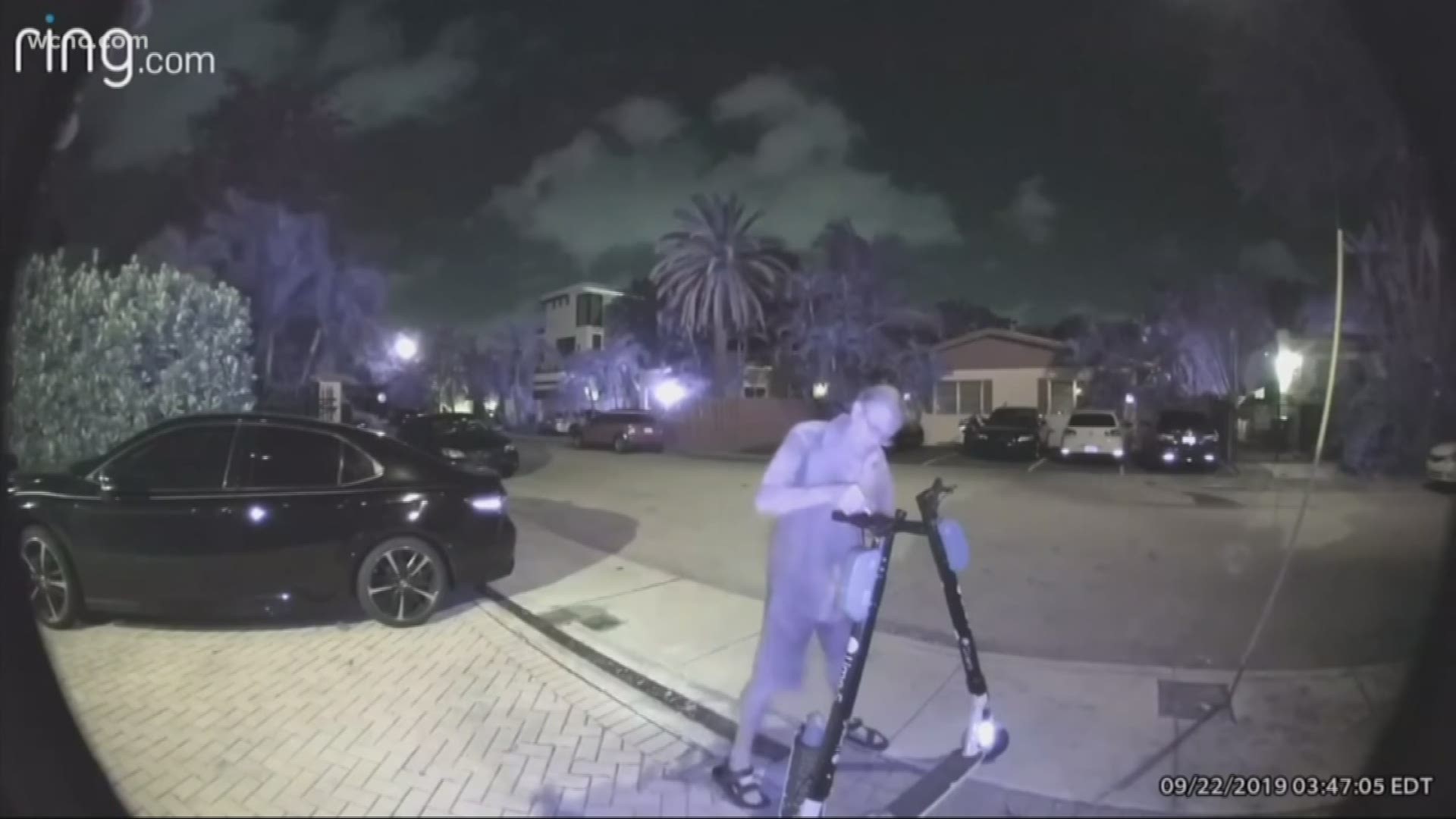 FORT LAUDERDALE, Fla. — Authorities arrested a man they say cut brake cords on scooters in Fort Lauderdale, Florida -- the same kind of scooters that are on the streets of Charlotte.

When folks hop on scooters in the Queen City, they trust they're safe. But imagine getting on one without brakes.

"Oh! You got to be kidding me," said Isaac Watrous, a scooter rider in Charlotte.

"So, he just has this thing against (scooters) to hurt people," asked Robbie Wise, another Charlotte scooter rider.

They were concerned since the Queen City has the same scooters on the streets.

"It's outrage. I mean why would you tamper with something and put someone's life at risk like that?" added Watrous.

Officers in Fort Lauderdale said over six months 140 scooters were vandalized. All of them had their brake cords cut, and they were all within two blocks of Williams's apartment.

Authorities believe he could be to blame for all of the incidents.

"For me to be riding, and I can't hit a brake, that's terrible," exclaimed Wise.

A spokesperson for Lime released this statement:

Vandalizing property is a crime and only harms those who rely on these vehicles every day as an affordable, convenient way to get around. We are thankful that Fort Lauderdale PD was able to apprehend a suspect in this case. Lime will pursue appropriate legal action against those that damage or vandalize our property.

The company encouraged riders to check scooters for any damage before hopping on. It's something Watrous already does.

"I always check the brakes, you know, I squeeze it and [make sure] it doesn't move. Check the throttle, make sure it's working, make sure the lights are on," he said.

Williams is facing several charges. Thankfully, nobody was hurt in any of the cases where brake lines were cut, according to Lime.

The company noted scooters are picked up overnight for charging, making it difficult to vandalize them during the nighttime hours.

Williams allegedly cut the lines in the early morning hours before anyone had the chance to ride.

4 teens led CMPD on 7 mile on chase after shooting into cars: Police

CMPD officer "arrested" by boy who wants to be an officer