Rapper in town for All-Star weekend killed in I-85 shooting, manager says

It happened around 3 a.m. Friday near Jimmy Carter Boulevard. 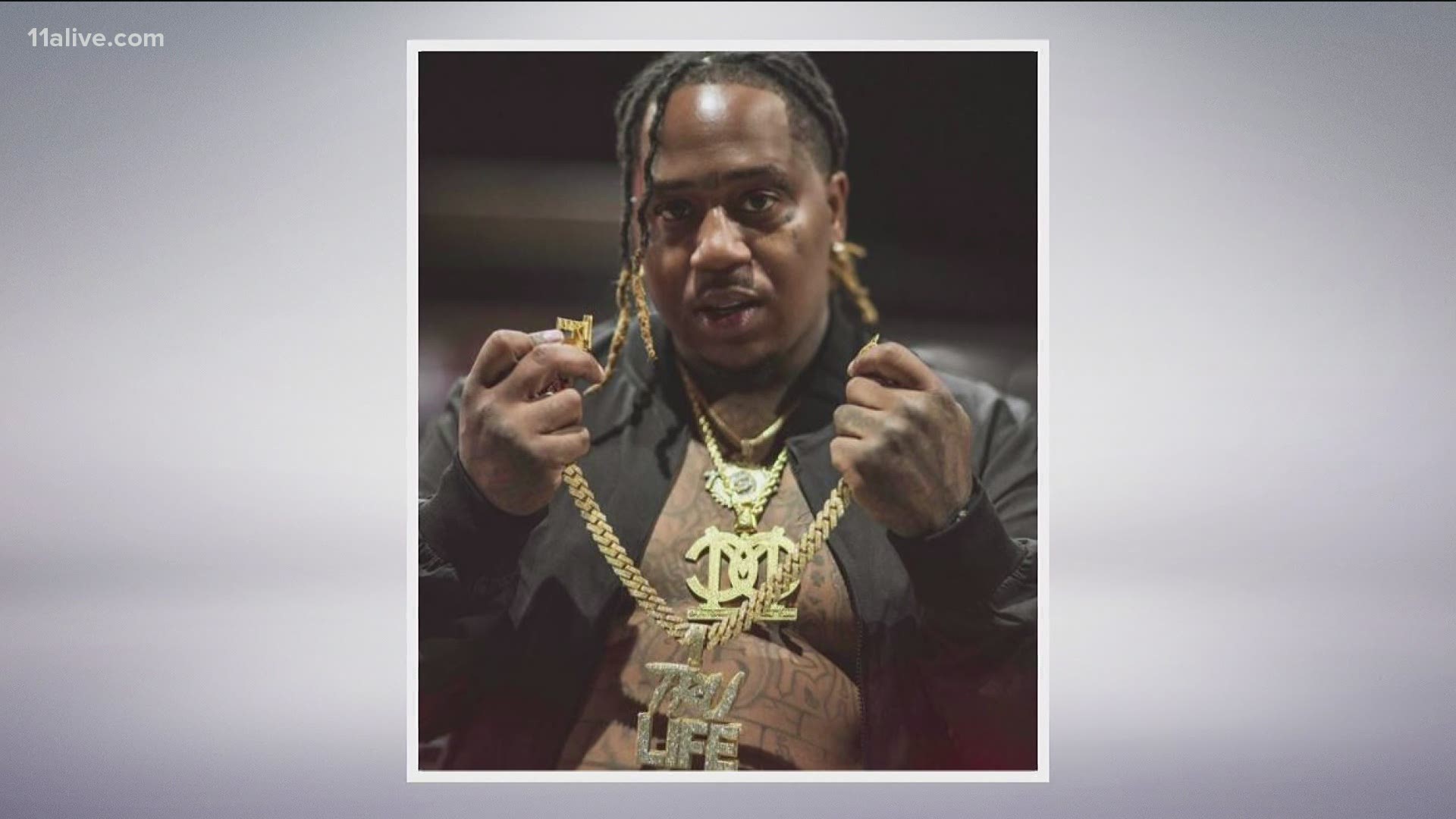 GWINNETT COUNTY, Ga. — Rapper Chucky Trill was shot and killed in a metro Atlanta interstate shooting Friday morning, according to his management team.

Gwinnett Police said 33-year-old Corey Detiege, of Sugar Land, Texas was shot around 3 a.m. along I-85 South near Jimmy Carter Boulevard. Detiege, who goes by the stage name Chucky Trill, was in town to perform at an event for NBA All-Star Weekend, his manager with Boneafide Entertainment told 11Alive.

The shooting left lanes closed for multiple hours during the morning commute. Gwinnett police said they received a call regarding a shooting that had taken place on the interstate.  Upon arrival, they found the victim in a stopped car on the side of the interstate. He was taken to the hospital where he died.

Police said  Detiege was shot at least one time. The victim also had passengers in the car.

According to a police report, the group had been to a lounge, but reported that they didn't have any issues with anyone at that location. They told police that while they were getting on the interstate, they were shot at from an unknown vehicle.

"Obviously these types of shootings are very concerning for the police department," The Gwinnett Police Department Public Information Officer, Cpl. Collin Flynn said. "Not only do you have the two vehicles that are involved in this shooting, but you also have multiple people that are driving on the interstate that could also be victims to these types of crimes."

Boneafide Entertainment tells 11Alive that Detiege's dad was a rapper in the group Trinity Garden Cartel back in the 90s out of Houston.

There have been seven interstate shootings in metro Atlanta since 2021 began. Here is what we know about those shootings.

Anyone with information on the shooting is asked to call Gwinnett police detectives at 770-513-5300. Anyone who wishes to remain anonymous, can contact Crime Stoppers at 404-577-TIPS (8477) or visit www.stopcrimeATL.com. Crime Stoppers tipsters can receive a cash reward for information leading to an arrest and indictment in this case.