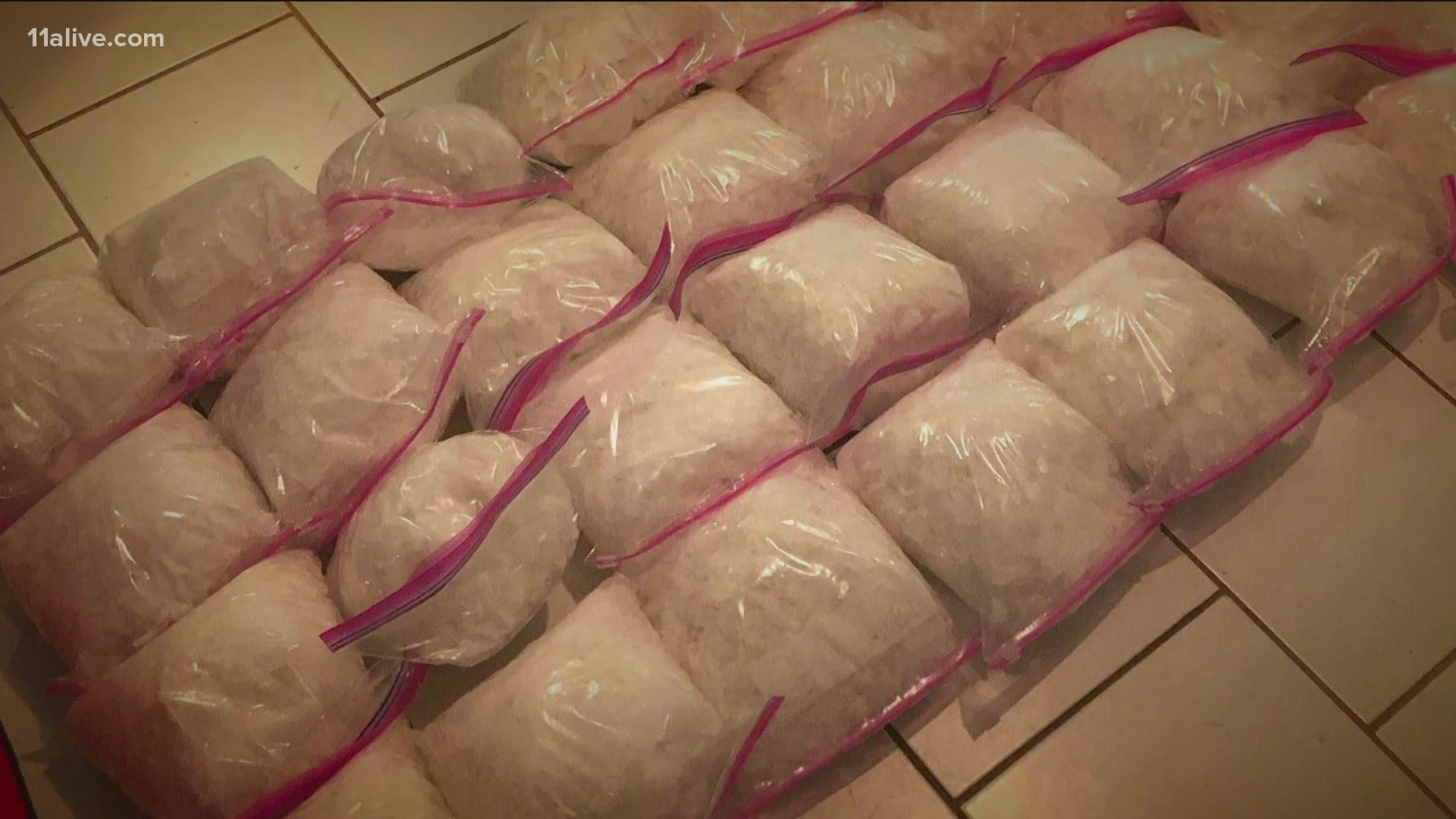 ATLANTA — Editor's note: The video above is from a previous story.

Five people are behind bars on methamphetamine trafficking charges after a months-long investigation between the Georgia Bureau of Investigation and Homeland Security Investigations.

On Oct. 9, agents executed search warrants at homes in Cobb County and Cherokee County, they said.

In Marietta, at a home off Highland Terrace Drive NE, authorities said agents seized 100 kilograms of suspected crystal methamphetamine, a loaded AR-15 rifle, and one handgun.

At the same time, searches took place in Cherokee County resulting in the seizure of approximately 3 kilograms of suspected methamphetamine, the GBI said.

The following people were arrested:

“Through our unique partnership we have been able to demonstrate that local gangs are working with Mexican cartel members and even MS-13 to bring their drugs and violence to the streets of Georgia.”