Father, daughter accused of beating her husband to death with brick, bat out on bond awaiting new trial

Tom and Molly Martens were convicted of killing Molly's husband, Jason Corbett, in 2017. In a new court ruling, they were granted a new trial. 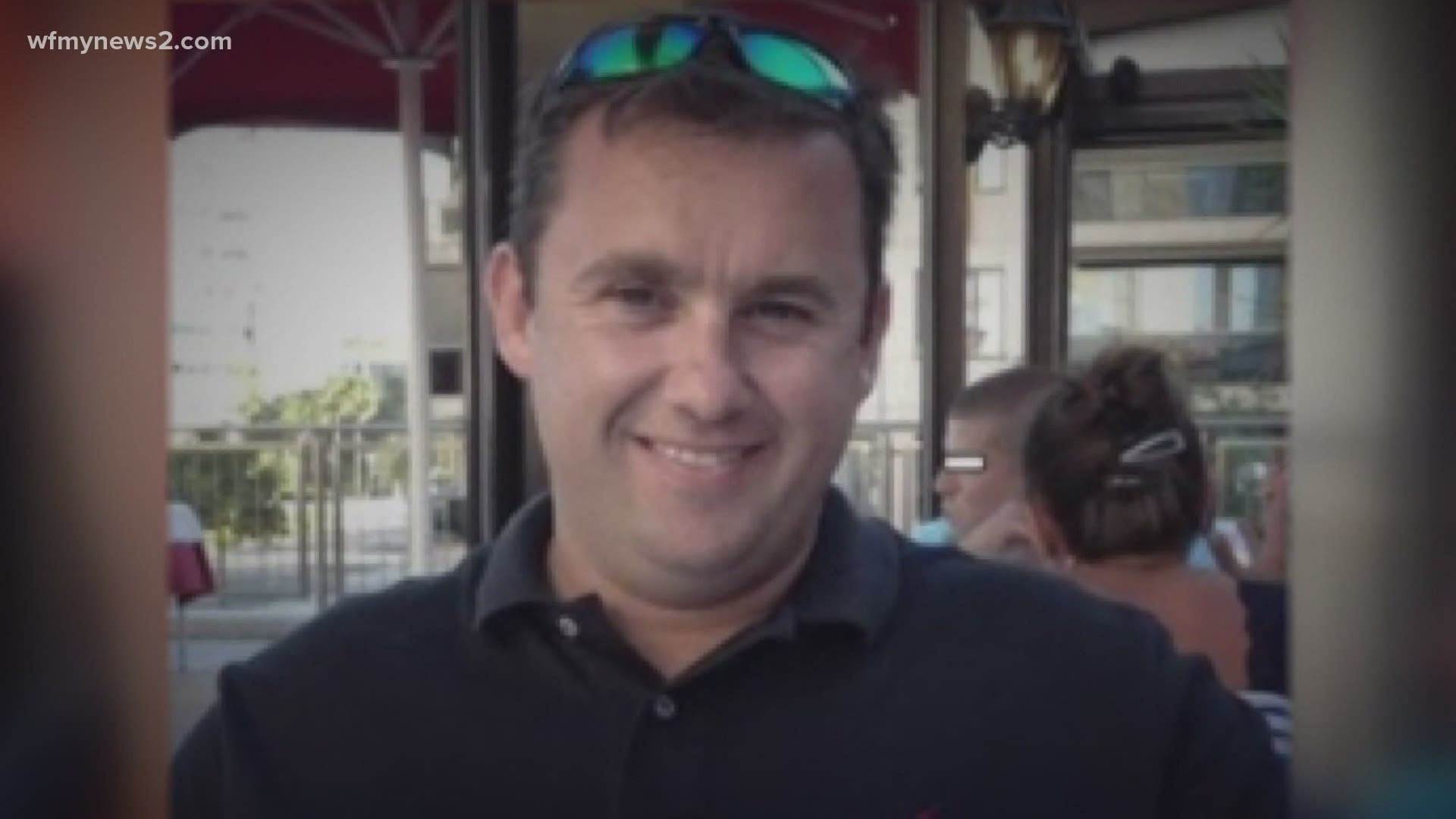 DAVIDSON COUNTY, N.C. — The suspects accused of killing an Irish businessman appeared in a Davidson County court on Wednesday.

The pre-trial hearing for Molly Martens and her father, Tom Martens comes after the North Carolina Supreme Court ruled in March the pair could get a new trial, saying the defense was unable to 'fully and fairly present their cases' due to omitted testimony.

They were being held in jail without bond awaiting the outcome of the pre-trial hearing. However, a judge set the bond at $200,000, conditions are that defendants have no contact with the family of Jason Corbett and that they appear for all proceedings.

The Corbett family released a statement saying, in part, "We welcome today’s decision by Garry Frank, the District Attorney for Davidson County, to seek a retrial of Tom and Molly Martens for the murder of Jason Corbett, a loving, kind, father of two who was beaten to death in his own home"

The family of Jason Corbett released the following statement on today’s hearing: pic.twitter.com/Kb4fnsJ8eP

During the hearing Wednesday afternoon, both sides presented arguments for bond amount and conditions.

The prosecution asking the judge to consider increasing the bond to $1 million, while the defense asked the judge to lower it to $50,000.

In addition to an increased bond, the prosecution asked the judge to make them surrender passports and have no contact with the children of Jason Corbett.

The prosecution also asked the judge to consider some of the evidence in the case, including details from the autopsy results after Jason died.

The defense for Tom Martens argued he is not a flight risk and has proven to cooperate in the past.

The defense for Tom Martens also read a letter out loud from a corrections officer saying Martens respected authority and has been a "model inmate."

The attorney for Molly Martens said a previous judge ordered her release under certain conditions including fingerprinting, surrendering her passport, DNA sampling and appearing in court for all proceedings, which the attorney said she did.

We look forward to a date being set for a retrial at the earliest opportunity.

Friends of Jason Corbett were outside the courtroom Wednesday.

Todd Whitley said he worked with Jason for four years and he was a good man.

Defense attorney Jones Byrd who represents Tom Martens said it's the first time they'll get to be with their family in more than three years. "To say that they're overjoyed would be an understatement," he said.

Last week, the Corbett family released a statement, saying in part, "We are devastated that the district attorney for Davidson County has decided to offer a plea deal, and not seek a retrial.”

WFMY News 2 reached out to Davidson County District Attorney Garry Frank. He said he couldn’t confirm that a plea deal was offered to Tom and Molly Martens.

A defense attorney for Tom Martens had no comment on whether a plea deal was or will be offered in the case.

Jason Corbett moved to Davidson County after marrying Molly Martens. He was beaten to death with a brick paver and a baseball bat in 2015. Molly Martens and her father were charged in Corbett's death but said they acted in self-defense.

In 2017, a jury found Molly and Tom Martens guilty of second-degree murder in Jason’s death. They were both sentenced to 20-25 years in prison.

In February 2020, an appeals court overturned the convictions because of errors in the case.

The North Carolina Supreme Court ruled in March 2021,  Molly and Tom Martens could get a new trial.