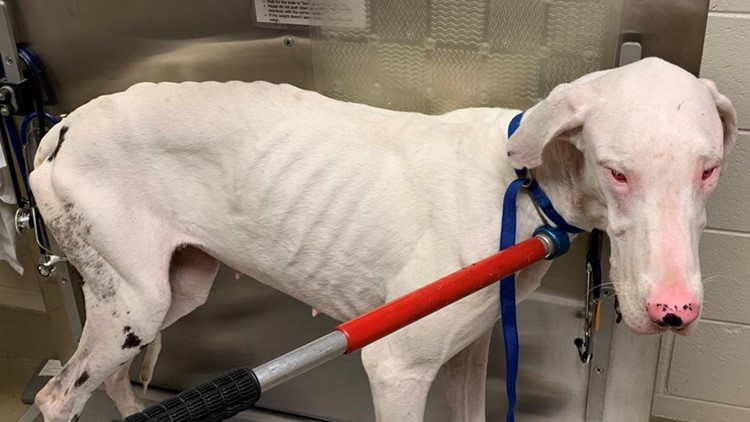 Photo by: King & Queen County Sheriff's Office Va.
The dogs were discovered following an August 17 search of a property on Owens Mill Road.

Officials said they executed a search warrant at the home on 2668 Owens Mill Road where they found 20 dogs and 12 puppies. They said the dogs' health ranged from poor to near death.

Police said five of the dogs were barricaded inside a "small, dilapidated camper" and "both the camper and the dogs were covered in feces and urine" with no food or water. The remainder of the dogs were inside the residence, police said, with very little food and water.

Police said the home was in such poor condition, the state health department and county zoning office had to be called.

Officials said there will be a hearing Sept. 20, 2019 at the King and Queen General District Courthouse to determine if the dogs will be returned to their owners.

RELATED: Dog stabbed to death by neighbor in front of owner

The Sheriffs Office said the dogs are being taken care of at King William Regional Animal Shelter and most of their conditions are improving daily. They said none of the dogs can be fostered or adopted just yet, but you can private message the King and Queen County Sheriff's Office on Facebook here if you're interested for later.