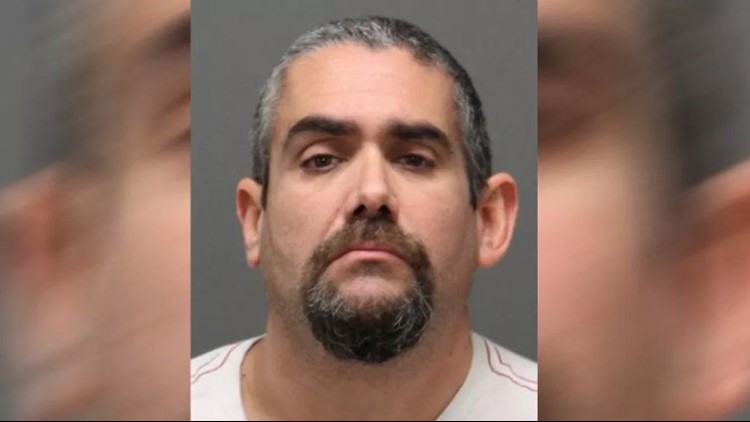 Michael Daniel Bell, 42, was charged back on Feb. 26 with 12 counts of felony second-degree sexual exploitation of a minor following his arrest by the State Bureau of Investigation at a motel near Interstate 440 and Wake Forest Road in Raleigh.

Warrants described some of the images Bell is accused of possessing as showing children ranging in age from infants to 10 years old being sexually assaulted.

Bell’s problems grew earlier this week when he and his wife, 42-year-old Rebecca Bell, were both charged with multiple counts of felony negligent child abuse, Serious physical injury and misdemeanor contributing to the delinquency of a juvenile.

According to warrants, the Bells caused serious mental injury to multiple children after “moving [them] to Wake County after being homeless in Nevada without a place to stay, exposure to domestic violence, failing to enroll the child[ren] in school and requiring” some children to care for younger children.

In addition, the home where the children were forced to stay for approximately one week had the following issues: “no electricity, no running water, holes in the ceilings, floor and walls, exposed nails in the floor, with a foul smell, mold with raw meat and perishable food on the kitchen table, and…raw meat in the hallway.”

Warrants say Michael Bell gave a 15-year-old girl alcohol at a Super Bowl party, leading to a contributing to the delinquency of juvenile charge.

On Thursday, Michael Bell was charged with an additional 12 counts of felony sexual exploitation of a minor. According to warrants, he had multiple images of children ranging in age from infant to 10 years old, all being sexually abused by adults.

He was given a $1 million secured bond on the new charges.

He is currently being held in the Wake County Detention Center under a $2 million secured bond. His next court appearance is scheduled for Friday afternoon.