‘Why would you do this to my child?' | NC mom speaks after 5-year-old son shot, killed while riding his bike

Bonny Waddell, mother of Cannon Hinnant said she’s heartbroken after her son was shot and killed. 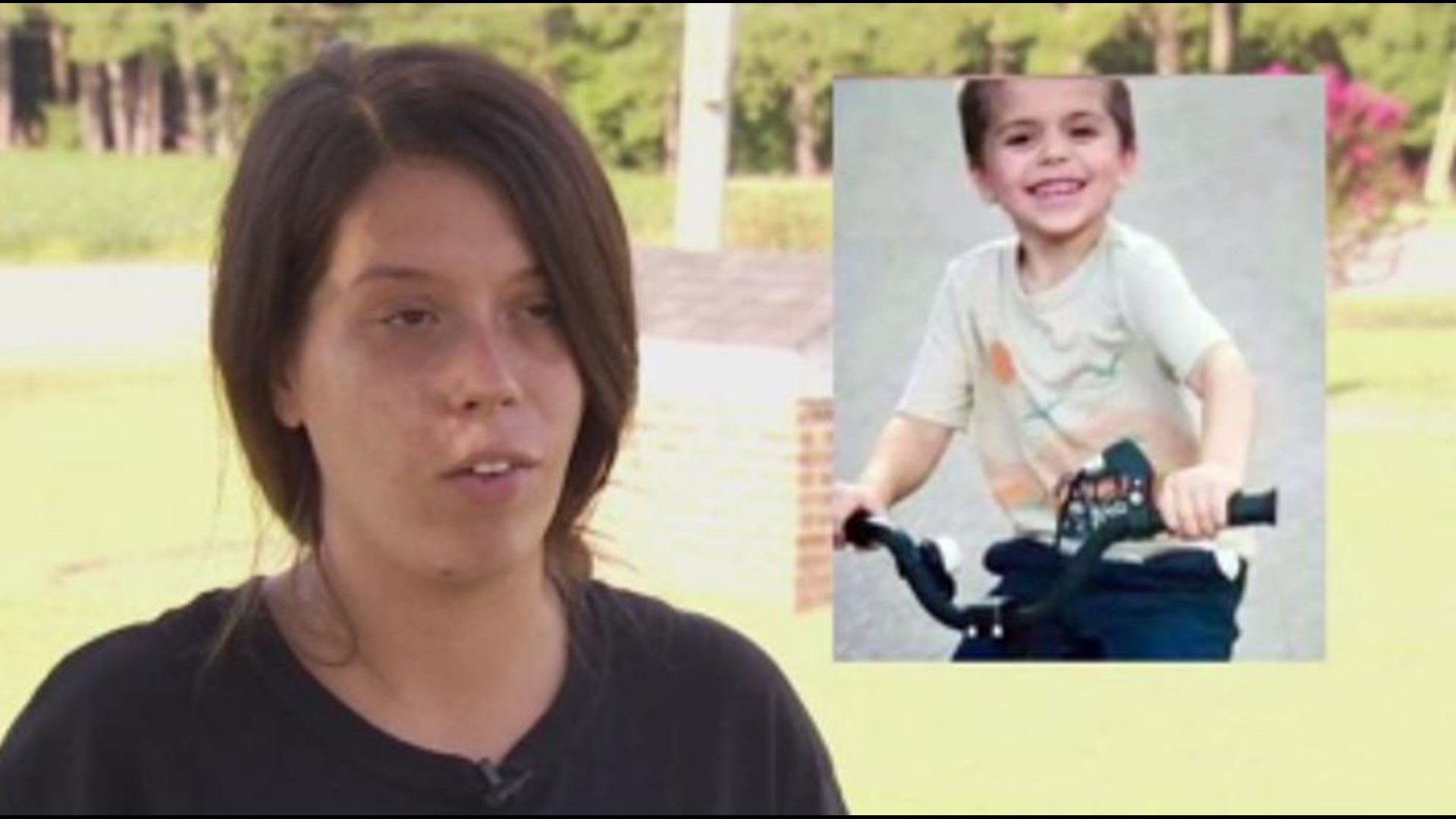 WILSON, N.C. — The mother of a 5-year-old boy, shot and killed in his front yard spoke out Monday.

Bonny Waddell, mother of Cannon Hinnant said she’s heartbroken after her son was shot and killed, according to CBS affiliate WNCN.

WNCN reported the shooting happened over a week ago on Archers Road in Wilson.

The station reported police have since arrested a neighbor, 25-year-old Darrius Sessoms and charged him with murder.

“I don’t understand. I can’t wrap my head around it,” Waddell said.

Hinnant was shot in the head while riding his bike.

“He was my neighbor for years. We always spoke when we saw each other. It was, we never, never ever had arguments with each other,” Waddell said about Sessoms.

According to WNCN, Sessoms remains at the Wilson County Detention Center after being captured in Goldsboro.

“Why? Why would you do this to my child?” Waddell asked.

Per WNCN, Waddell said she will ask the district attorney to seek the death penalty.

Meanwhile, her focus is on honoring Cannon’s memory.

“Such a big joy, ball of life. He was a smiley, happy child. He loved playing with his sisters and going outside,” she said.

RELATED: 'We shouldn't even be here': Funeral held for NC boy shot, killed while playing outside

Waddell said she's grateful for the support she’s received from the community, across the state and country.

The station reports a GoFundMe page in Hinnant's honor has raised nearly $800,000.

WNCN said Waddell stressed race had nothing to do with the deadly shooting.

The station reported Waddell would like to see a playground built in Cannon’s name and there’s already a baseball tournament and road race set up in his memory.