No bond for teen accused of murder in Mt. Tabor High School Shooting

A judge ruled against Maurice Evans Jr.'s attorney's request for bond during a hearing in superior court Thursday. 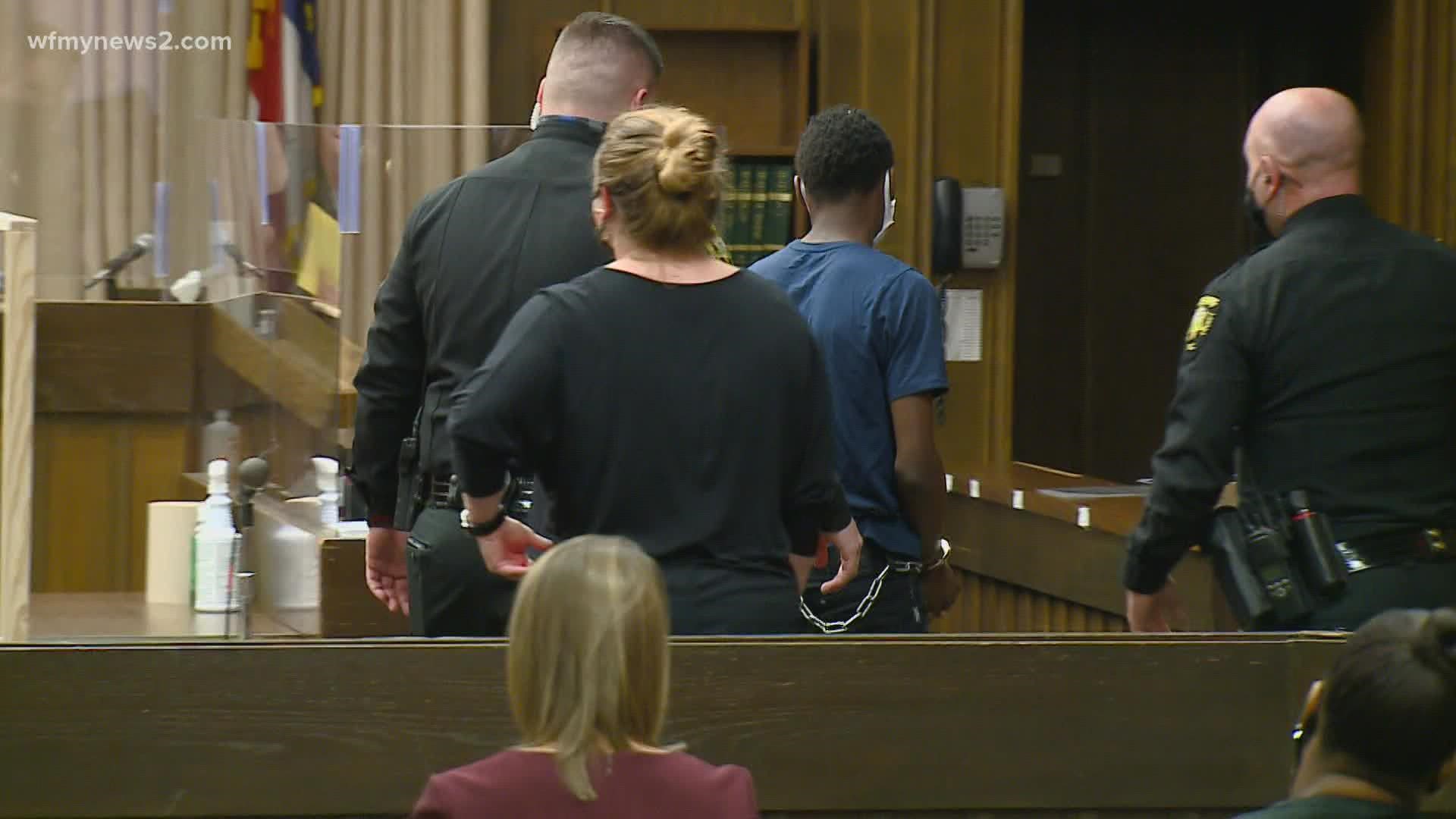 GREENSBORO, N.C. — The teen accused in the deadly Mount Tabor High School shooting will stay at the juvenile detention center after a judge denied bond.

Evans attorney J.D Byers submitted a bond motion on Oct. 1. and they went before the court Thursday to request the judge set bond.

Byers and the prosecution, Forsyth County District Attorney Jim O'Neill, both said Evans had a longstanding feud with Miller and others before the shooting, and the incident at Mount Tabor was not the first time the two interacted.

Byers said Evans was shot nine times on June 5, which landed him in the intensive care unit.

“Mr. Evans barely survived the shooting. He has very little use of his left arm,” Byers said in court. Byers said after the hearing no one was ever arrested for shooting his client.

Byers also presented the judge with some documents that he later said consisted of social media posts, text messages, and photos of his client in the ICU. Byers alleged in court Miller threatened to "finish the job" after his client was shot.

Byers also showed the judge photos of what he said was Miller flashing gang signs.

“Mr. Evans didn’t want to go to school because he was afraid and it was justified he felt someone would try to kill him if he went to school,” Byers said. “Whatever happened in that hallway there’s more to the story.”

O'Neill said the surveillance video that caught the shooting on camera showed a teacher standing just feet away from where Miller was shot. He argued the boldness of the incident and the fact that it happened in school should contribute toward a 'no bond' decision.

Evans Jr’s attorney argued he was shot in June 9 times in relation to the ongoing beef between Evans and Miller. Saying Evans has health issues as a result & is better @ home with family.

The state argued in 2016 Evans was arrested for being a runaway & is a flight risk. @WFMY

Byers asked the judge to set his bond in alignment with a manslaughter case.

“There’s no question Evans was shot during the summer,” O'Neill said. “ This was ongoing and ended up spilling over into school. This wasn’t random, it was a targeted hit.”

O'Neill said putting a bond on this case would send a dangerous message to the community.

“They can think if they take matters into their own hands they will be home with mom and dad instead of being locked up,” O'Neill said.

O'Neill added that back in 2016 Evans was arrested for being a runaway and is a flight risk.

Byers said until the trial, the case will go on the court's administrative calendar where discovery will continue to be presented.

Because of the pandemic attorneys said it could be a year or more before the case sees trial.

O'Neill wouldn't talk specifics about the case after court but said no bond sends a message that school violence won't be tolerated.

"I do believe that any time you're dealing with school violence you have to send a message to the community that it won't be tolerated. The criminal justice system takes these cases very seriously and of course, the prosecutor's office takes a zero-tolerance on these sort of things," he said.