Someone vandalized the gymnasium floor and a bathroom stall; both threatened gun violence on Cedar Ridge High School campus. 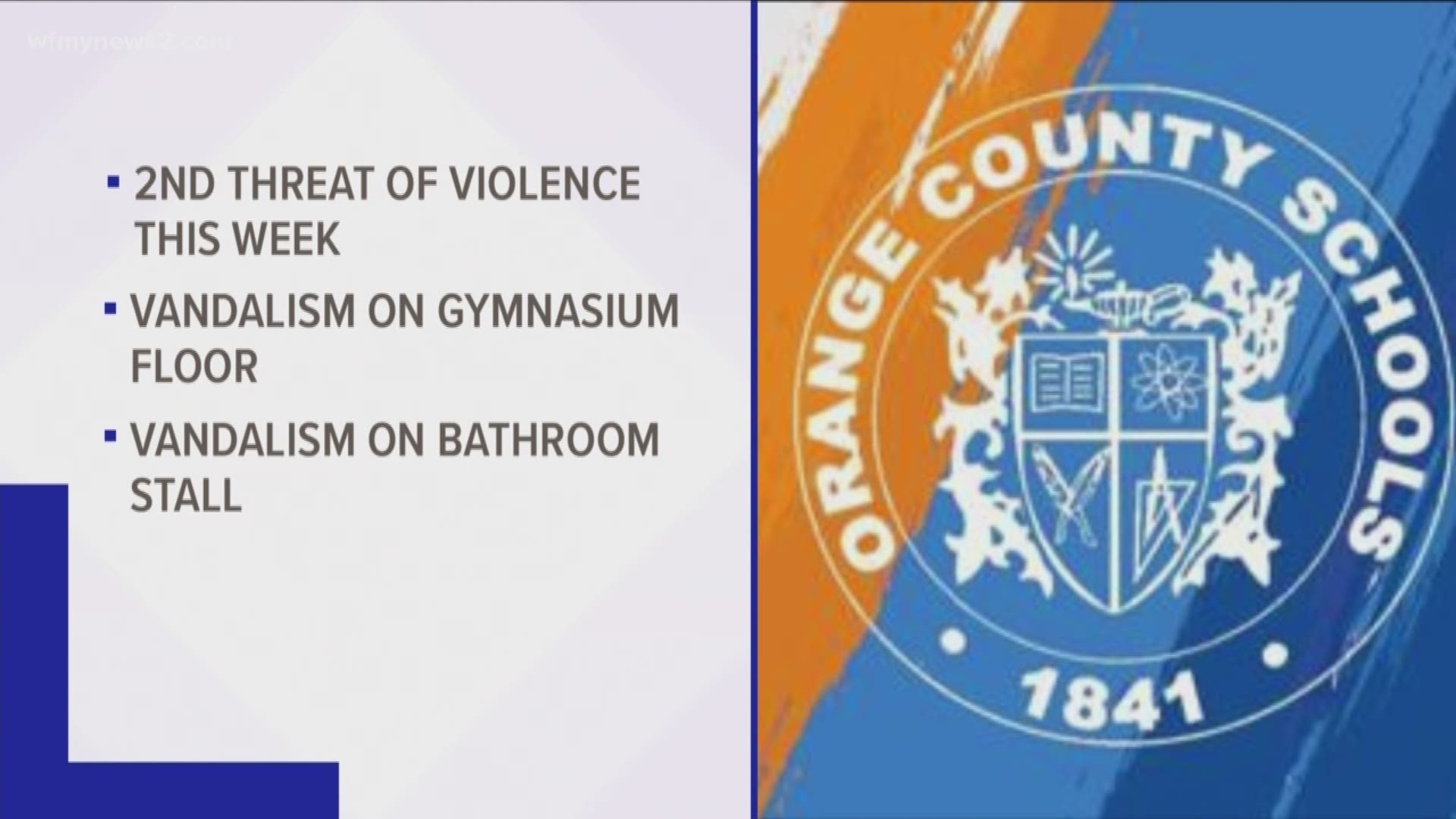 HILLSBOROUGH, N.C. — The threats are starting to emotionally weigh on the Cedar Ridge High School community. Yesterday afternoon's threat marks the third in less than a month.

School officials say someone vandalized the gymnasium floor Thursday afternoon, threatening gun violence on school campus. The vandal even wrote out details, giving a specific date on when it would happen.

Cedar Ridge had to go on a soft lockdown while deputies investigated further.

On Monday, school officials found a threat written on a bathroom stall.

The Orange County Sheriff's Office is now offering $2,500 for information leading to an arrest in either case from the week of November 4.

"We know young people do impulsive things and sometimes exhibit poor judgement," says Orange County Sheriff Charles Blackwood, "In an ideal world, a student who made such a threat might be served best through counseling and discipline... A student making such a threat could face potentially life-changing criminal charges."