Greensboro police say the man barricaded himself in an apartment off Meadowview Road. He'd been wanted for first-degree murder. 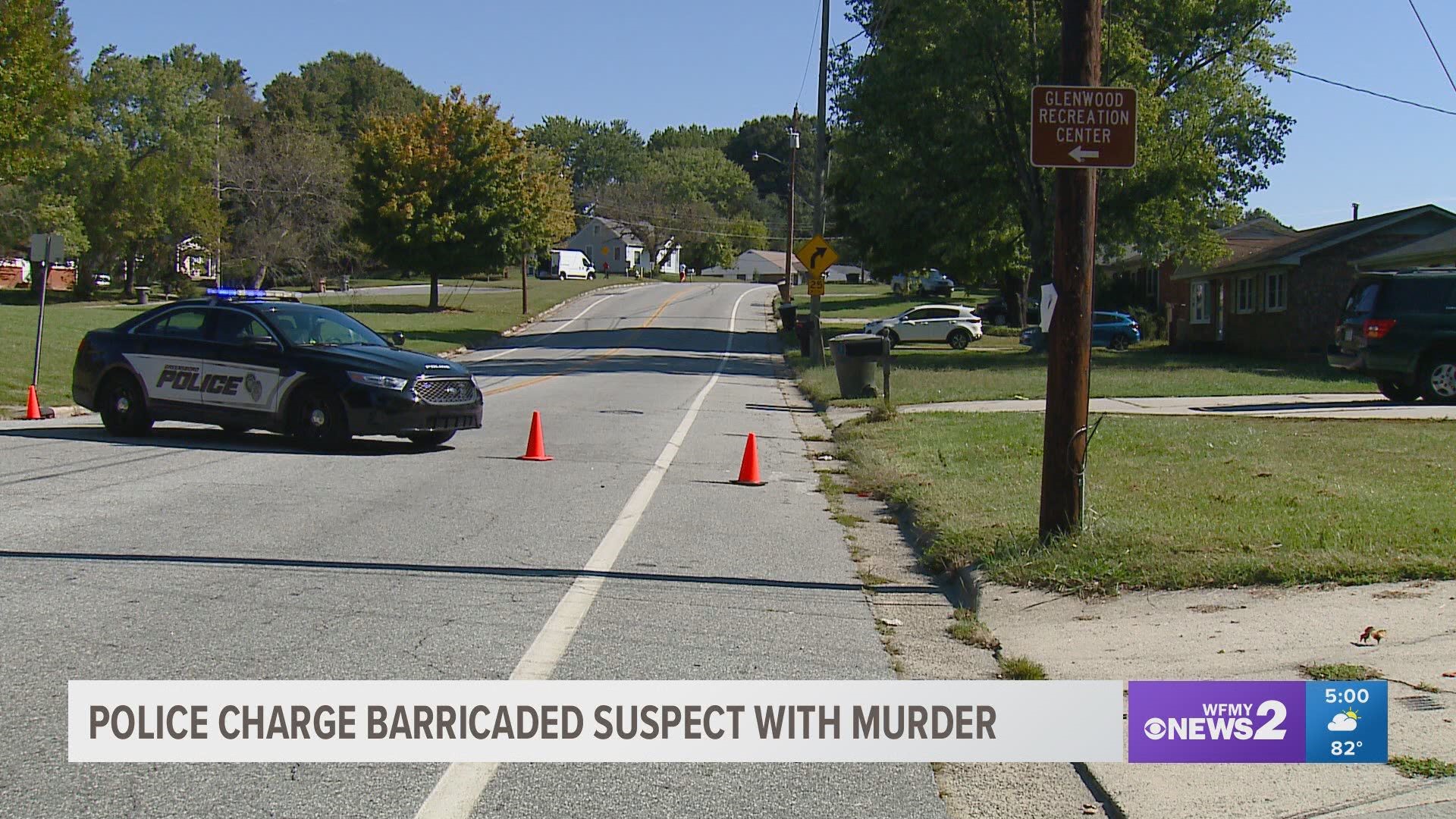 GREENSBORO, N.C. — Greensboro police said the person who barricaded himself inside an apartment off Meadowview Road Friday morning is wanted for first-degree murder.

Greensboro Police Deputy Chief Renae Sigmon said during a news conference officers located the man in an apartment around 7 o'clock this morning, but the person refused to come out.

RELATED: Man dies after being shot in Greensboro

"Our violent criminal apprehension team tried to talk to him convince him to come out for quite some time unsuccessfully," said Deputy Chief Sigmon.

Crisis negotiators and a special response team were called to the apartment shortly before 8:30 a.m. Officials said after about two-and-a-half hours of negotiating, they were able to get the man to come outside. He was taken into custody just before 11:30 a.m.

"We're grateful. That’s what we want to have happen. Generally, we want somebody when you first approach them and say you have a warrant for their arrest, we'd love for them to voluntarily comply, come out of the house, and go along with us," said Sigmon, "That doesn’t always happen and certainly we're going to make every effort that we can to end it peacefully. Ultimately, it's not up to us, it's up to the person inside that house how it's going to end. However, we're going to do everything we can with negotiators and our special response team to try and end it peacefully."

Police said no officers fired their weapons and no one was hurt during the standoff.

Police said they asked neighbors to shelter in place. Some nearby homes were evacuated just as a precaution, according to police.

Happening now, @GSO_Police have blocked off W Meadowview Rd and others street around due to a barricade situation. @WFMY is on scene and will bring you the latest as information becomes available. pic.twitter.com/TFb8mDfgEu