Virginia Spencer agreed to plead guilty to parading, demonstrating or picketing in a Capitol building and cooperate with the January 6 investigation. 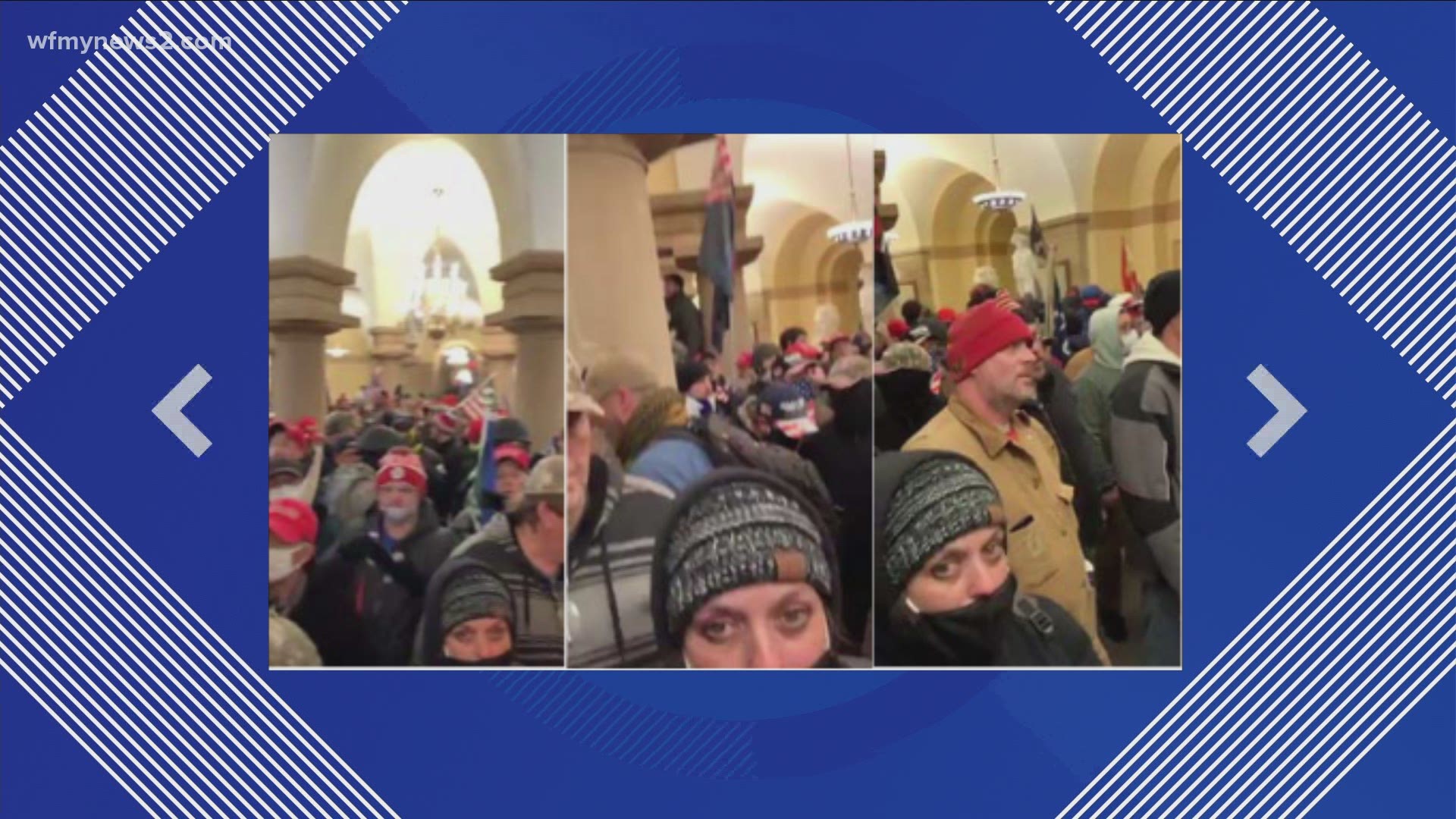 PILOT MOUNTAIN, N.C. — A Pilot Mountain woman reached a plea deal with the Department of Justice for her role in the January 6 Capitol riot.

Virginia Spencer pleaded guilty to parading, demonstrating or picketing in a Capitol building. She also agreed to cooperate with the investigation moving forward. In exchange, federal prosecutors agreed to drop additional charges against Spencer.

Spencer faces a maximum sentence of six months in prison and a $5,000 fine. She must also pay the Department of Treasury $500 to help cover the $1.4 million worth of damage from the riot. Spencer will be sentenced on January 7, 2022.

She also waived her right to a trial by jury, appeal and challenge the sentence.

Court documents show Spencer admitted to unlawfully entering the Capitol building during a January interview with FBI agents. Spencer and her attorney agreed that prosecutors could prove where she entered and exited the Capitol beyond a reasonable doubt.

Spencer's husband also faces charges for his role in the Capitol riot. His case will continue in federal court.

Investigators said there are multiple videos showing the couple walking through the Capitol. They add that Spencer "indicated she could not get away because she was afraid of being trampled...she said she then saw police officers in riot gear and went out the first exit."

However, the FBI agent said, "the Spencers do not appear to be actively searching for exits during these videos, instead [they] join in with the chanting."

RELATED: A training was held in North Carolina before the attack on Capitol