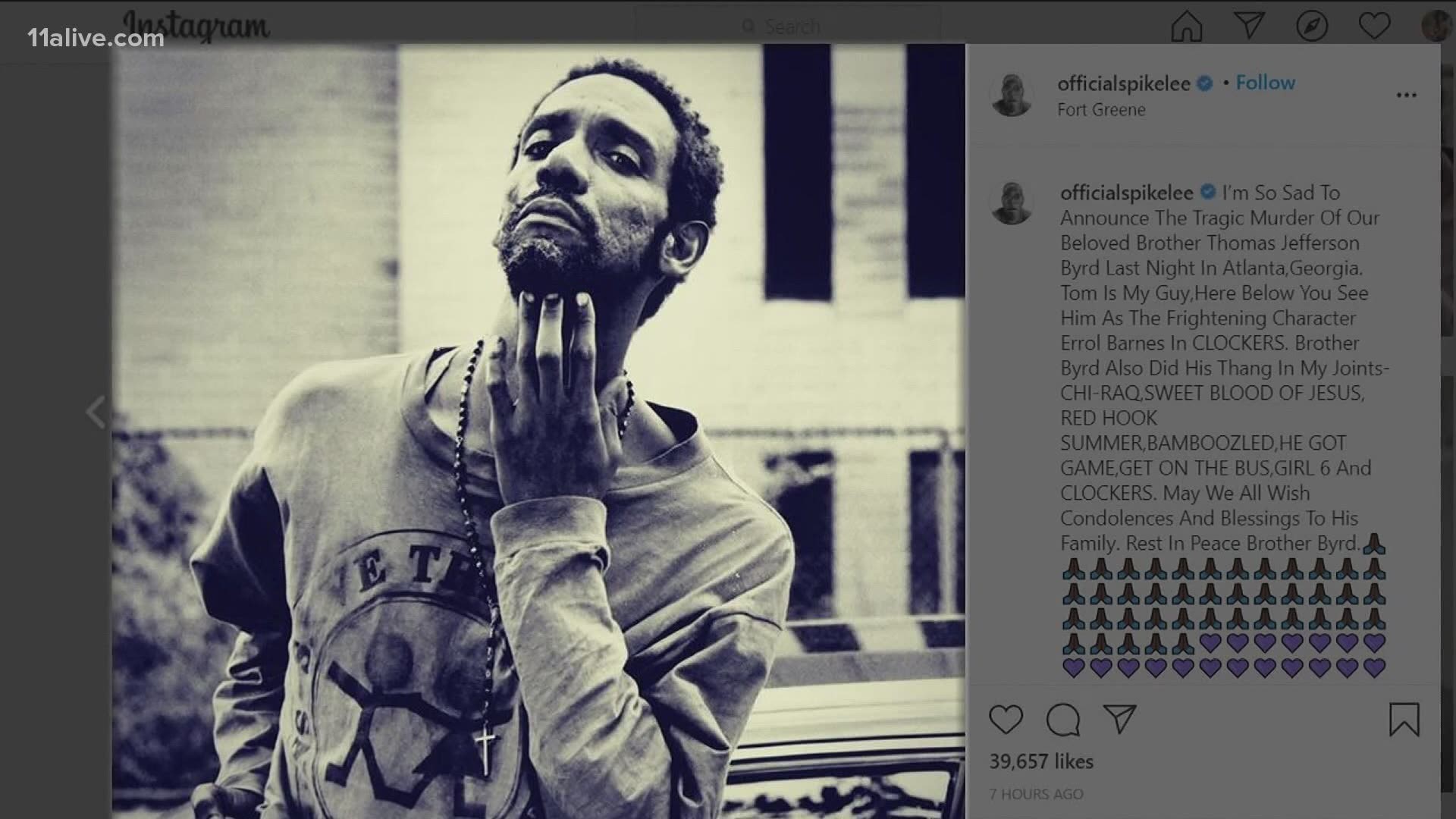 ATLANTA — Atlanta Police said Friday morning that an arrest has been made in the shooting death of actor Thomas Jefferson Byrd.

According to Officer Steve Avery, homicide detectives, following up on evidence and tips from citizens, were able to identify a suspect in the shooting.

Rhynes was arrested early Friday morning at the Royal Oaks Apartments in the 3500 block of North Camp Creek Parkway, Avery said. Once processed, Rhynes will be taken to the Fulton County Jail.

Police released drone video showing the moment he was apprehended.

Byrd was killed on Oct. 3 off of Belvedere Avenue in southwest Atlanta. Police said Byrd was shot in the back multiple times and was pronounced dead at the scene of the shooting.

Byrd was born in Griffin, Georgia, and was a resident of southwest Atlanta, according to his obituary. He received a bachelor's degree from Morris Brown College and a master's degree from the California Institute of the Arts.

Byrd was known for his roles in many Spike Lee films and was nominated for a Tony Award in 2003 for his performance in the Broadway revival of “Ma Rainey’s Black Bottom."