Detectives said a man robbed the store on Airline Boulevard and threatened the store clerks at gun point. 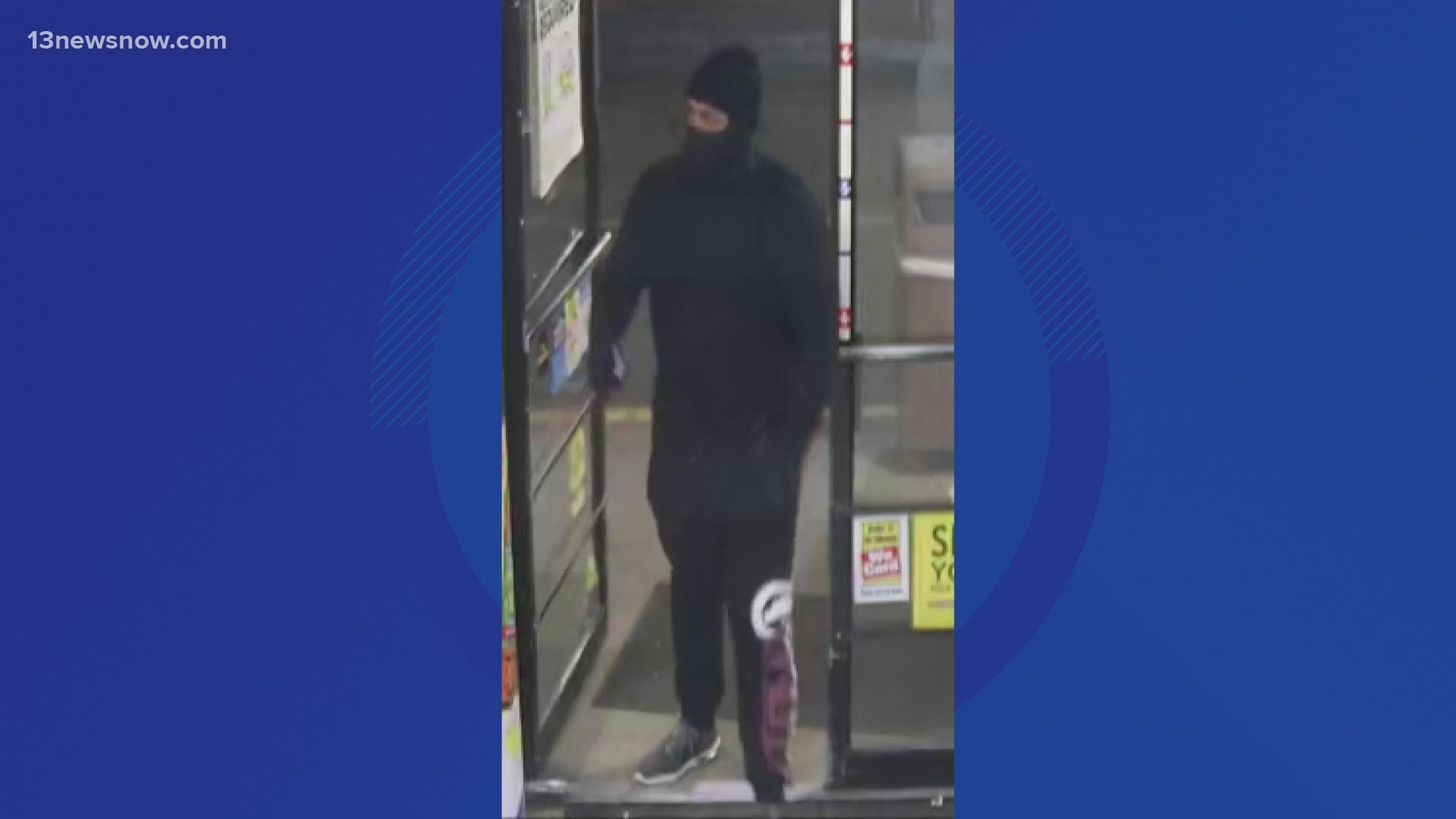 PORTSMOUTH, Va. — Detectives are looking for a man who robbed a discount store in Portsmouth at gunpoint on Monday.

Portsmouth Police Department Major Crimes Unit said it is investigating after receiving a call on Monday, Dec. 22 at 7:49 p.m. about an armed robbery that happened at the Dollar General at 2864 Airline Boulevard. This call came in from the Emergency Communication Center.

The man threatened the cashiers with a handgun and stole an undisclosed amount of money, officers said.

Detectives said the robber was a black man who appeared to be about 6'1, weighing about 200 pounds.

Officers were able to get the security footage of the incident and said the man was wearing a black long-sleeved shirt, black ski mask, black Ecko Sweatpants with a red and white “Ecko” and “Unltd” design on both lower pant legs with grey and white sneakers.

Police are investigating the incident at this time and asking anyone with information to call the Portsmouth Police Department’s Major Crimes Unit at 757-393-8536 or the Portsmouth Crime Line at 1-888-LOCK-U-UP.