O'Donnell was arrested an charged in former state Sen. Linda Collin's death in June 2019 and pleaded innocent to capital murder. 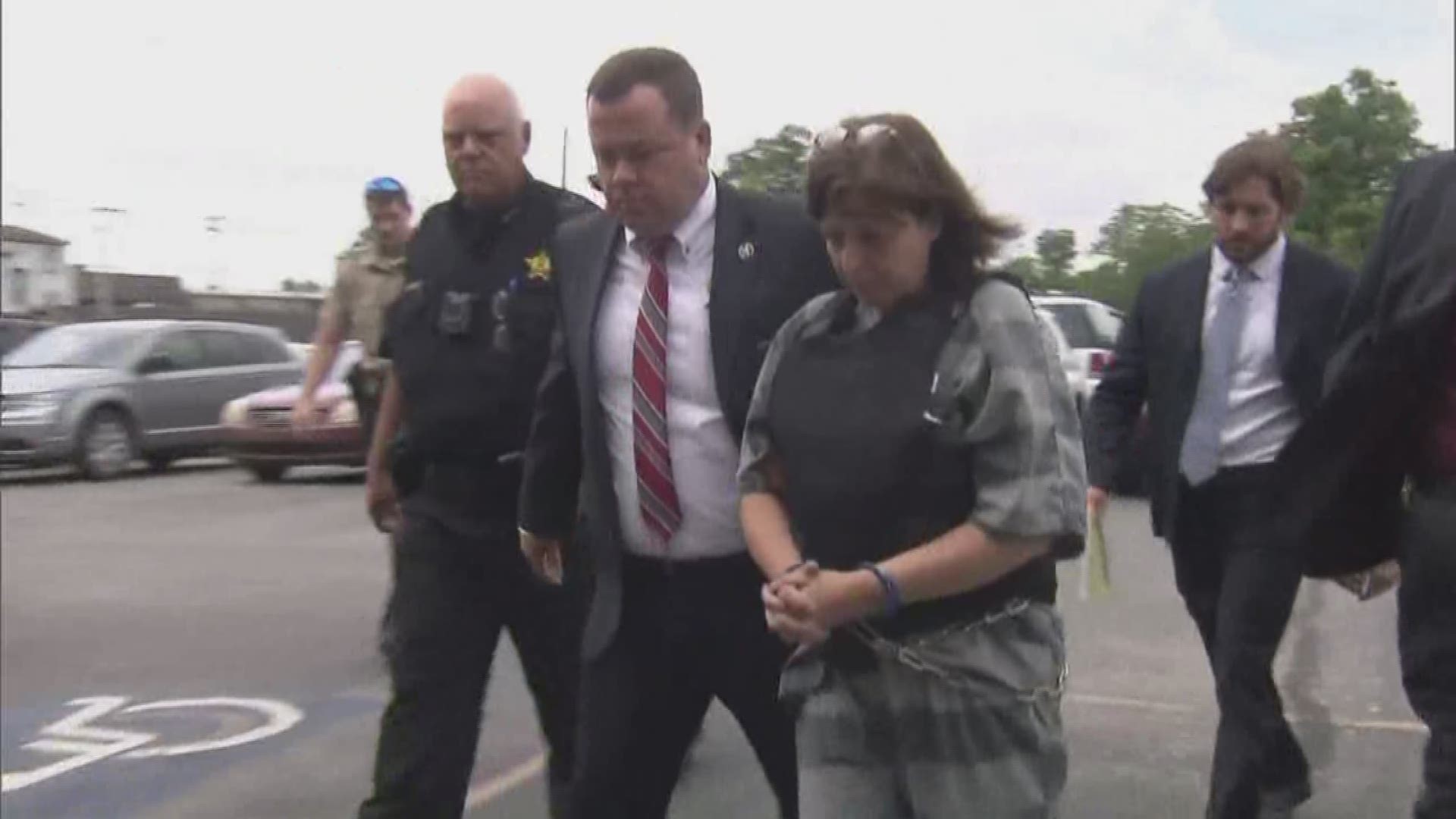 JACKSON COUNTY, Ark — Editor's note: The video shown above is from July 2019.

According to an affidavit, new charges were filed against Rebecca O'Donnell ― the woman accused of killing former state Sen. Linda Collins.

O'Donnell was arrested and charged in the death of Sen. Linda Collin's in June 2019 and pleaded innocent to capital murder.

The affidavit states while O'Donnell was being held in Jackson County Detention Center, she spoke to different inmates about arranging to kill multiple people connected to the case.

According to police, multiple female inmates advised they were solicited to kill Collins' ex-husband, Phil Smith.

They also allege O'Donnell wanted to have the death look like a suicide. The inmates claim that O'Donnell is responsible for writing the suicide note and giving it to another inmate to be left so the "charges would be dropped off her" and wanted to "make evidence disappear."

A couple of the inmates said O'Donnell told them they were to take the gold and silver in Smith's home as payment for killing him.

O'Donnell is also accused to have solicited an attempt to blow up her old car to and "destroy any evidence that may be in the vehicle."

That vehicle is being held at the Randolph County Jail, in connection with the Collins' trial.

The affidavit stated that two women at the Jackson County Detention Center told police that she also wanted to also arrange the killing of Henry Boyce.

Boyce is the former prosecutor of O'Donnell's murder case. He withdrew from Collins' murder case last year. Robert Dittrich was assigned to handle the case as the new prosecutor.

On Wednesday, Jan. 15 the family of Linda Collins released a statement concerning the recent developments Collins’ murder case and the new charges brought against Rebecca O’Donnell.

“We, the family, would like to thank the Jackson County Sheriff’s Department and the Arkansas State Police for their continued vigilance and swift response in dealing with this latest incident. We have full faith that the investigators acted on solid evidence supporting these charges and not just on a whim. We appreciate the transparency shown by all agencies involved in this matter. These newest charges further cement in our minds that the police have arrested the right person. Rebecca O’Donnell’s threats are being treated very seriously but have not deterred our faith in what we are committed to, justice for Linda. Thank you all for your continued support, prayers and well wishes.”