Man held down 3-year-old boy with autism, 'covered his mouth and nose until he turned blue': Police 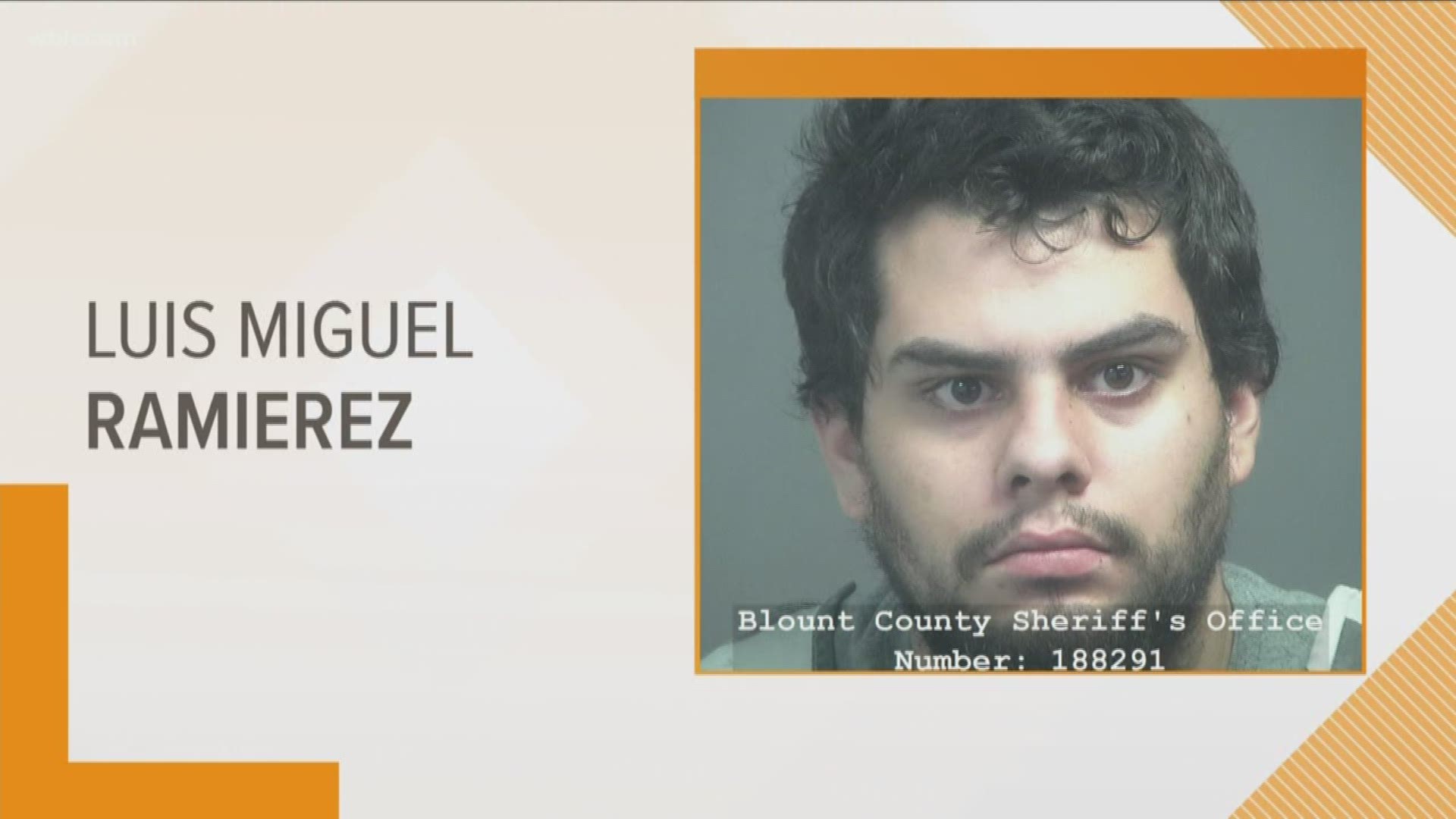 BLOUNT COUNTY, Tenn. — A Maryville man accused of holding down a 3-year-old boy with autism and covering his mouth and nose "until he turned blue" in October was taken into custody Sunday morning, arrest warrants show.

Luis Miguel Ramirez, 36, faces charges including aggravated domestic assault, aggravated child abuse and aggravated vandalism, according to the arrest warrants. He was also charged with felony violation of probation.

Warrants, which were filed on Nov. 1, said on Oct. 30 Ramirez went to Atchley Apartments and reportedly assaulted a woman, who has an active order of protection against him, while trying to get inside her apartment.

She said he entered her apartment and pushed her against a wall to get inside, records show.

"The victim fled the residence to call the police," the warrant said.

After he got inside, he allegedly threw the child, who has autism, down on the bed and was covering his mouth and nose with his hand. According to the warrant, he then picked him "up by his head and covered his mouth and nose until he turned blue."

The victim's mother told authorities she saw him shake the child as well, records show.

Ramirez also allegedly broke the victim's 60" Smart TV, punched holes in the sheetrock walls of her apartment and jumped on the couch and broke it, according to the report.

Blount County deputies arrested Ramirez a month after the report was filed. He was taken into custody Dec. 1 around 8:30 a.m. Deputies found him at a home on Turkey Pen Road after investigators were told he had been sleeping there, according to the arrest report.

In the report, it said the owner of the property denied knowing where Ramirez was but let them search the home for him.

"While speaking to these occupants I noticed a small child trying to get my attention and was looking and pointing in the corner of a dark bedroom, upon entering the dark room, I immediately looked to my right and noticed the male/offender that I was attempting to locate," the report said.

He was arrested and taken to the Blount County Justice Center.

When he was being transported, authorities said Ramirez "became agitated" and "made empty threats and statements about how displeased he was with the Blount County Sheriff's Office and law enforcement in general."