Long spent 44 years in prison for a rape he says he didn't commit. A federal appeals court agreed, saying his rights were violated and evidence was hidden by police. 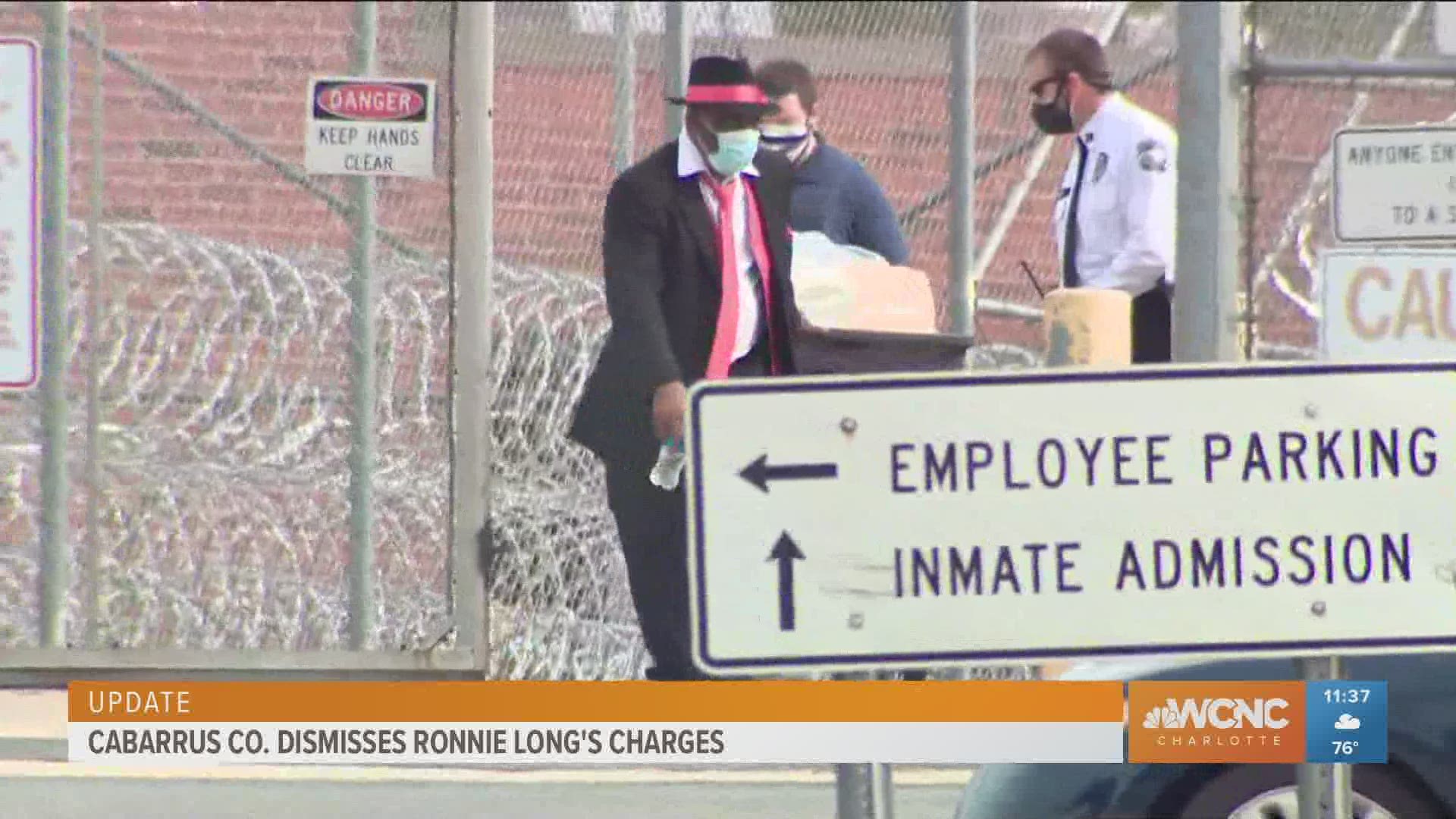 CHARLOTTE, N.C. — The Cabarrus County District Attorney's Office has dismissed charges against Ronnie Long, a Concord man who spent 44 years in prison for a rape he said he did not commit, Long's attorney confirmed to WCNC Charlotte.

Jamie Lau, Long's attorney who helped appeal his conviction, confirmed authorities will not be retrying Long's case, officially ending his decades-long fight for freedom. His conviction was vacated by a federal appeals court who ruled Long's rights were violated in his 1976 trial. Three of the judges said they believed Long is innocent and it should be case closed based on what they called "extreme and continuous police misconduct" that included lab tests showing Long was "not linked to the crime scene in any way." The court ruled that Concord investigators hid evidence that pointed to another suspect.

Long was released from prison last Thursday. Lau broke the news of his release one day before it happened.

"He was emotional," Lau said. "You could hear the happiness through the phone, he was laughing a little bit with disbelief."

Lau said he will seek a pardon of innocence from North Carolina Gov. Roy Cooper. While that would help Long receive compensation from the state, Lau said it's still too early in the process to talk about any civil litigation in the case.

“The governor would have to issue a pardon of innocence for Mr. Long to receive statutory compensation from North Carolina for the 44 years of his life that were stolen by this wrongful conviction,” said Lau.