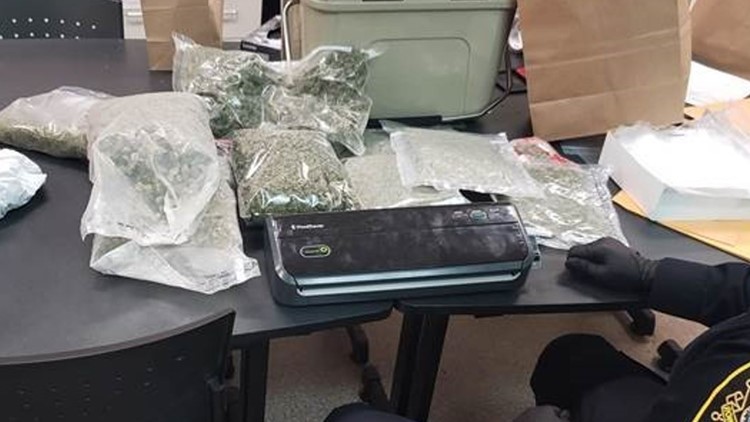 ROWAN COUNTY, N.C. — A man in Rowan County was arrested for having seven pounds of marijuana in his car, Sheriff Deputies said.

On Wednesday, the Rowan County Sheriff's Office said they received a call about a suspicious vehicle parked at 507 China Grove Road, a property owned by Salisbury Rowan Schools. When an RCSO deputy arrived, he says he smelled a "strong odor of marijuana" when he approached the vehicle belonging to Daniel Alexander Morton, who was still inside.

Morton, a Concord, North Carolina resident, refused to unlock his vehicle when requested, the RSCO said. Morton was then taken into custody for Resist, Delay and Obstruct of an officer.

Deputies then opened the vehicle and discovered approximately seven pounds of marijuana packed in plastic bags, officials said. Morton was charged with Felony Possession with Intent to Sell and Deliver Marijuana and Maintaining a Vehicle to Keep and Store a Controlled Substance.