The students, from Emory's Oxford College, face charges for pouring salt on a portion of the field prior to the Texas A&M game, police said. 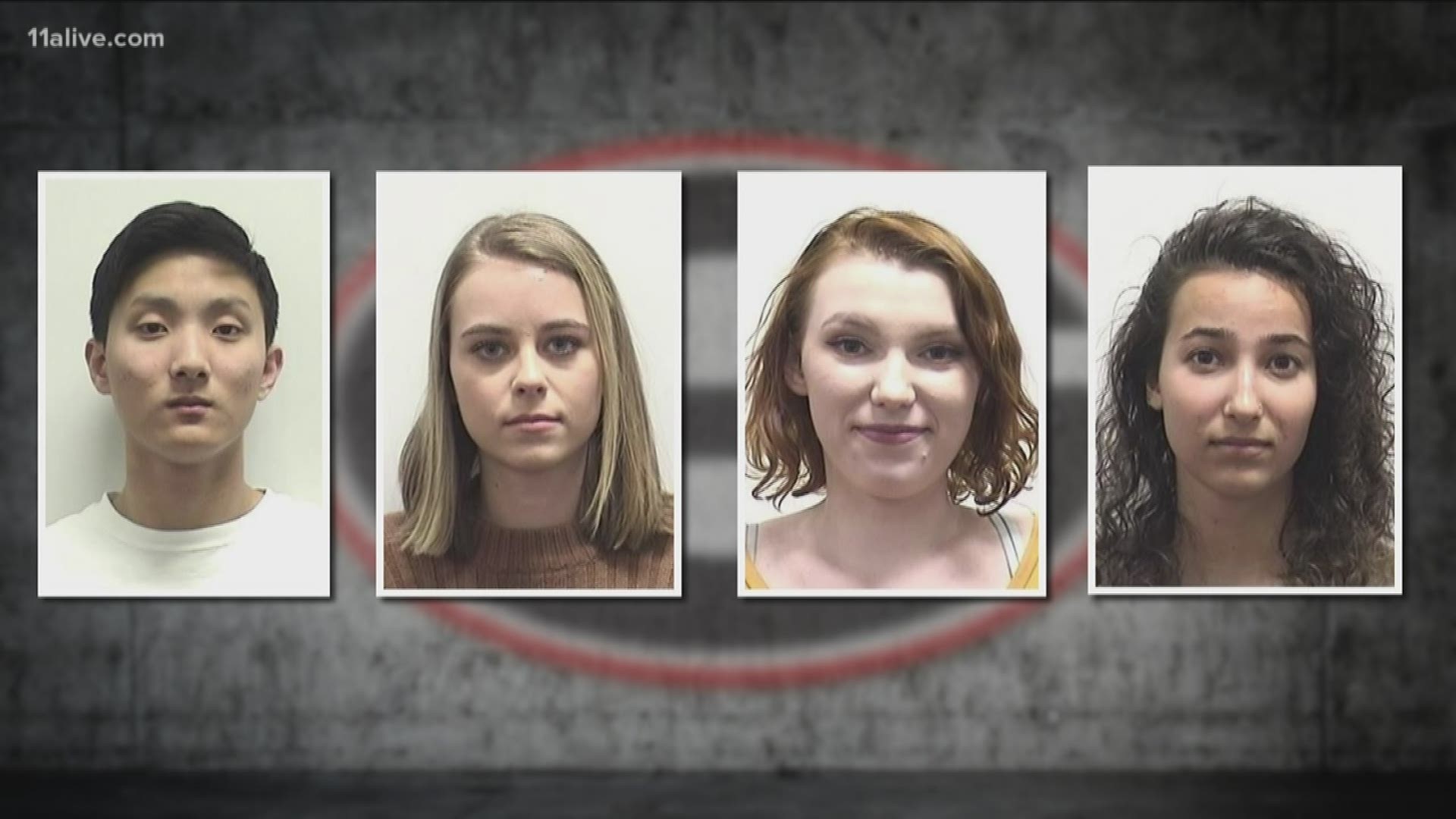 ATHENS, Ga. — Four students from Oxford College of Emory University in Newton County have been arrested and charged in connection with a case of vandalism that happened in November at Sanford Stadium.

The police report indicated that Mark Delafchell, director of building services for the University of Georgia Athletics Department told the responding officer that four people had entered Sanford Stadium on November 20, 2019, at about 8:15 p.m.

According to the police report, Delafchell said that the four people damaged a section of the turf. Claude Felton with the UGA Athletics Department said the damage was caused by salt being poured on the field with the intent of killing the grass.

As a result, Delafchell said a 6-foot by 15-foot section of turf had to be removed and replaced in order to repair the field. Damage to the field exceeded $500, according to the report.

Felton said the damage was repaired fairly quickly prior to the Bulldogs' game against the Texas A&M Aggies which was played the following Saturday.

According to investigators, they were ultimately able to determine that the four suspects were students at Oxford College.

An additional police investigation determined that three red UGA seatbacks valued roughly at $24 were also stolen from the stadium seating area during the incident.

The four were each booked into the Athens-Clarke County Jail and posted $3,500 bond.

Man tortured by gang members, skull 'depressed' in one the most brutal murders in Atlanta