An email and text alert from the university just after 2:30 am says it happened at Hugine Suites. 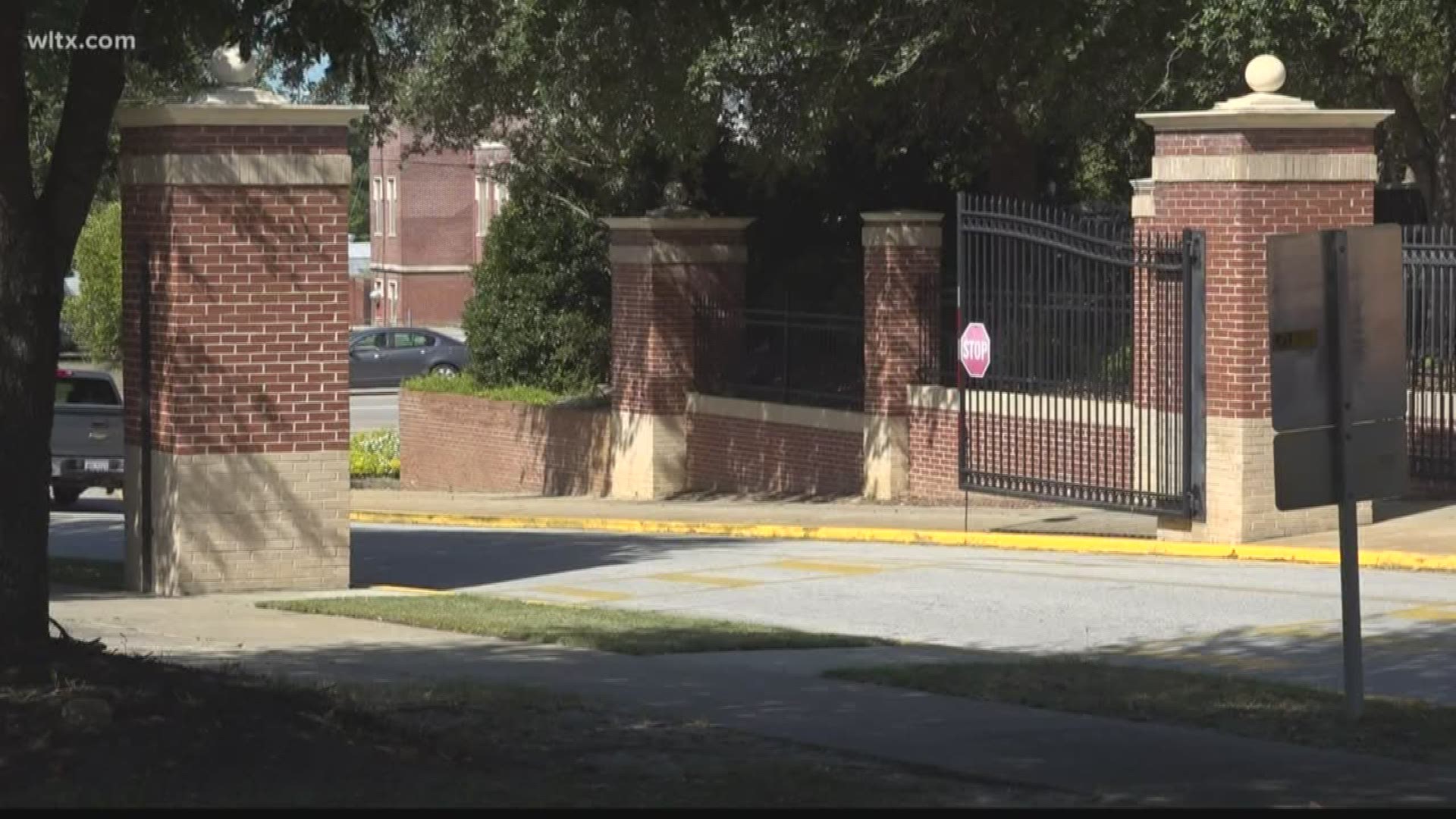 ORANGEBURG, S.C. — South Carolina State University says campus police are interviewing a person of interest in connection with a shooting that took place early this morning that injured two women.

Police did not give additional details on how the person is, or exactly how they may be related to the case.

SC State University President James Clark spoke hours after the incident, and said it all began with some type of fight off campus between a group of people. Around 1:47 a.m, those people came onto Orangeburg college's campus, and began shooting. An earlier statement from the school said the shooting occurred at Hugine Suites near Building K at the school.

Two women who were walking on campus were hit by gunfire. One of the two was a student at South Carolina State University while the other attends nearby Claflin University. The SC State student was wounded in the leg. Both of the victim's injuries are considered non life-threatening.

The SC State student has already been released from the hospital, and Clark said he spoke to her. She is expected to make a full recovery.

"She is emotionally shaken but is recovering," Clark added after speaking to her.

A campuswide email and text alert from the university was sent out just after 2:30 am.  Students were told, in the alert, to shelter in place and to avoid the area. At 7:49 am, an all clear was given by Campus Safety.

Student Johnovan Wright explains what he heard during the incident and why it was important the community came together together for a prayer vigil saying, "Normally you hear it and it’s outside of the gate but now it’s home and it hits close. We had a prayer service earlier in the plaza and we just came together trying to ease the spirit because it is a little tense right now on campus. The whole campus including myself is mourning right now."

When asked by reporters Friday, Clark and the school's police chief would not say if they believe the suspects in the case were students. People are supposed to show campus ID to get access to the school's grounds after hours.

"Safety of our students faculty and staff or anyone on this campus is priority one," Clark said.

"Today I feel kind of gloomy honestly, things just don't feel the same" says Imani Muhammad, an underclassmen, "People were running behind cars people were screaming it really sounded like they were going to war with each other because it wasn’t just tit tats they were really shooting at each other."

According to SCSU, Hugine Suites is a co-ed upperclassmen housing complex that has a maximum of 755 students living there.

Each suite has four bedrooms, a common area, two bathrooms, a washer and dryer, a refrigerator and microwave. They are also fully furnished with beds, desks, closets, nightstands, couches, tables and chairs.