Steven Staples, 31, has been charged in four murders in Charlotte and is also accused of killing a man in Hickory during an armed robbery. 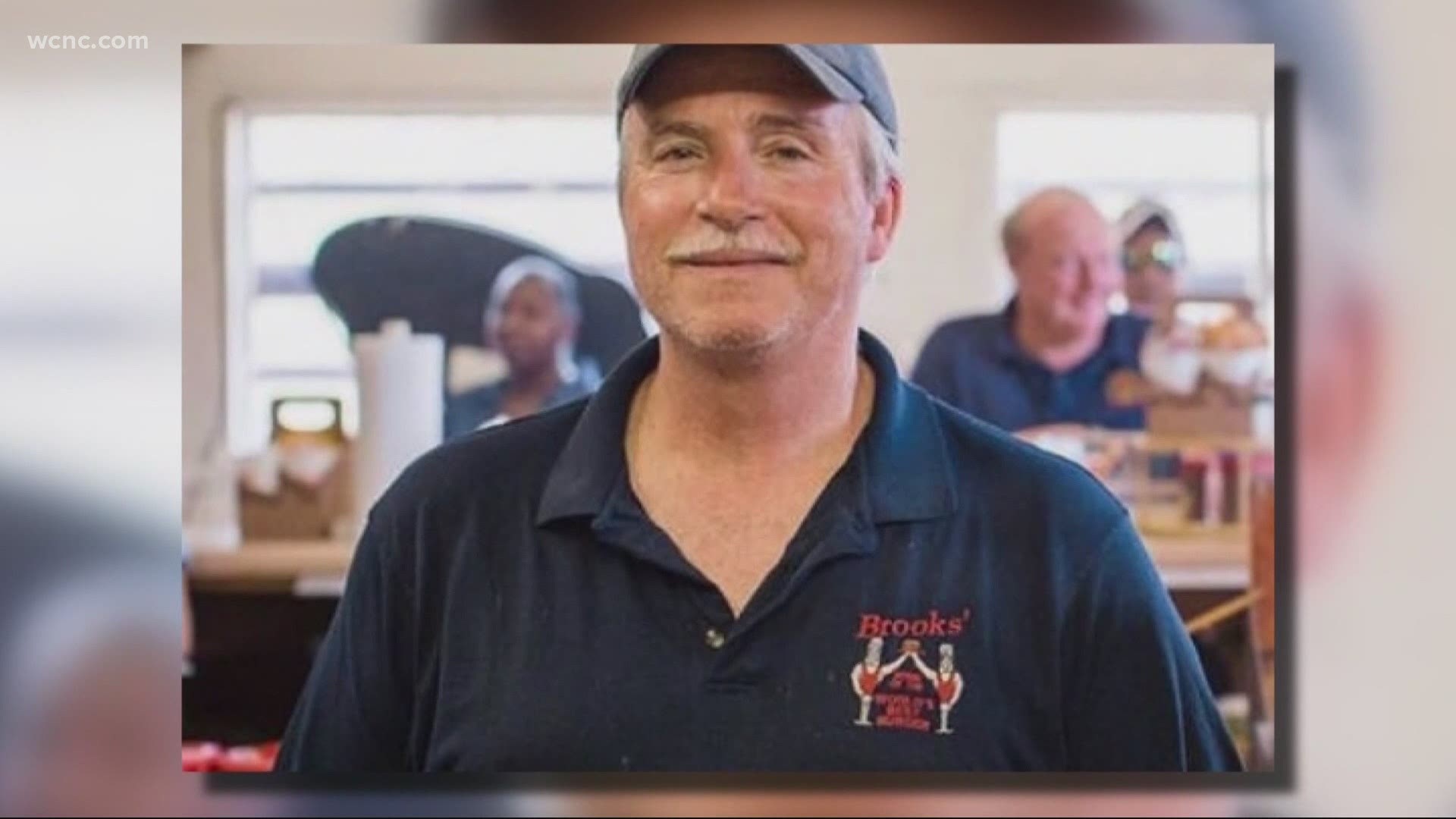 CHARLOTTE, N.C. — A second person has been arrested in connection with the December 2019 murder of Brooks' Sandwich House co-owner, Scott Brooks.

Charlotte-Mecklenburg Police said Tuesday that 31-year-old Steven Staples was charged with murder in Scott Brooks' killing. Staples was already in custody on other charges, according to CMPD.

“It gives me a little bit of assurance that something is going to happen,” said David Brooks, Scott Brooks’ twin brother. "And just want to bring a little bit of justice to my brother, and you know, for his wife and family.”

Scott Brooks was murdered after arriving to work at the family-run business on Dec. 9, 2019.  Police say surveillance video showed the suspects arrived at Brooks' Sandwich House just before 6 a.m. on the morning of the murder.

They believe the murder stemmed from a robbery attempt at the popular Charlotte restaurant.

According to CMPD data, Staples has been charged in connection with five murders that happened in a little over one month. He was charged with murder after a man was found shot to death two weeks after Scott Brooks was killed outside his family's restaurant. In January, Staples was charged after two people were shot and killed in an SUV on Atando Avenue in north Charlotte. Staples was also charged in connection with the murder of a man who was shot and killed during an armed robbery in Hickory.

In March, CMPD arrested and charged 33-year-old Terry Conner Jr. with Scott Brooks' murder and announced they were still looking for a second suspect in the case.  Authorities had offered a $21,000 reward.

Lieutenant Bryan Crum, with CMPD’s violent crimes unit, didn’t go into specific evidence or details but said police were finally able to bring charges after dissecting the information in the case.

“Obviously, when somebody is in custody, we don’t have a rush to make charges at that point,” Crum said. “We want to make sure that we have a case we can prove, and so today we got to a point we believe we can prove this case.”

Crum said he believes the suspects didn't seem to be concerned with the consequences of their actions.

“These are really violent individuals that probably weren’t real concerned about the outcome of their behavior was or what their actions were,” Crum said. “You know, that month and a half period of time to continue to participate in this kind of violence, I would say that they’re just very violent, dangerous individuals.”

Detectives are continuing to investigate the case but have not said if they are looking for any other suspects at this time.

Scott Brooks and his twin brother David ran the three-generation, family-owned Brooks' Sandwich House originally opened in 1973 by their father. The cash-only restaurant is known in the community for its burgers, hot dogs, and chili.

The restaurant closed down shortly after Scott Brooks' murder in 2019 before reopening briefly in February.  The COVID-19 pandemic forced the family-operated restaurant to shut down again in March.

It has since reopened with changes due to COVID-19.