The New Orleans Police Department says a car pulled up to a parked SUV and several gunshots were fired. 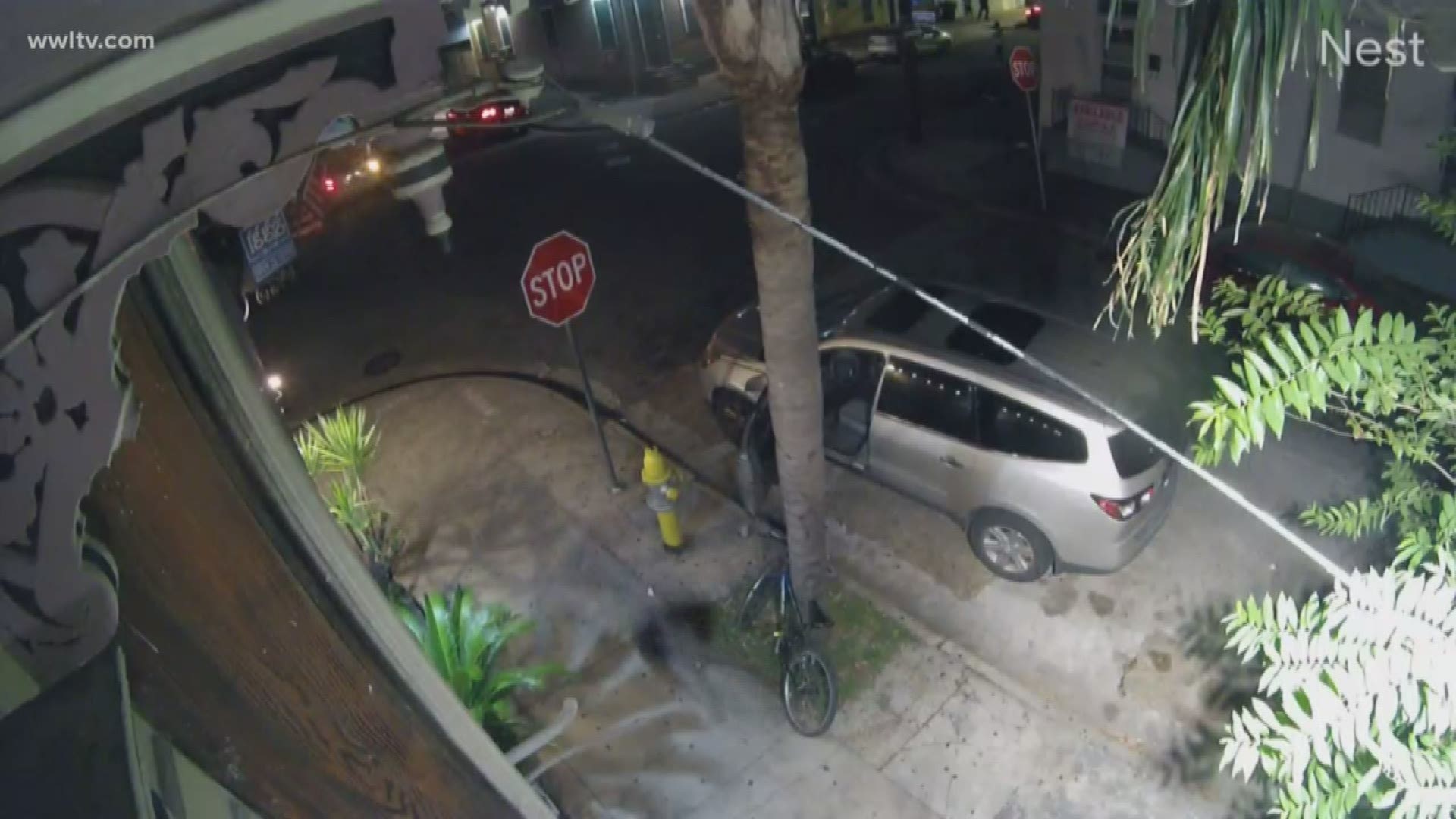 NEW ORLEANS — A man was injured after several gunshots were fired at him from a black sedan early Saturday morning in the New Orleans' Marigny neighborhood.

Audio of the incident was captured on surveillance camera. In the video you can clearly hear close to two dozen shots fired.

Authorities say the victim was a passenger inside a white SUV when the black sedan pulled up to the passenger side and shots rang out. Jordan Jacobs, a Marigny resident, told reporters what he knew.

"Someone drove up, parked right here and shot somebody in their car," Jacobs said. "I mean — I just couldn't believe there are people just out here shooting each other in the Marigny ... it's unbelievable."

The sedan eventually drove off toward Elysian Fields on North Rampart.

Police said the driver of the SUV got out of his car fired shots back at the black sedan, before he drove the victim to the hospital, where he dropped him off outside the emergency and fled the scene.

The surveillance footage shows people fleeing the scene as no less than 23 gunshots were heard.

The New Orleans Police Department says the shooting happened around 2:20 a.m. in the 1900 block of North Rampart Street near Touro Street.

A WWL-TV viewer shared security video of the shooting that showed people running away as several shots were fired.

► Get breaking news from your neighborhood delivered directly to you by downloading the FREE WWL-TV News app now in the IOS App Store or Google Play.

‎WWL-TV New Orleans News
‎WWL-TV is the New Orleans news leader in breaking news, weather, traffic and crime. Download the free app to your phone and receive news and weather alerts on important stories and emergency situations. The WWL-TV News app focuses on the latest news to keep you informed. Highlights of the app inclu...
App Store |Aug 17, 2019