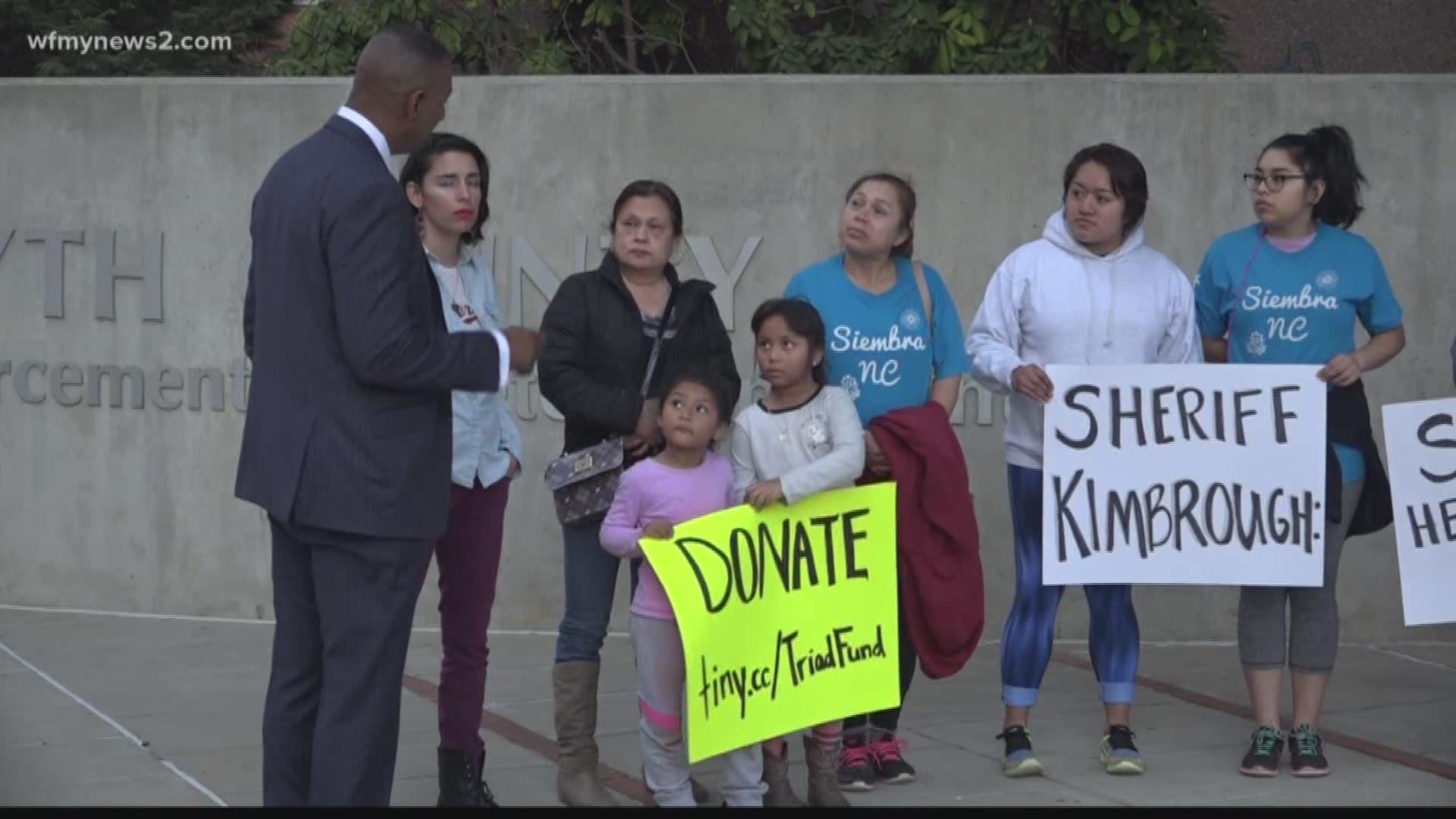 WINSTON-SALEM, N.C. — The new administration of the Forsyth County Sheriff's Office announced Tuesday that it is ending its agreement with ICE.

On Wednesday, Sheriff Kimbrough discussed those plans in further detail during a news conference. He said undocumented immigrants for civil violations is not what the office of the Sheriff does.

Sheriff Kimbrough said violent offenders who are here illegally will still answer to the law and face deportation.

Across our state, some new sheriffs are ditching their agreements with Immigration and Customs Enforcement, notably, sheriffs in Mecklenburg and Wake Counties back in December.

"The Sheriff's Office will no longer house immigration violators. That's what that means," he said.

Under the current contractual agreement between the Forsyth County Sheriff's Office and the United States Marshals Service, when an undocumented immigrant is arrested and fingerprinted, Sheriff Kimbrough says the system alerts ICE - which is the law. ICE can ask the jail to hold them there, even if they post bond.

"If you look at the agreement, it says the US Marshal and then you get down to Block 18 and it says others, and it has ICE listed. What that means is that the US Marshal has listed ICE as an authorized user to house inmates [at this detention center]," Kimbrough said, "You're entered into the system, and then what happens is it flags immigration services, and at that time immigration will issue the civil paperwork which holds them and detains them."

That's the case right now for Eduardo Fuentes. He was arrested Sunday night for possession of a stolen weapon. His wife Melina paid his $2,000 bail, but he's still locked up.

"All I'm gonna do is just pray to God and hope everything turns out good," she said, "And that they give them another opportunity for him to do his time here, and to not get deported. Even though I already know that he's in the custody of ICE - all I gotta do is just pray."

On Tuesday, Sheriff Kimbrough met with the group pleading for Fuentes' release to say things are changing.

Kimbrough says the current ICE agreement signed under former Sheriff Schatzman expires in April, but he says they're hoping to end it sooner than that.