State wants to set execution date for Christa Gail Pike; defense argues now is not the time for only woman on death row

Pike has exhausted her legal appeals. The U.S. Supreme Court denied a request last year to review the case. 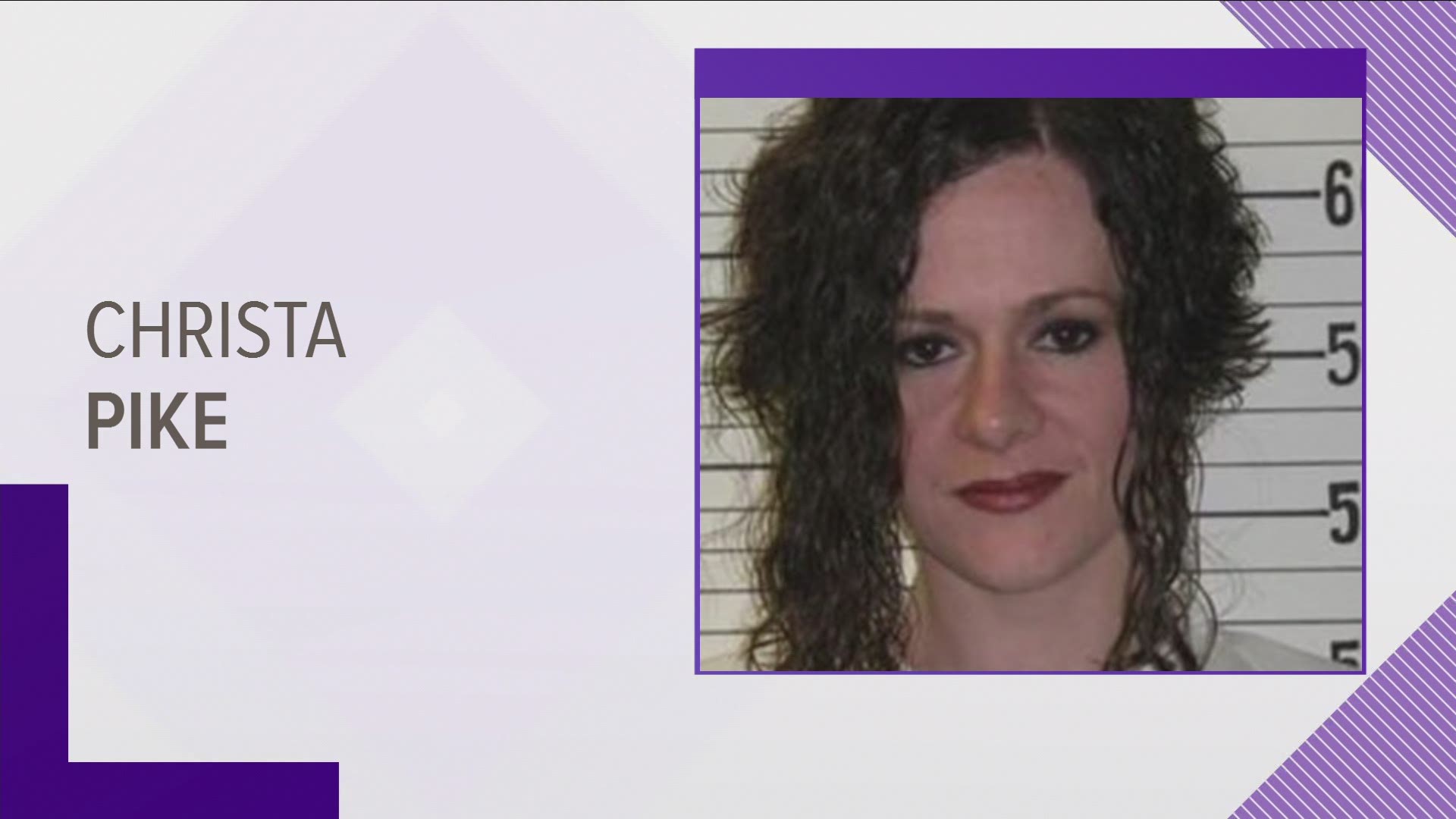 The state of Tennessee wants to set an execution date.

Pike's defense team filed lengthy court papers Monday before the state's highest court on behalf of the only woman facing execution in Tennessee.

They were responding to the Tennessee Attorney General's Office, which argues Pike has exhausted all appeals options and now should get an execution date.

Pike, now 45, was convicted in 1996 in Knox County Criminal Court in the murder of Colleen Slemmer, 19, off a greenway on the University of Tennessee Agricultural campus.

Pike is the only woman on the state's death row.

According to defense attorneys Stephen Ferrell, Kelly Gleason and Randall Spivey, it would be premature to set a date to put Pike to death.

They argue the Inter-American Commission on Human Rights is looking into Pike's case and whether her civil rights have been denied. The IACHR is the primary agency of the Organization of American States, which promotes human rights in the American hemisphere.

The defense also argues a mental health expert still needs time to meet with Pike, who is being held at the Debra K. Johnson Rehabilitation Center in Nashville, previously known as the Nashville Prison for Women.

The lawyers also argue the state Supreme Court has the authority to commute Pike's sentence, and much of their filing Monday argues why death should be set aside.

They argue in part that Pike was mentally ill, only 18 at the time of the killing and had suffered a horrible childhood from which she'd barely emerged when she attacked Slemmer.

The U.S. Supreme Court declined in June 2020 to review Pike's case. The AG's Office then asked in August for an execution date to be set, records show.

Pike, Pike's boyfriend Tadaryl Shipp, their friend Shadolla Peterson and Slemmer attended the Knoxville Job Corps Center on Dale Avenue north of the University of Tennessee campus. It's long since been closed and the building torn down.

Pike, Shipp and Peterson plotted to lure Slemmer out with the promise of smoking marijuana on a rainy night in January 1995. Pike and Shipp then tortured, cut and beat Slemmer off the greenway south of Tyson Park.

They cut a pentagram in her chest. Pike bashed Slemmer's skull in with a chunk of asphalt and cut her with a box cutter.

Pike kept a piece of Slemmer's skull as a souvenir and bragged about it later to friends at the Job Corps Center.

Shipp was 17 -- legally a juvenile -- at the time of the 1995 killing and avoided the threat of the death penalty.

He's now 43 and serving time at the Northwest Correctional Complex in Tiptonville, Tenn. He has a release eligibility date of 2028, state correction records show.

Credit: May Martinez
Colleen Slemmer, who came to Knoxville to take part in the Job Corps program.