When Julia Bonin was dropping her son off at school Thursday morning, she spotted missing Tennessee kids with their suspected kidnapper, Jacob Clare. 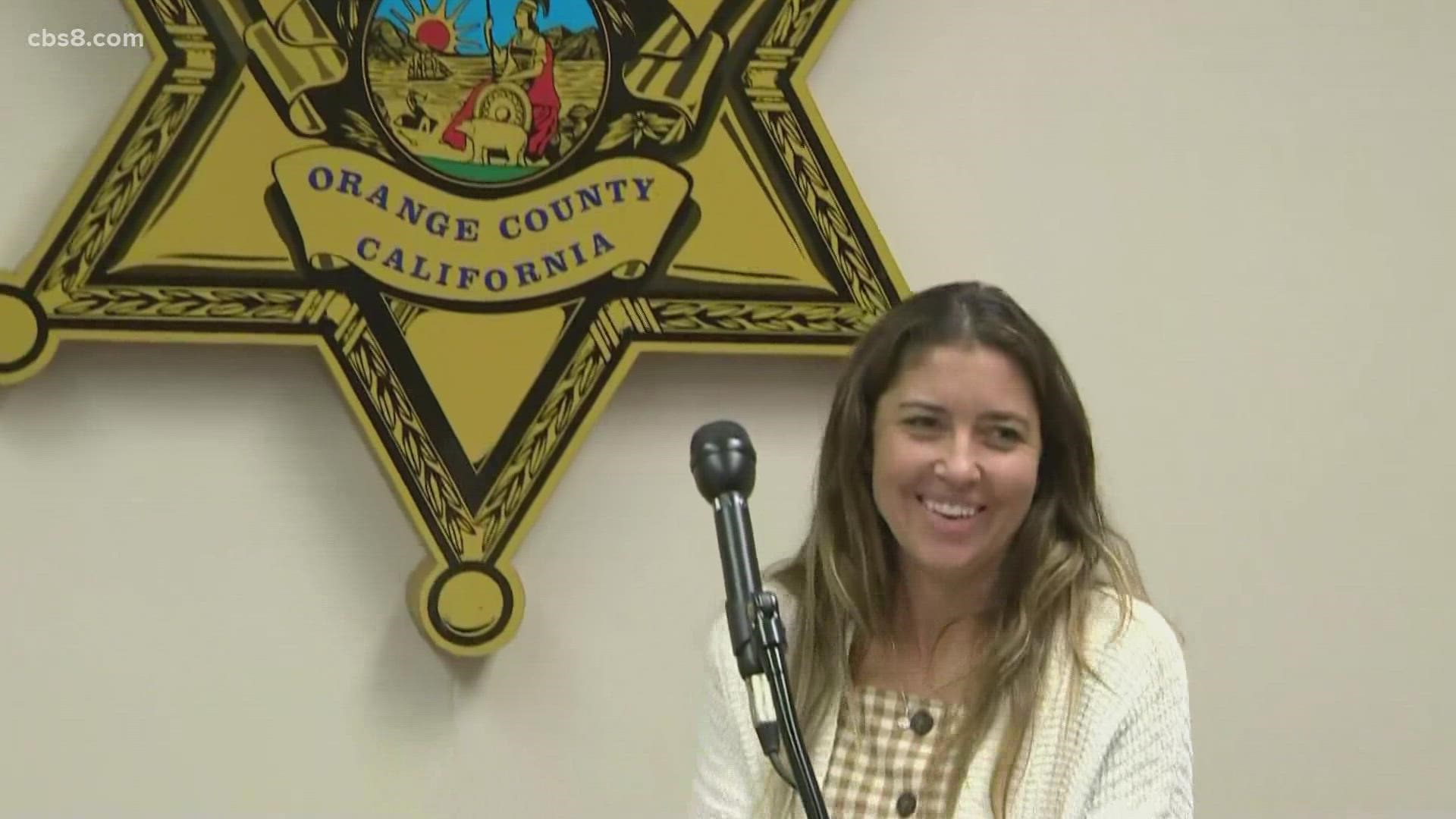 DANA POINT, Calif — As the old saying goes, when you see something, say something.

"As nervous as I am to be up here, I just want to say to everybody...that you just have to trust your instinct and your gut when you see these things," said Julia Bonin. "Because I almost didn't act upon it."

And that's exactly what Bonin did, she trusted her gut when she believed she had spotted two missing kids, walking along the sidewalk with the suspect in Dana Point in Orange County.

Bonin said she was dropping her son off at school Thursday morning when she had seen three individuals she recognized from social media and news.

"I continued to take my son to school, with the instinct that it was them," said Bonin. "And as we pulled up to school, where I was supposed to be volunteering this morning, I looked at my son and I said, 'I have to go back. I think it might be them and I have to make sure.'"

Bonin dropped off her son at school and continued to follow her instincts and turned her car around, headed back north to see if it was really the missing Tennessee kids Amber and Noah Clare with their kidnapper.

"I parked my car and got out and took a photo and called dispatch and reported what it was," said Bonin. "I continued then after to head back to school to volunteer, and again, I turned back around because I thought... 'I can't leave. I have to make sure I follow them.'"

As Bonin turned back around again, she received a phone call from authorities telling her to meet them where they were.

When she pulled up to the scene near Doheny State Beach, Orange County Sheriff's Department had their suspect, Jacob Clare in custody, and Bonin also saw both 15-year-old Amber and 3-year-old Noah Clare safe on the beach.

"It was just a really good feeling...I have children of my own, and I would want somebody to do the same," said Bonin. "I couldn't stop shaking and tearing up, I just wanted to hug them and say, 'We did it!'"

After detectives questioned Bonin and she gave her statement, she said she sat on the beach and reflected on what happened.

"We have constant conversations, with my own children about things at school and watching out for each other and friends. When you have an instinct like that...had I not turned around, it just would have lingered with me," said Bonin. "It was very much instinctual and very much a gut feeling that it just...it stayed with me."

According to the Orange County Sheriff's Department, deputies received a tip from Bonin around 8:50 a.m. about a boy matching the description of 3-year-old Noah Clare.

"I'd like to say a special thank you to the lady, Julia Bonin who was responsible for acting on her intuition and bringing the information to our attention that led us to the location of Mr. Clare at Doheny State Beach," said Sheriff Barnes, at Thursday's media briefing.

Orange County Sheriff Don Barnes continued to say, if it weren't for Bonin trusting her intuition, 3-year-old Noah Clare and 15-year-old Amber Clare may not have been reunited with their loved ones on Thursday.

"This is why I really want to make this point of people who see something and don't act on it," said OC Sheriff Barnes. "I also want to highlight what Julia shared about what she did. But more importantly, what she did not do, which was place yourself in harm. It could not have gone any better than how it did this morning."

UPDATE: #NoahClare and #AmberClare have been found safe and sound, just outside of San Clemente, CA!

Jake Clare is in custody!

It had almost been two weeks since the Clare children went missing.

On Friday, Nov. 5, the teenager Amber Clare went to bed as usual, but when her mother, Jamie Bravata woke up Saturday morning, Amber was gone.

"When I woke up she was gone. She left a note with her sister saying she was going on a grand adventure," said Amber's mom Jamie Bravata.

Bravata said she was still processing all of what happened after she found out her daughter left her home in Beaver Dam, Kentucky, with her uncle Jacob Clare.

Jamie said 35-year-old Jacob Clare has been manipulating her daughter to leave.

"This past week we have been all over searching," said Bravata.

"We found evidence of him grooming her which is why we believe she went with him," said Bravata.

MORE: We're sharing these to give you our best guess at what they might look like now, especially side-by-side.

This is also the first time since they've disappeared we've been able to definitively place #AmberClare with Jacob.

Along with Amber, authorities say Jacob also took his 3-year-old son Noah. He has weekend custodial rights but never came back Sunday at 6 p.m.

Authorities say Noah was taken in Gallatin, Tennessee, and Amber, left her home in Beaver Dam, Kentucky. The two locations are about an hour and a half drive from each other.