Authorities search for home intruders who zip-tied family, held them at gunpoint

Two men entered the house, tied up the family, and held them at gunpoint demanding money, according to officials. One of the family members was shot twice. 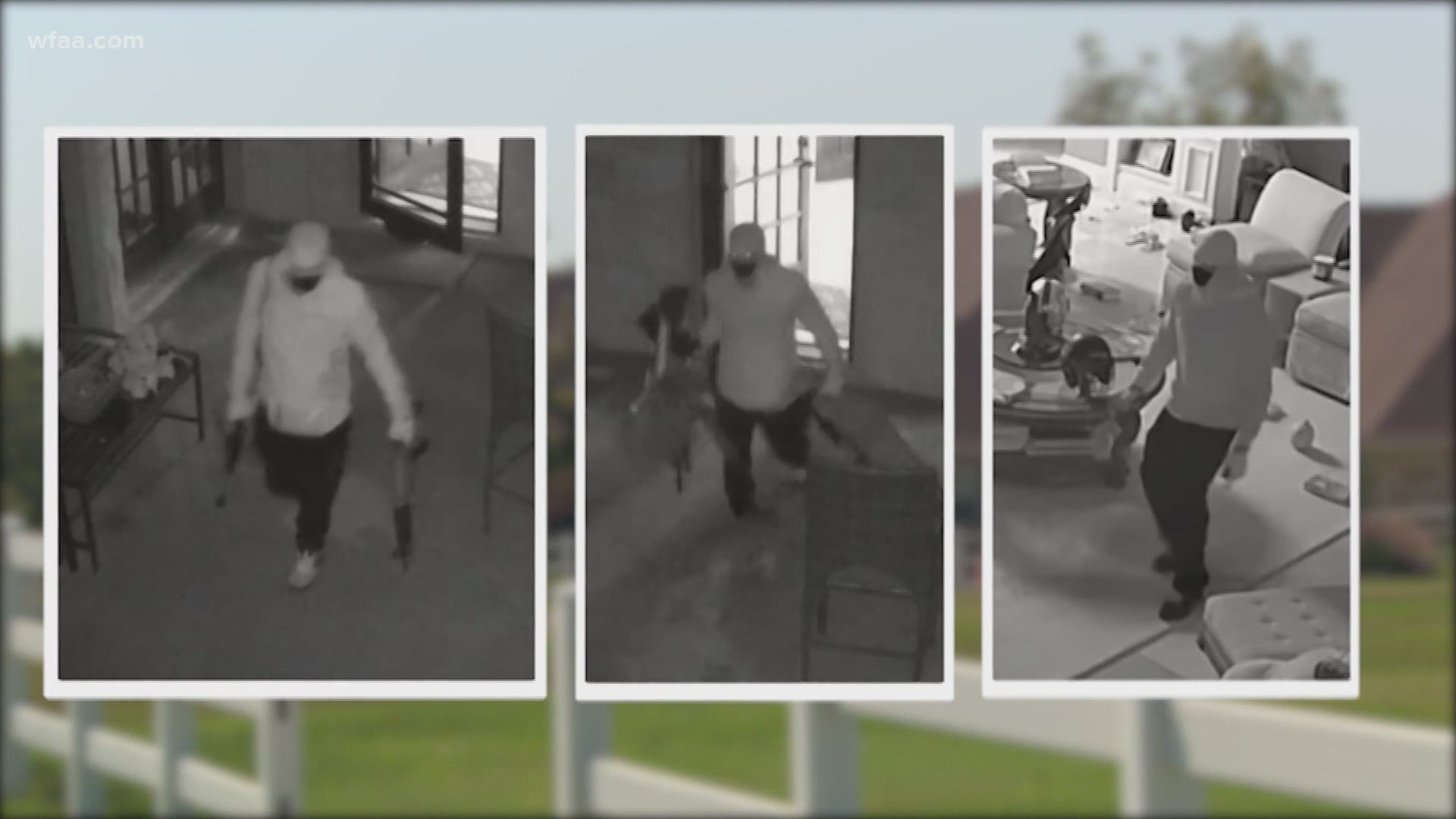 Updated at 4:03 p.m. with additional details from the sheriff's office.

The Tarrant County Sheriff’s Office is asking for the public's help finding two suspects connected to a home invasion.

According to authorities, two men wearing light-colored hoodies, dark-colored pants, masks, and gloves entered a house, zip-tied the family, and held them at gunpoint demanding money.

The incident occurred around 11:15 p.m. Tuesday near the 5300 block of Hidden Valley Court in south Tarrant County.

Deputies said the father and son were able to get free. The son fought one of the intruders.

The second intruder shot the son in the abdomen and right arm before the father shot at both intruders while they left the house, officials said.

“The father heard the gunshots was also able to break free from his zip ties, was able to get a gun, and returned fire as the suspects fled the scene,” Tarrant County Sheriff’s Office Lieutenant Jennifer Gabbert said.

The son was transported to the hospital and is expected to survive his injuries.

The intruders were able to get away with "some" guns, a watch and two wallets. Authorities did not say how many firearms were allegedly stolen.

The sheriff's office said video surveillance cameras at the home allowed to get a few photos of the suspects.

"We also believe that we have some other video that we may be collecting from around the area on other surveillance cameras," Gabbert said.

“We just ask that the public, anything that you may have heard or seen the prior evening that you believe to be suspicious, if you have video that runs surveillance in the area, we’d certainly like to hear from you,” said Gabbert.