Testimony: Three charged in connection with mummified remains blamed each other

A judge heard enough evidence against 2 women charged with tampering with evidence to send the case to a grand jury. 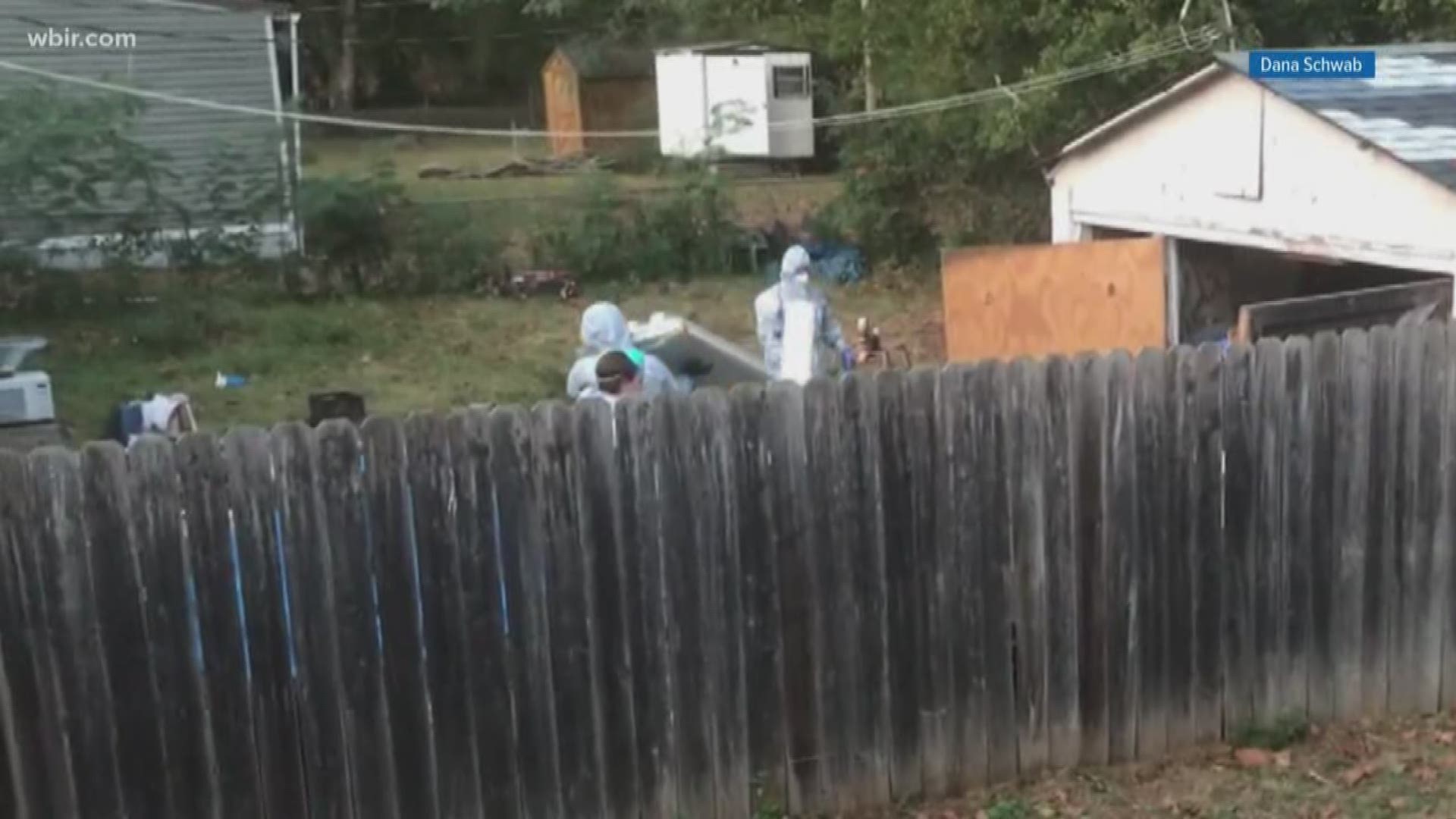 A third defendant who was previously ill, Tommy Rose, is expected to appear in court Tuesday morning on charges of abuse if a corpse and tampering with evidence.

Investigators said Rose has not been charged with Moore's murder but is considered a suspect.

McCormack and Gister appeared in court earlier this month. A grand jury will review their cases.

A Knox County judge ruled Thursday that there was enough evidence against two women charged in connection with the mummified remains of a man to go forward to a grand jury.

Deborah Gister, 41, and Christina B. McCormack, 48, were in court for a preliminary hearing this morning on charges of abuse of a corpse and tampering with evidence.

A third defendant facing the same charges, Tommy Rose, was not in court because he was ill.

All three were charged after a tip led investigators to their home on Greenfield Lane in North Knoxville on Oct. 6. The mummified remains of Donald Moore were found wrapped in a tarp in a shed.

Investigators believe that the three were involved with killing Moore and hiding his body, though none of them are charged with murder at this time. They believe the motive behind the killing was to use Moore's social security benefits.

A KPD violent crime investigator and patrol officer testified at the hearing, both saying that the three bickered among themselves while they were sitting on the front porch of the house and seemed to be pointing the finger at each other.

Investigator Madison said officers could smell a decomposing body when they entered the backyard, but Rose, whose name was on the lease, would not give permission to search the shed. It took a couple of hours to obtain a warrant that would allow officers to go into the shed.

He testified that Gister gave conflicting statements after her arrest about what happened. At one point she said that she poisoned Moore with phenobarbitol belonging to McCormack, then later said that McCormack stabbed Moore in the eye. She also told different stories about how Moore's body got into the shed, according to Madison. One time she said all three were involved and another time claimed that she and Rose hid the body while McCormack left with the shirt that Moore was wearing when he was killed,.presumably to get rid of the evidence.

Madison also testified that Gister said "they began to use his card" after Moore was killed.

He also testified that a bank statement belonging to Moore was found in Gister's room. Several withdrawals had been made after Moore's death, but the card has not been found.

Madison also testified that they learned that Moore's mattress was disposed of because it had body fluids on it.

Gister was also charged with aggravated assault for an attack on her son.

Officer Sands testified that Gister's 8-year-old son was initially asleep in the house when officers arrived, but she went inside and got him at some point. Sands said Gister kept making random statements that she would not be separated from her son.

Finally, Sands said Gister picked up a screwdriver from the ground and held it to her son's throat, repeating that she would not be separated from her son.

Officers pulled their weapons and ordered Gister to drop the screwdriver, but she did not comply. Finally, Sands said that Rose, who was standing behind Gister, grabbed the boy to pull him away and that Sands grabbed the arm holding the screwdriver at the same time. Together, they and the other officers were able to get the boy away and Gister on the ground and handcuffed.

Sands said that he asked the boy if he was okay, and the child replied, "She tried to kill me." At that point, Sands said that Rose was holding the boy and crying and that Rose said: "I knew she was going to do it she's tried before."

Gister was put into a patrol car, where Sands said she tried to kick out the window.

Prosecutors said in court that the medical examiner had still not been able to determine for sure what killed Moore because of the condition of the body, but there was an injury consistent with an assault.