Ashley Forney is accused of sticking a gun into the gap of a police SUV's window and opening fire following a dispute. 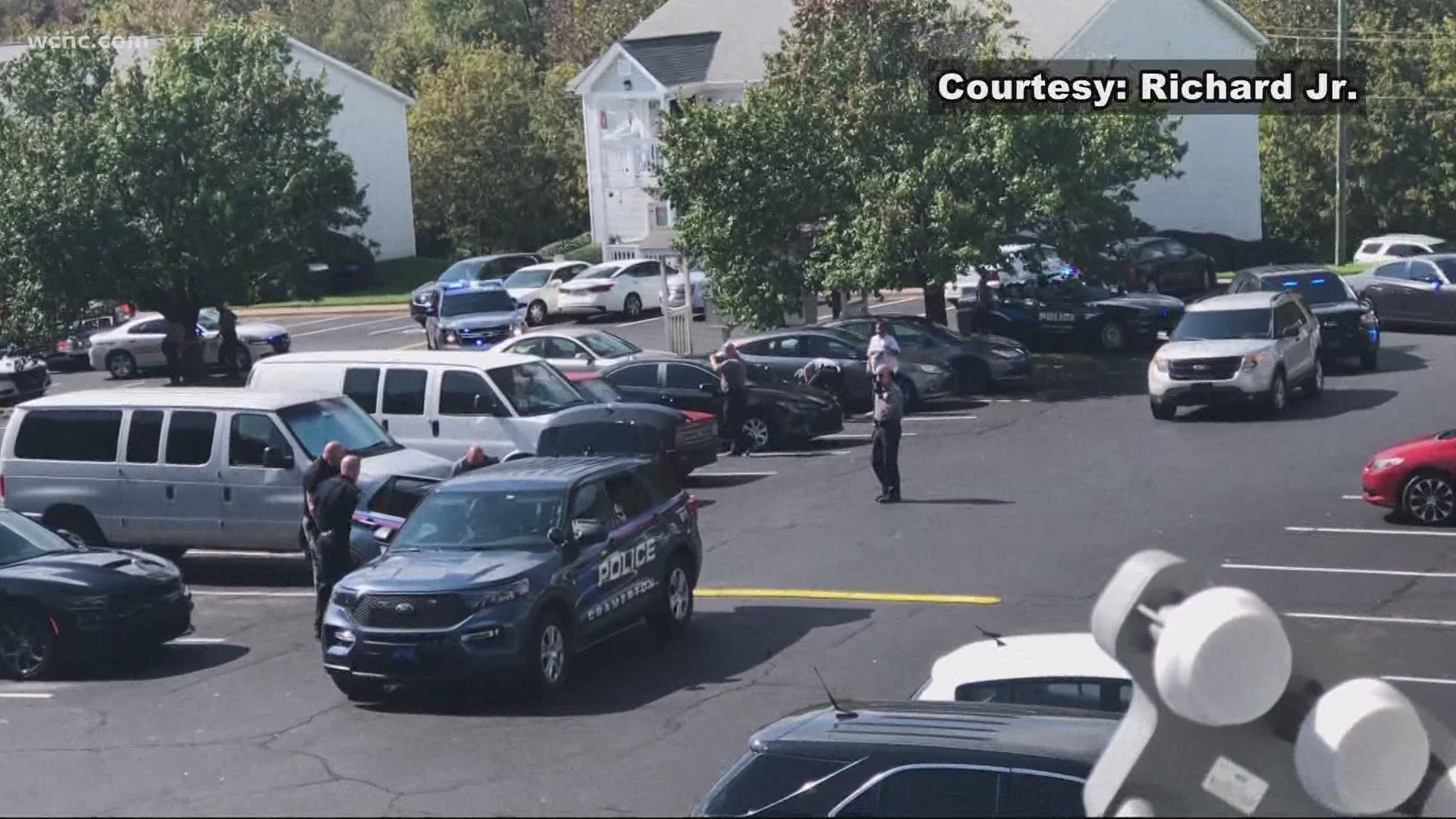 CRAMERTON, N.C. — Cell phone video obtained by WCNC Charlotte shows the frantic moments after officers said a woman shot a man while he was handcuffed in the back seat of a Cramerton Police Department vehicle.

The shooting happened Tuesday afternoon when officers responded to a civic disturbance at the Hampton Meadows Apartment Homes off 8th Avenue near downtown Cramerton.

Both police and a witness said before officers arrived, someone brandished a handgun in front of the people involved in the incident.

According to investigators, after officers arrived to the complex, they detained Jamario Springs and placed him in the back of a police SUV.

As officers tried to calm people down, detectives said Ashley Forney retrieved a gun, stuck it inside a gap in the SUV's back window and shot Springs multiple times.

Springs was airlifted to Atrium CMC in Charlotte, where he's recovering from several gunshot wounds.

According to Khrystyan Pittman and another neighbor, Forney had been in a weeks-long dispute with a group of people who lived across from their building.

"She's a nice person, you know, but she do have problems, you know, with other people," Pittman said. "I was really surprised to see that over here because crime doesn't happen over here."

"If this individual does live, this missed being a murder by about a millimeter," Smith said.

In response, Forney asked for a lower bond.

"This male suspect came to my house with a firearm and tried to shoot me in broad daylight in front of my son, and the gun jammed," Forney said. "My bond should not be set at a million dollars."

However, Judge James Jackson agreed with Smith and set a $1 million bond.

Forney has a probable cause hearing scheduled for next month.