Derrica Wilson and her sister-in-law, Natalie Wilson have spent the last 15 years shining a spotlight on missing persons of color. 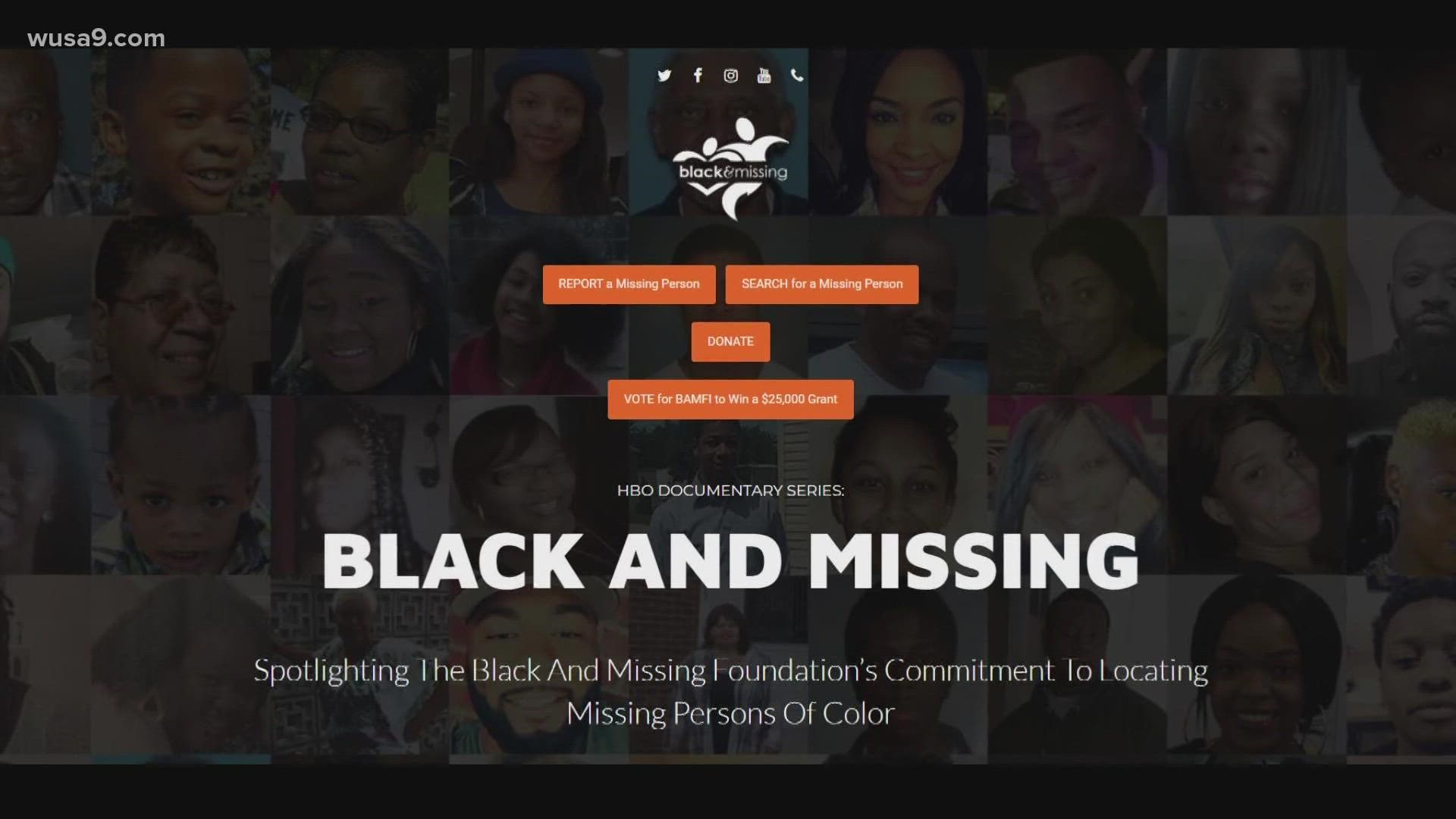 WASHINGTON — Thousands of families in the U.S. are currently living a nightmare. Their loved ones are missing, and they are desperate to bring media and police attention to their cases.

For nearly 15 years, the Black and Missing Foundation has been trying to help those families, shining a spotlight on missing people of color.

“It’s rallying around these families to really see what their struggles are, and more importantly how do we correct this injustice that’s been done over the years,” said Derrica Wilson, co-founder and CEO of Black and Missing Foundation.

RELATED: Help us find us: Black and Missing Foundation hopes to bring attention to missing minorities

Their work is now the focus of a new HBO documentary, premiering Nov. 23.

“They will get a bird’s eye view of what the families are going through, and the challenges that we face trying to get media coverage, trying to get law enforcement to add critical resources to the case,” said Natalie Wilson, co-founder and CEO of Black and Missing Foundation.

The foundation’s work has been crucial in the search for missing people like Akia Eggleston. The missing Maryland woman was 8 months pregnant when she vanished four years ago.

“We still have the same answers, which are none. We’re still obviously looking for Akia and her son. We’re looking for two people, not just one,” said Shawn Wilkinson, Eggleston’s step-father.

The documentary also takes a look at several other local cases like Relisha Rudd. The 8-year-old girl who disappeared from a homeless shelter in Northeast D.C. on March 1, 2014.

RELATED: It has been 7 years since Relisha Rudd disappeared. Here's how the community is making sure her case is not forgotten

It also highlights the case of Pamela Butler, a D.C. woman whose partial remains were found more than eight years after she vanished.

According to statistics from the National Crime Information Center Missing Person and Unidentified Person files in 2020, 543,018 people were reported missing last year. Of those people, nearly 40% were a minority.

Those working tirelessly to bring the missing home, hope this attention will help those families still out there looking for closure.

The four-part docuseries premieres on HBO and HBO Max Nov. 23 at 8 p.m.