According to a statement from the Corbett family, the Davidson County District Attorney won't seek a retrial in the murder of Jason Corbett. 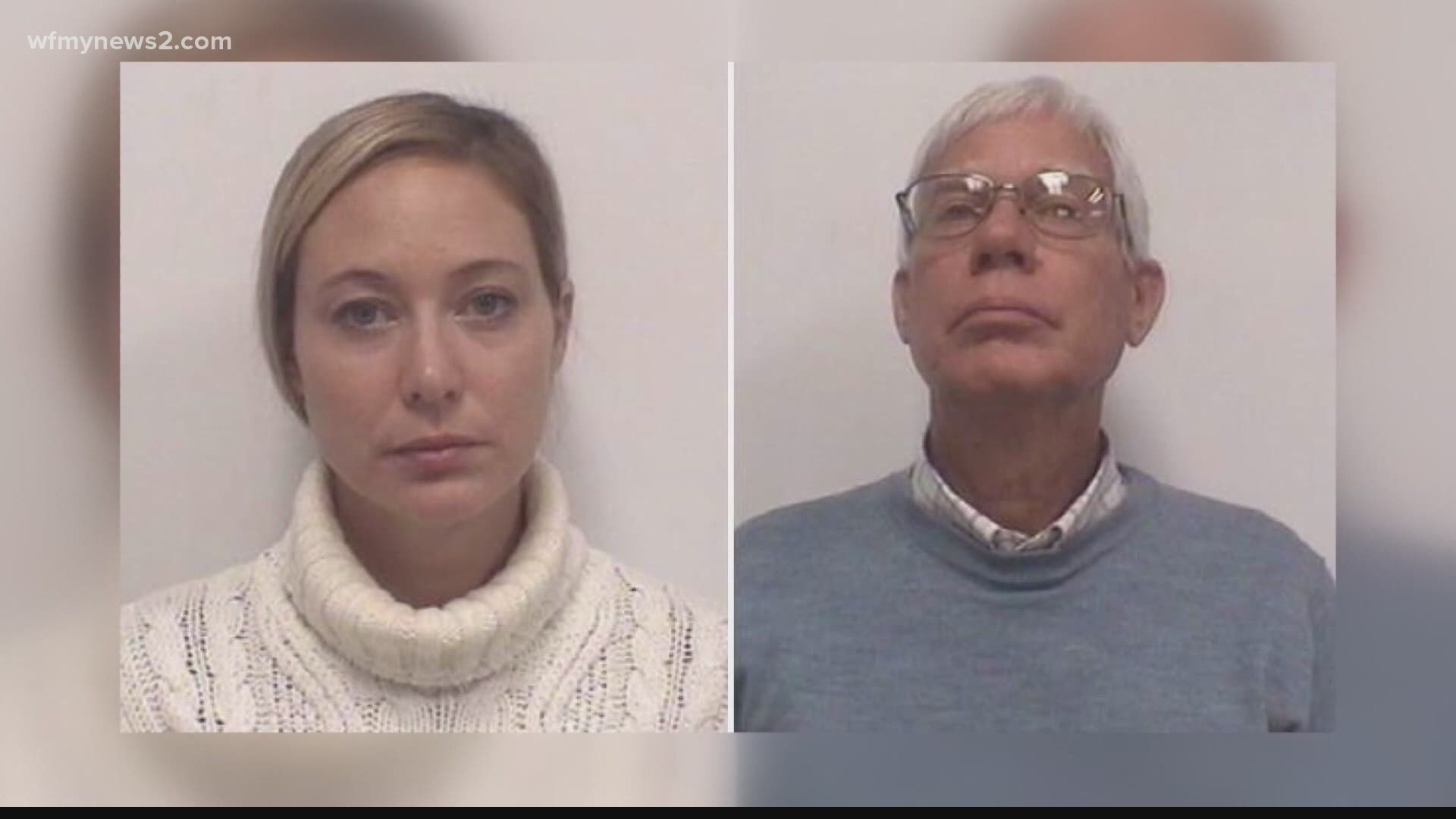 DAVIDSON COUNTY, N.C. — There’s been a new development in a high-profile Davidson County murder case. The suspects accused of killing an Irish businessman may not head to a second trial.

The family of the victim, Jason Corbett, released a statement, which reads in part:

“We are devastated that the District Attorney for Davidson County has decided to offer a plea deal, and not seek a retrial.”

WFMY News 2 is working to get more details from the Davidson County District Attorney's office about the reported plea deal, and what's next for Molly Corbett and her father Tom Martens.

Jason Corbett moved to Davidson County after marrying Molly Martens. He was beaten to death with a brick paver and a baseball bat in 2015.

Molly and her father were charged with Jason's death but said they acted in self-defense.

In 2017, a jury found Molly and Tom guilty of second-degree murder in Jason’s death. They were both sentenced 20-25 years in prison.

But in February 2020, an appeals court overturned the convictions because of errors in the case.

The case reached the North Carolina Supreme Court, and in March, the court ruled Molly and Tom could get a new trial, saying the pair was unable to ‘fully and fairly present their cases’ due to omitted testimony.

“We are devastated that the District Attorney for Davidson County has decided to offer a plea deal and not seek a retrial of Tom and Molly Martens who admitted killing Jason Corbett, leaving his children, then aged 10 and eight, orphaned. What does it say for justice in North Carolina that you can drug a father of two, then beat him to death with a baseball bat and a paving brick, literally crush his skull, and still escape a murder conviction?

What does it say for justice that you can escape a murder conviction so long as you have deep pockets and deep connections? Would Molly and Tom Martens have avoided a retrial if they weren’t wealthy with deep connections to the FBI? From the night of the murder, when Tom Martens, a former FBI agent, and his daughter, Molly, were driven back to the scene of the crime within six hours of their arrest and allowed to remove vital evidence from the scene - our family has had to fight a constant battle for justice for Jason.

We are grateful to the detectives who listened to the truth about Molly Martens, and gathered evidence showing she was a dangerous, lying fantasist with a history of mental illness who drugged Jason with Trazodone sleeping pills that had been prescribed to Molly Martens two days prior to Jason's death. The detectives provided ample evidence for the District Attorney to successfully prosecute Molly and Tom Martens for second-degree murder in 2017. A jury unanimously convicted both. When the Supreme Court of North Carolina voted by a four to three majority to grant a retrial last month, they did so for two principal reasons. One reason was a technicality relating to blood found on the inside hem of Tom Marten’s boxer shorts, blood which showed Tom Martens had been standing over Jason beating him with a baseball bat from a height of less than two feet while Jason was on the ground. Though the other blood spatters on Tom Marten’s boxer shorts had been tested and confirmed as blood at the North Carolina State Laboratory the blood samples inside the hem had not been. On this basis, the Supreme Court said the blood spatter expert’s testimony should be set aside. The evidence still sits in police evidence bags, and would only require a retesting of those blood samples to allow this evidence to be used in a retrial. It is inexplicable to our family that District Attorney Garry Frank has chosen not to do this and not to proceed with a retrial.

The second reason the Supreme Court majority set aside the unanimous verdict of the trial jury was because of statements made by Jason’s two children - then aged ten and eight - to social workers in interviews which took place immediately after a funeral service for their father - a funeral service Molly Martens banned Jason’s own family from attending.

Jason’s two children, now aged 16 and 14, traveled to North Carolina this week and spent days giving statements to detectives outlining how they were terrified when giving those statements to social workers because Molly Martens had perpetrated years of abuse of the children. The children told detectives how they had been coached and intimidated by Molly Martens into lying to the social workers. They had been compelled to lie and claim that they had witnessed domestic abuse in the house. The children were coached from the night of the murder in what to say when asked. The children recanted those statements once they returned to Ireland and were safe. This week they detailed for Davidson County detectives the long history of child abuse perpetrated against them by Molly Martens. The children also detailed for detectives how they saw key items of evidence - such as Jason’s phone and two of his computers - in Molly’s family’s possession in the days after the murder. These items were never found, as they would have proved that Jason was planning to return home to Ireland with the children. They would also have proved that Jason's life assurance policy was changed a year before his death to make Molly the sole beneficiary.

The simple truth is Molly Martens killed Jason Corbett to get his children. Today the District Attorney for Davidson County has let her and her father get away with murder.”