Pineville Police said an employee at TDLR opened fire and killed a man during a confrontation at the store Sunday afternoon. 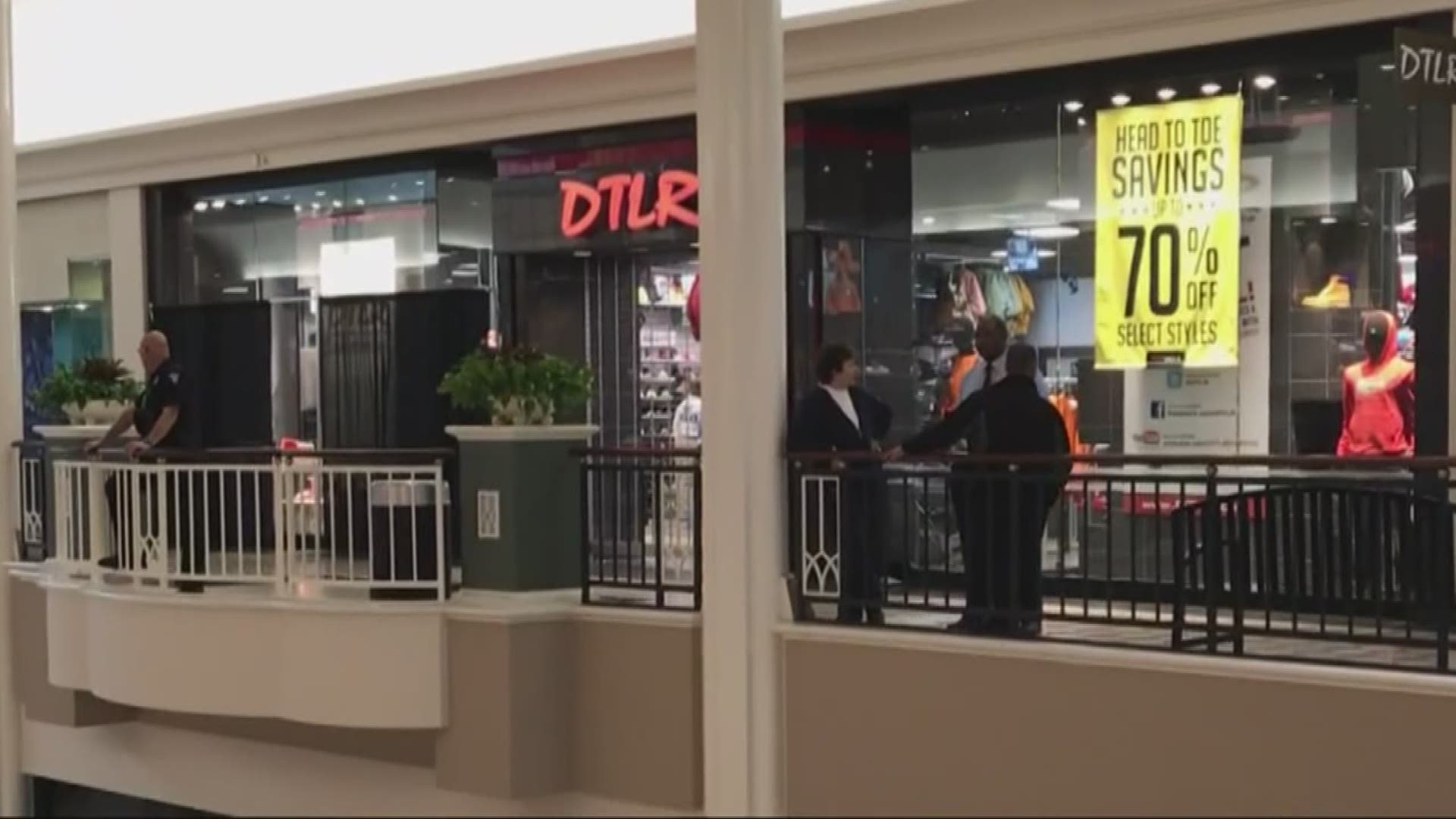 PINEVILLE, N.C. — An employee at Carolina Place Mall shot and killed a man during a confrontation Sunday afternoon, police said.

According to Pineville Police, officers responded to a shooting at the DTLR store in the mall around 12:15 p.m. Medic said the victim, identified as Khali Amir, Holmes, 24, was pronounced dead at the scene a little before 1 p.m. 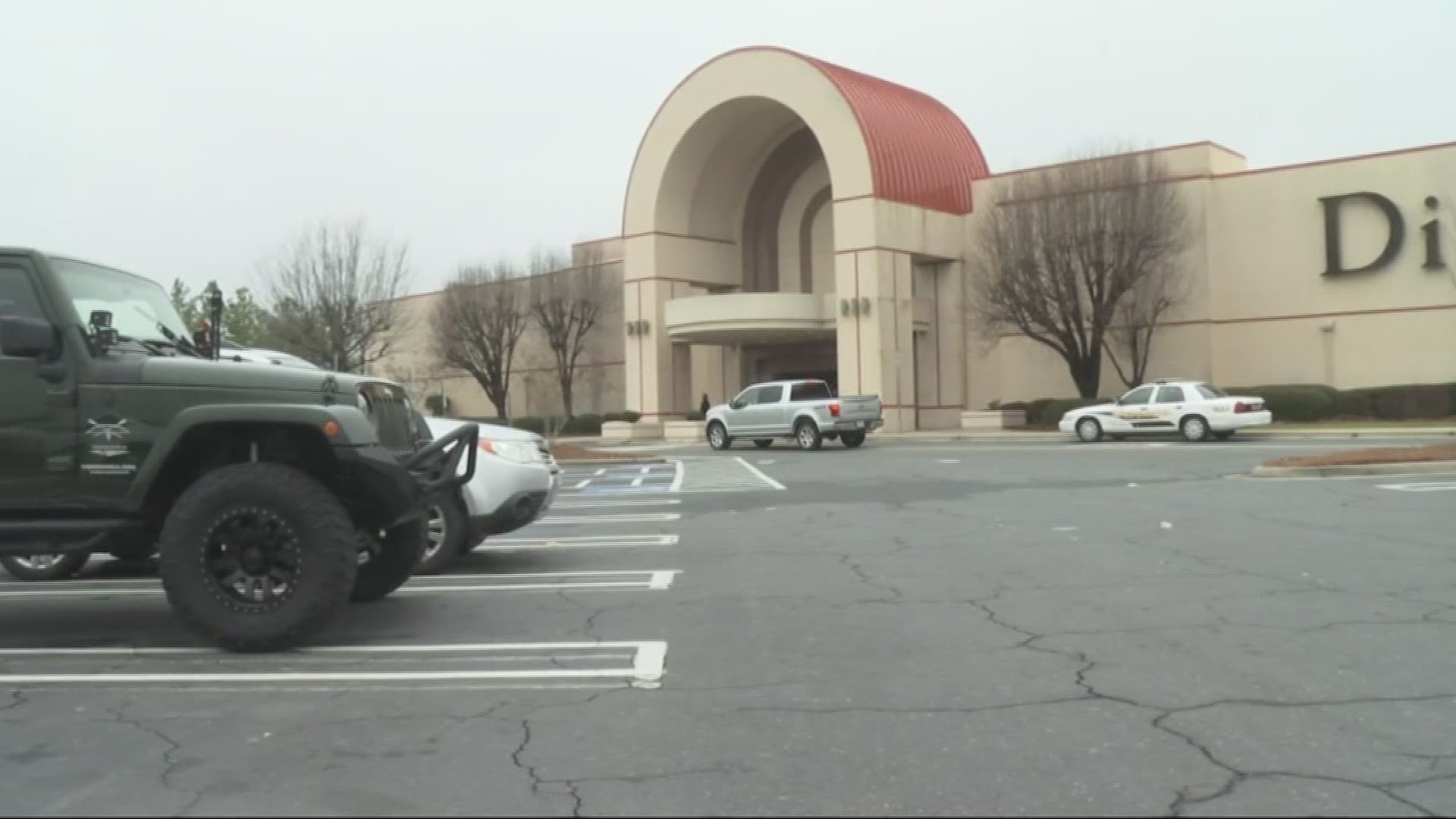 Pineville Police said the shooter turned himself in about an hour after the shooting. Detectives believe Holmes was shot after starting a physical confrontation with the suspect, a DTLR employee, inside the store. Police believe the shooting was a result of an ongoing dispute between both men. There were no other injuries or risk to the public, according to police.

Detectives have not identified the suspect. As of 6 p.m. Monday, no charges have been filed.

A Pineville Police spokesman said investigators are reviewing more video and interviewing potential witnesses and they're working with the Mecklenburg County District Attorney's Office throughout the investigation.

Police say everyone is being helpful and cooperative with the homicide investigation. Pineville Police said just because charges have not been filed does not mean there are no pending charges. That is why the suspect has not been named in the case. 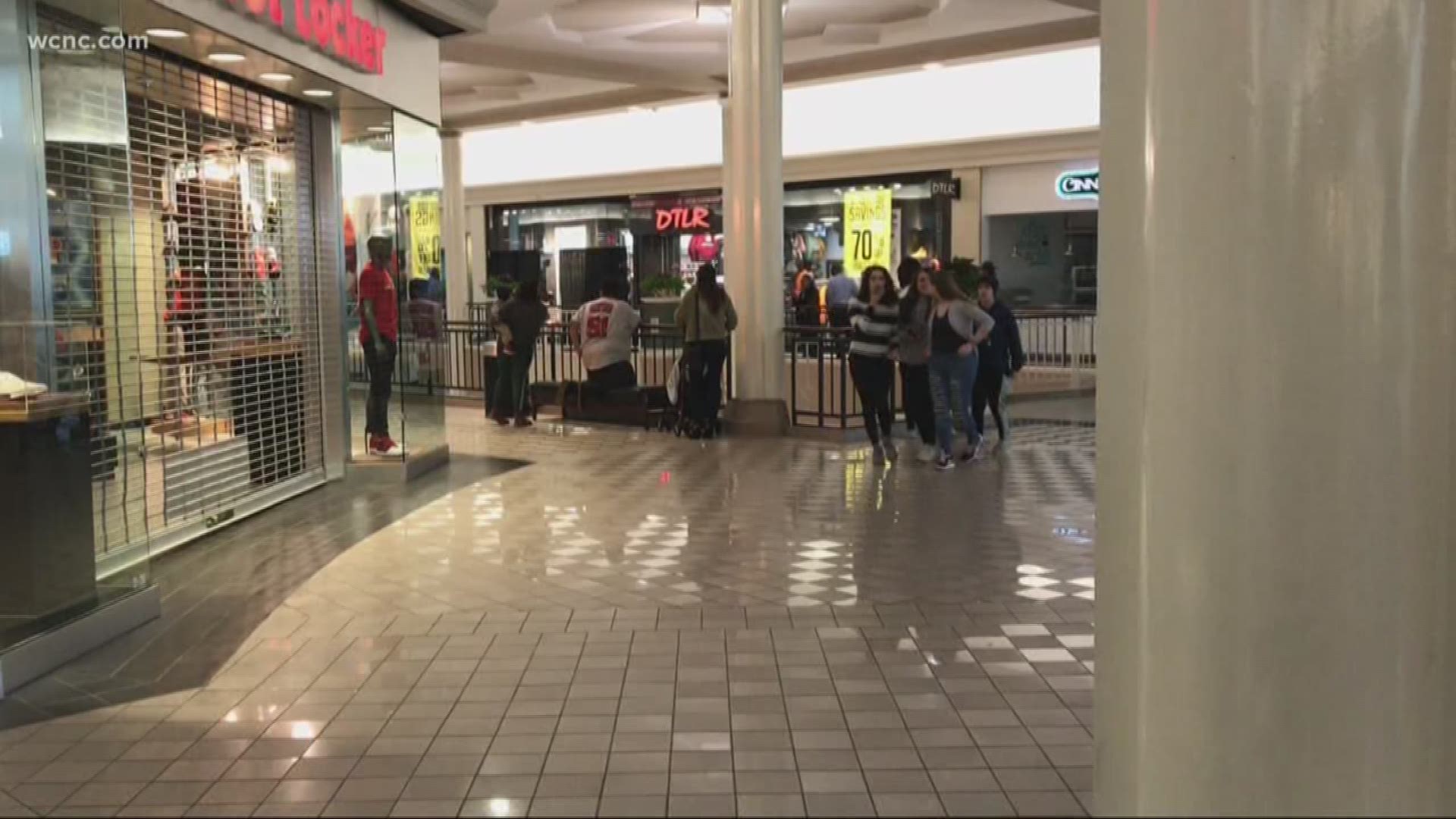 Police secured the gun, but they haven't released who the gun belongs to. Officials say guns are not allowed in the mall, so police are trying to find out how the gun was on the premises to begin with.

“They’ll still have the great staff they have for mall security officers that are there, as well as other eyes that are in their camera room," Lieutenant Corey Copley of the Pineville Police Department said. It should be business as usual. I can’t imagine them taking any extra precautions at this time.”

The mall remained open for shoppers and did not go into lock-down.

Maria Thrasher and her son were shopping at the mall minutes after the shooting happened.

"My son had said, 'Ma, I think we need to leave. I don't have a good feeling. I think there's something wrong,'" Thrasher said.

Thrasher says shoppers weren't allowed on the second floor near DTLR but weren't told why. Police and security made rounds until closing time, but investigators don't expect any major security changes when the mall re-opens Monday.