Officers went door-to-door in High Point Tuesday to try and foster a partnership with the community. 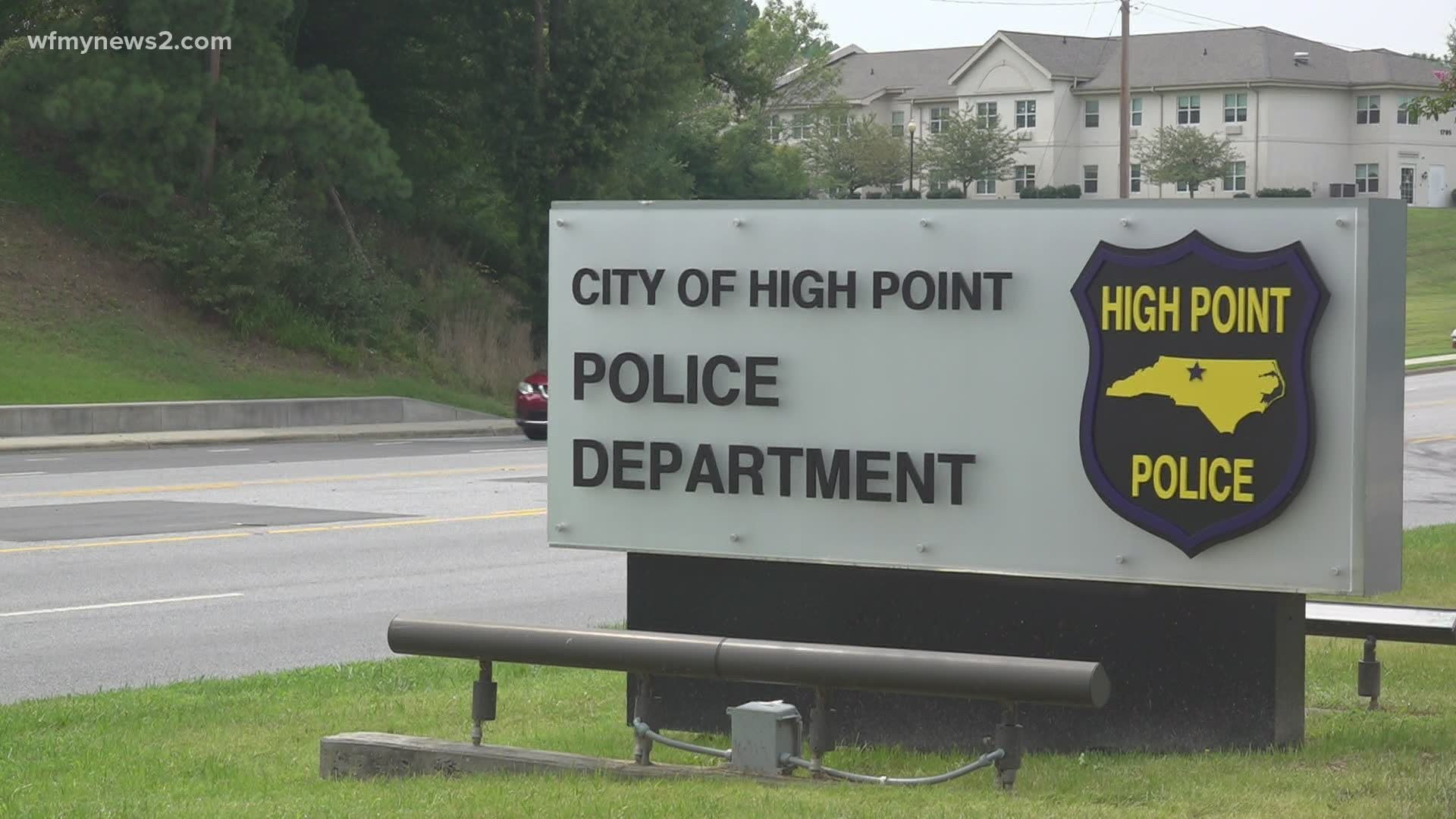 HIGH POINT, N.C. — We are all waking up to the news of a shooting, whether it's Greensboro, High Point, or Winston-Salem, it seems every day.

Officers went door-to-door Tuesday in High Point, to try and foster a partnership with the community. Officers said relationships are critical, to stopping the violence

The number of homicides in the city of High Point is on the rise. So far this year, there have been 10 homicides. That is compared to 3 at this time last year. There were a total of 19 homicides in 2019.

Lt. Matt Truitt is the public information officer with High Point police. He said when you compare the numbers before the pandemic they are more consistent.

Keep in mind, more people are going out after COVID-19 restrictions eased up since last year.

Last week there were two homicides in High Point. Investigators arrested a man they said beat his 6-year-old son to death and a 15-year-old was shot and killed.

RELATED: 'Barrage of shots' heard as killed teen who was breaking into cars in High Point, police say

Arrests were made in both cases, but investigators went around the community to try and gather more information.

"The way we're going to stop violent crime is to work as a partnership both with the neighbors, with the community, and with the police department," MacFarland said.

Although homicide rates are higher, other crimes are trending down.

"When you look at the numbers here for violent crimes you're talking rapes are down 52%, robberies are down 24%, robbery with a firearm is down 37%, aggravated assaults are down 13%," Truitt said.

Winston-Salem police said they've seen a slight rise in homicides. So far, this year there have been 19 and last year there were 15 at this point.