Why didn't our phones receive an Amber Alert notification about missing Fort Worth girl?

The National Center for Missing and Exploited Children says they send out those alerts at the direction of the agency that sends them the information. In this case, DPS sent it. 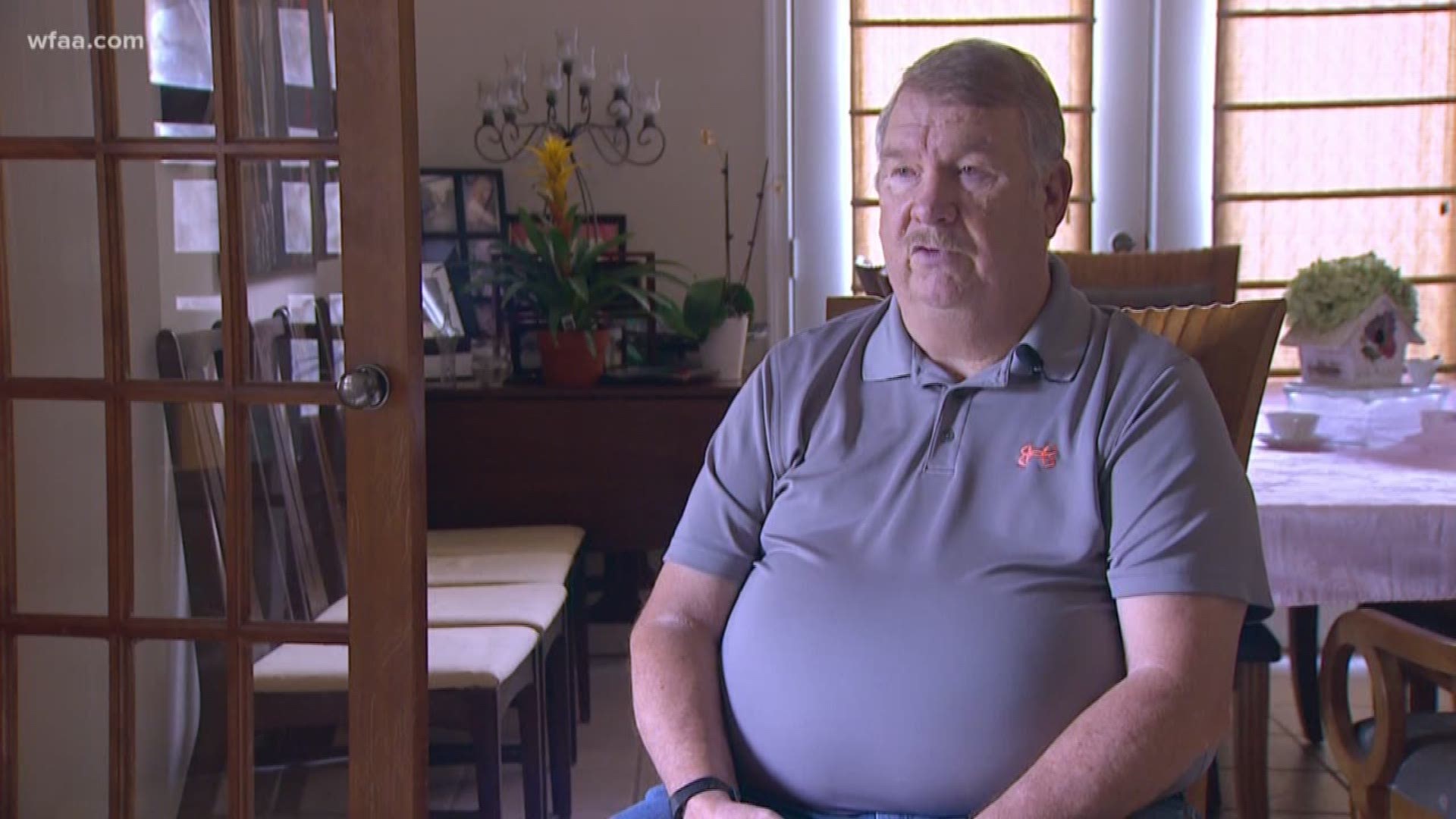 FORT WORTH, Texas — In the minutes and hours after we learned an 8-year-old girl had been snatched by a stranger from a Fort Worth street, people like Curtis Heath set out to look for her.

"We searched behind every gas station," he said. "It felt hopeless. We felt desperate."

But in the chaos of it all, he couldn't help but wonder why an Amber Alert never showed up on his phone.

"Everyone we ran into kept saying, 'Where's the Amber Alert? Why didn't I get an Amber Alert?'"

Questions like those are all over the Amber Alert Facebook page. But the answer, it turns out, is a complicated one.

Fort Worth Police told us they gathered and sent all the necessary information and documents to the Amber Alert Center at DPS in Austin at 9:14 Saturday night, about two-and-a-half hours after they responded to the abduction call.

And according to Robert Lowery, who oversees the missing children division for the National Center for Missing and Exploited Children, his organization received the Amber Alert information from DPS almost two hours after that-- shortly after 11:00 PM. Lowery says they then put out an Amber Alert online and on billboards, but did not activate the phone alert because of the late hour.

"When we do wake up the public, they have a tendency to disable that feature on their phones," Lowery explained. "It becomes detrimental the next time we need to alert the public."

That said, Lowery says it wasn't his agency's decision; it was the decision of the agency they got the information from.

"Certainly if they tell us to activate it at that hour, certainly we'll abide by those requests," he explained. "We don't make that final decision, but we discourage anything that late."

Fort Worth Police also says DPS told them they would wait until 6:00 AM to send phone alerts. A spokesman told WFAA they wanted it to go out as soon as possible.

DPS responded to our questions about this late Wednesday night. They gave the following timeline of events:

"On Saturday, May 18, after receiving a request from the Fort Worth Police Department (FWPD) to issue an AMBER Alert for eight-year-old [name redacted], DPS immediately began the process of determining whether the criteria would be met for an AMBER Alert. Even though the information provided to DPS did not fully meet the required criteria, DPS decided to issue an AMBER Alert. (Prior to the alert being issued, FWPD was advised that because license plate information was not available, there would be no notifications on TxDOT billboards.)

At approximately 11 p.m., the AMBER Alert was posted on the @TX_Alerts twitter account and distributed to law enforcement statewide (including all border stations).

Additionally, an emergency alert system notification was disseminated statewide (through the National Weather Service) to television and radio stations without the alert tone as part of the normal procedure.

DPS was advised by the National Center for Missing and Exploited Children (NCMEC), which issues wireless emergency alerts, that they would send the AMBER Alert to mobile devices at 6:00 a.m. Sunday if the child had not yet been recovered. (The current practice in Texas is that wireless alerts are not distributed between the hours of 11:00 p.m. and 6:00 a.m.)

"What I say every time I'm ever questioned about this-- remember, sometimes seconds and minutes count," said Former Tarrant County Sheriff Dee Anderson.

Anderson helped create the Amber Alert in the 1990s. He saw multiple issues with how all of this went down, including another issue in which FWPD say they failed to fax regional emergency alert information to radio stations, which would've disseminated that to all the media.

"I think the question was, why the delay?" Anderson said.

That's the question Heath has, too.

"Everyone is talking about it," he said. "Everyone's furious."

Because a little girl's life was at stake.