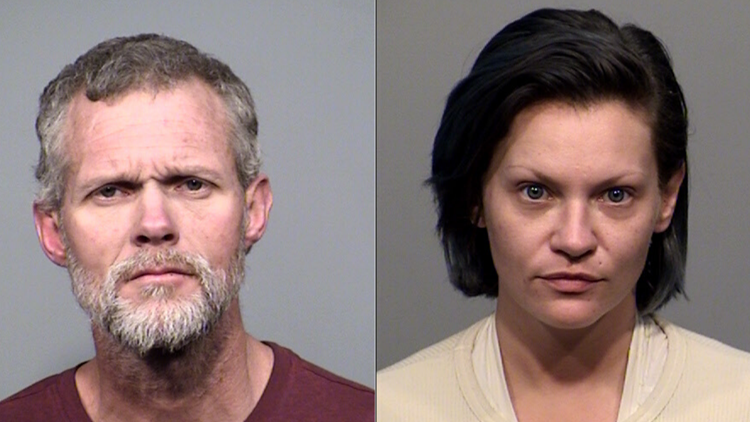 CAMP VERDE, Ariz. — A woman is accused of stealing a man's credit card information in order to bond her boyfriend out of jail.

The alleged fraud was discovered after the victim reported more than $13,000 was charged to his credit card for the bond of Michael Ellison, 40, a transient who was in the Camp Verde Detention Center.

The victim said he had used the card to book a room at a Sedona area resort on Nov. 28. The next day, he noticed the $13,625 charge on his card. The victim told Yavapai County Sheriff’s Office investigators he has no connection to Ellison.

The transaction happened through an online bonding service, investigators say.

Ellison was released from jail, despite efforts to stop the transaction from going through. He was in jail on drug charges.

There were allegedly other attempts made to post bond using other resort guests' credit card information.

The Valley of Oak Creek resident was arrested a week after detectives got the case. Sizelove reportedly denied the allegations.

Ellison was taken into custody a few weeks after Sizelove's arrest during a traffic stop where he was reportedly in possession of stolen jewelry taken during a burglary in Cornville.

RELATED: How NOT to be scammed this holiday season

RELATED: Banks want to mine your spending data for extra revenue

RELATED: Details released about alleged fraud at clinic for children with disabilities