The assistant DA said even though what happened was horrible, it doesn't meet the legal criteria for felony child abuse charges. 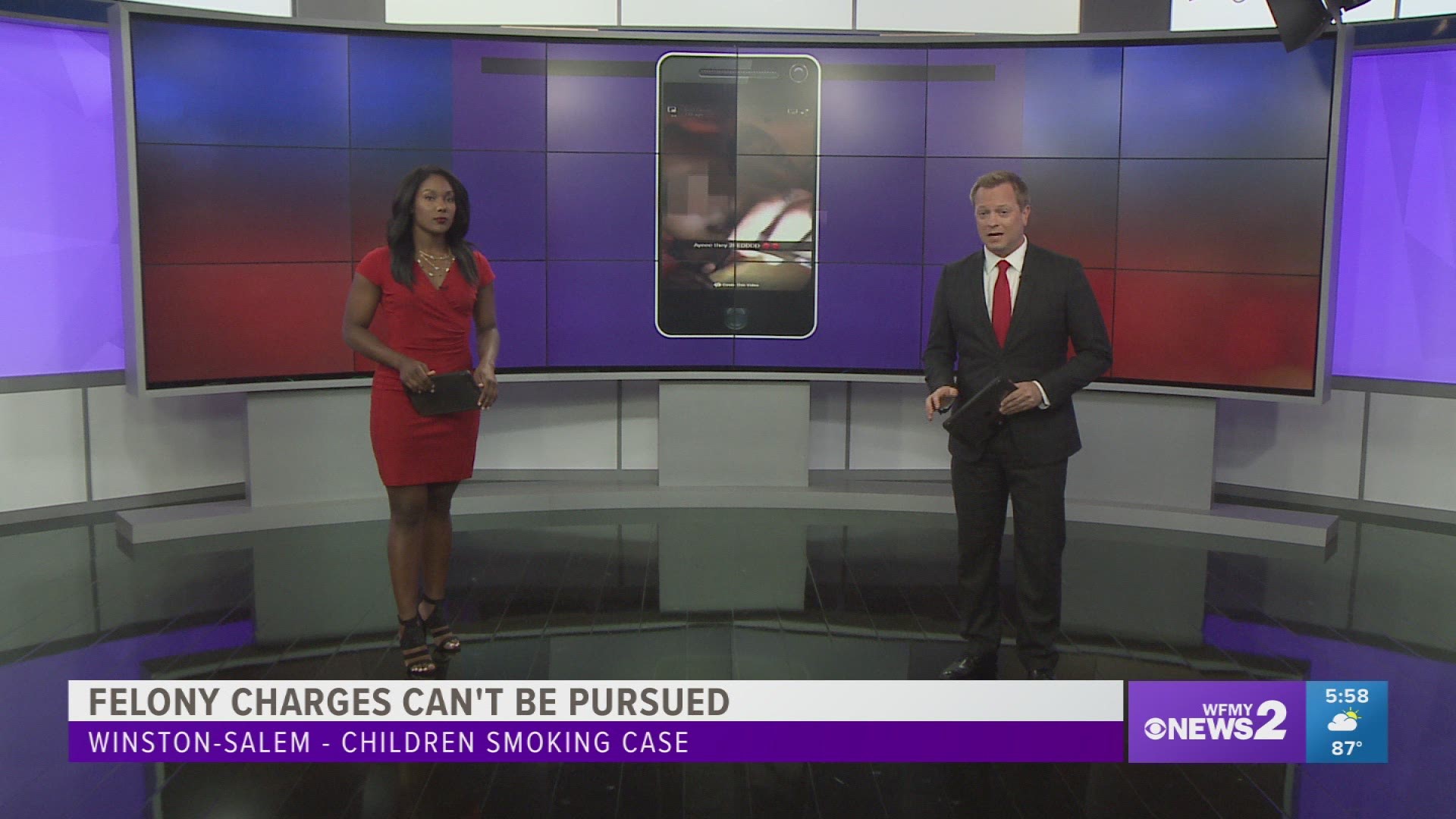 WINSTON-SALEM, N.C - Prosecutors in Forsyth County have said they are unable to pursue felony child abuse charges against two Winston-Salem women who were arrested for allegedly getting children to smoke marijuana.

Police identified 21-year-old Michaela Pearson and 18-year-old Candice Little in a viral video which Pearson posted to SnapChat. Several followers reposted the video to Facebook and contacted Winston-Salem Police. The women were arrested Tuesday night. Investigators said the women gave marijuana to a 3-year-old, a 2-year-old and an 18-month-old.

"The law in North Carolina as it stands now, we would need to prove serious injury, serious bodily injury and at this point, we do not have that," said Sara Loebner, Assistant D.A Forsyth County.

Loebner said prosecutors would look to pursue misdemeanor child abuse charges in this case instead.

It is the highest level of a misdemeanor in the state and the women still face some jail time.

"We are still in the process of reviewing the case and we have more evidence to collect and at this point, we are waiting on other reports like medical records and things like that. But we feel like right now, the way the law is written, we cannot go forward with the felony charges as they stand," concluded Loebner.